Passport, please: Vaccine passport seems to be the most desirable travel document currently

But could it become an inevitable part of our future? 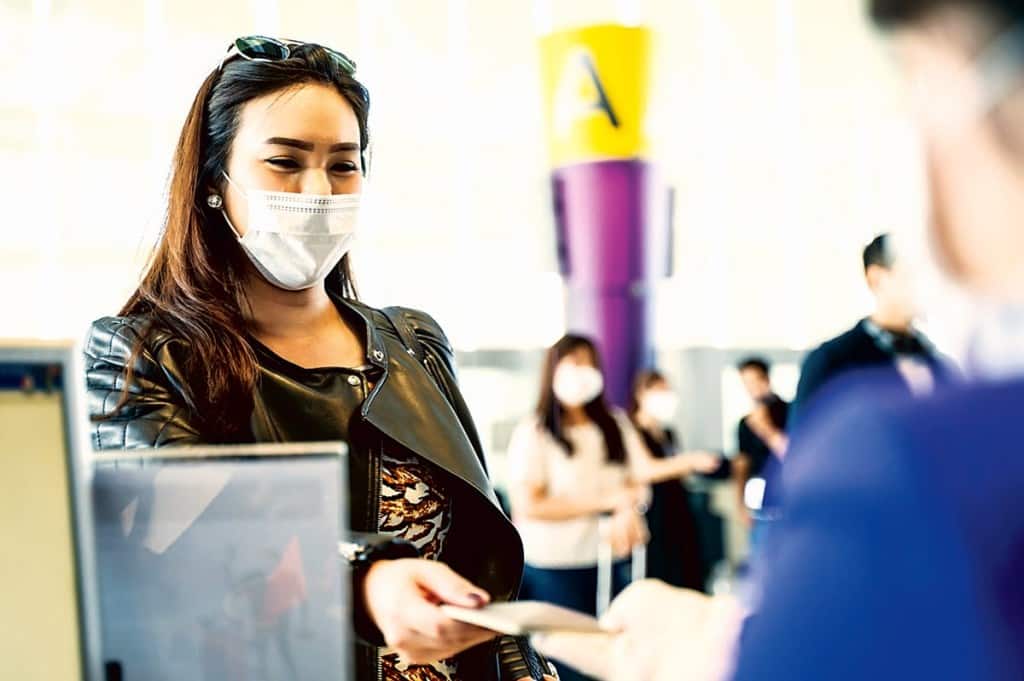 The European Commission is also proposing to create a Digital Green Certificate to facilitate free movement inside the EU during the pandemic.

Vaccine passport is currently a hot topic of discussion on social media, among the public and leaders of countries. A digital record with scannable QR codes, it indicates if one has received Covid-19 vaccination or, in some cases, recently tested negative. Naturally, it seems to be the most desirable new travel document, the fastest route to ease travel and accelerate the return to normalcy. But could it become inevitable in the future? Experts feel that the calibrated approach planned by health authorities will require travellers to continue taking all the necessary precautions to ensure their personal health and safety.

Thoyyib Mohamed, managing director, Maldives Marketing and Public Relations Corporation, says vaccine passports will be inevitable in the future as they will protect public health, help restart the economy and remove barriers for travel globally. “Vaccine passports should allow people to prove themselves to be ‘safe’ and bypass mandatory quarantine requirements by different countries. It will serve as a crucial way to loosen restrictions on travel and access to facilities, easing travel to many countries. Maldives is in the process of developing a fair framework for vaccine passports.”

With vaccinations being rolled out in most countries, the passport is a concrete step towards the recovery of the civil aviation and tourism industry.

“A health passport would be of value to ensure ease and convenience in facilitating travel across borders while ensuring strong checks are in place,” says Rajeev Kale, president and country head – holidays, mice, visa, Thomas Cook.

While the logistics of the process are on way, Munnmunn Marwah, COO, Think Strawberries, a tourism representation brand in Gurugram, feels the vaccine passport will be of utmost relevance for travellers. “India has been on the forefront of the vaccination drive and, by the end of the summer of 2021, we should be having significant numbers of ‘safe travellers’.”

Talking globally, China has created digital vaccine passports for its 1.4 billion citizens. A vaccine pass can be used for domestic activities like concerts, weddings or work and is already being used in Israel. New York debuted its own app called Excelsior Pass (a digital proof of Covid-19 vaccination or negative test) in partnership with IBM.

Iceland has also issued vaccination certificates. A Danish vaccine passport app is likely to cause a ‘domino effect’ across Europe as it allows venues to see whether a person has been vaccinated. Hungary is also working on ‘immunity passports’ to prove travellers have never contracted the virus or have antibodies.

The International Air Transport Association, the trade association for the world’s airlines, is making a Travel Pass as a digital certificate, validating a flyer’s Covid-19 test result and vaccination status. The pass will have a global registry of vaccination centres to find testing labs, a lab app to share test certificates digitally. The trials are on for 20 airlines—Emirates, Qatar Airways, Malaysia Airlines, Japan Airlines, Etihad, Air New Zealand and others.

The European Commission is also proposing to create a Digital Green Certificate to facilitate free movement inside the EU during the pandemic.

However, some Republicans in the US and other public figures denounce requiring such certification to travel. The White House press secretary Jen Psaki confirmed that the federal government will not enact a nationwide vaccine passport programme unlike other countries.

As per an April Reuters report, the WHO does not support requiring vaccination passports for travel due to uncertainty over whether inoculation prevents transmission of the virus, as well as equity concerns. “We, as WHO, are saying at this stage, we would not like to see the vaccination passport as a requirement for entry or exit as we are not certain at this stage that the vaccine prevents transmission,” WHO spokeswoman Margaret Harris said.

Twitterati, too, claim this to be a ‘class thing’ which can create a sort of barrier for many who cannot be issued one. Some call it ‘corporate communism’ for private corporations who thrive on capitalism. The US Congresswoman Marjorie Taylor Greene expressed the new mentality when she took to Facebook to denounce vaccine passports as “corporate communism”. As quoted in the American magazine, The Atlantic, she interprets communism to mean “any interference in the right of people like me to do whatever we want, regardless of the rights of others.”

While it would take a while for people in all the countries to get vaccinated, the rhetoric around vaccine passports is a cause for concern. With not enough vaccines to go around the world, vaccine passports should not pose a false sense of security.