The “imputed loss” to UP farmers over 3-5 years, With Paddy prices 15-30% & Wheat Prices 10-15% Below Respective MSPs, easily equals the loan waiver amount. 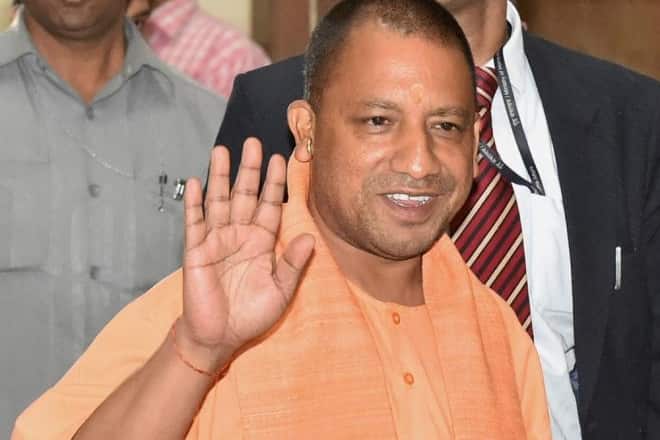 Experts have flagged how the parameters of evaluation may not capture many aspects where Indian universities score over peers across the globe.Punjab, on the other hand, must diversify from paddy to maize, and promote livestock and horticulture in a full value-chain framework. (PTI)

Uttar Pradesh cm Yogi Adityanath has hit the ground running. In his first Cabinet meet, he took three important decisions with regard to farmers: first, he waived off farm loans of more than `36,000 crores, primarily of small and marginal farmers who comprise 92% of the farming community; second, decided on opening 5,000 procurement centres and gradually raising wheat procurement target to 8 million tonnes (mt); and third, set up a committee to look into the woes of potato producers facing collapse in prices. All these pronouncements are unprecedented, and at least show that his heart is in the right place. We welcome that. His decision on farm loan waiver, however, has raised concerns. On the face of it, it looks like a populist measure to appease his voters, as promised in election manifesto. But it may have a contagion effect on Punjab, where Congress also promised a similar move in its manifesto. It may even go beyond that.

Madras High Court has already suggested that the Tamil Nadu government work on a farm loan waiver, and many other states like Maharashtra, Karnataka and even Kerala, having experienced drought recently, may follow suit. Since the payment has to be made through state finances, one will have to wait and watch whether it becomes an all-India phenomenon or not, and how it will impact the culture of credit in future. Is farm loan waiver a “solution” to farmers’ woes? Certainly not. But looking at it from a wider perspective, it appears partly “atonement” for failed farm policies and partly “appeasement”.

Let us explain this a bit with respect to UP. UP produces 30 mt of wheat and about 20 mt of paddy (13 mt of rice). But its procurement levels have remained pitiably low, despite wheat prices often hovering 10-15% below minimum support prices (MSP) and paddy prices going even 15-30% below MSP. If one computes this “imputed loss” to farmers for not having received MSP over a 3-5-year period, it will easily equal the loan waiver amount. Further, in the recent floods in UP, farmers hardly got any compensation for months despite registering under the Pradhan Mantri Fasal Bima Yojana (PMFBY). On querying insurance companies, we found that neither the state government nor the Centre had deposited the due premium in time, and therefore, no wonder, farmers never got any compensation for crop losses in time. With such slow-moving ground realities, farmers are often driven to the wall, and then political parties come up with some crude and imperfect methods like “loan waivers” to give “relief” to farming community. This often has a heady mix of “atonement and appeasement”.

In a recent study on UP’s agriculture (ICRIER Working Paper 335), we have outlined various farm policies that need fixing to double the state’s agri-growth. These policies range from significantly augmenting processing of milk to a robust procurement system, from rationalising sugarcane-pricing to freeing molasses from government controls, from using solar power as the “third crop” to putting potato cold storages (largely on solar) and from high-density mango cultivation to opening up the land-lease market, etc. But, what is the problem with Punjab’s agriculture? Punjab’s average holding size is 3.77 ha against the national average of just 1.15 ha. It has high yields of wheat and paddy and assured procurement at MSP. Almost 98% of the cropped area is under irrigation and villages are well-connected to all-weather roads. During the heydays of the Green Revolution, and even during 1970-85, Punjab’s agriculture grew at 5.6% per annum, which was more than double the rate of all-India average growth (2.3%).

But, then, it started slipping. The Green Revolution greyed, and during the last decade or so—2005-06 to 2014-15—Punjab’s agri-GDP grew at an annual average growth of 1.61% as against an all-India average of 3.6%. Punjab’s per capita income, which was at top till early 2000, slipped now to seventh position amongst 20 large states. Its policies are dated, and the water-table is depleting fast, almost 70 cm a year during 2008-12. Can chief minister Amarinder Singh take Punjab’s peasants to the next orbit of prosperity with sustainable agriculture? Diversification from paddy to maize, and promotion of livestock and horticulture in a full value-chain framework, from farm to organised retail and exports to, say, Gulf countries, seems a feasible way to meet these challenges.

Paddy procurement from dark blocks needs to be restricted and replaced by maize procurement at MSP, duly backed by feed-mills and starch industry. The Punjab government also needs to prune taxes and levies on wheat and paddy from 14.5% to less than 4% to encourage value addition through food processing. The three food parks already sanctioned in Punjab, at Fazilka, Ludhiana and Kapurthala, need to be taken up on priority with potential investors for their full development. There are several vacant plots in other industrial areas on which food processing factories can be set up. Punjab’s core competency will be to graduate to a hub of food processing, based on wheat, basmati rice (not common rice), maize, cotton, dairy, bakery, potato, seed processing and other fruits and vegetables. It has highest per capita availability of milk in the country, but processes only 10% of it through the organised sector.

Although Punjab has one of the most advanced dairy plants—of Nestle, at Moga—many more such plants are needed. An integrated cold-chain project near Chandigarh is successfully exporting frozen vegetables, which can be scaled up. What Punjab needs is a transparent and corruption-free process to incentivise the food processing industry. The state also needs to move to Direct Benefit Transfer (DBT) of input and output subsidies. The money should be directly transferred to beneficiary accounts and their prices freed. The agenda is big and complex, and one will have to wait and watch whether the state government bites the bullet.