His failures on multiple fronts, including the zero-Covid policy, show for all the pretence, China’s is a system not quite in control 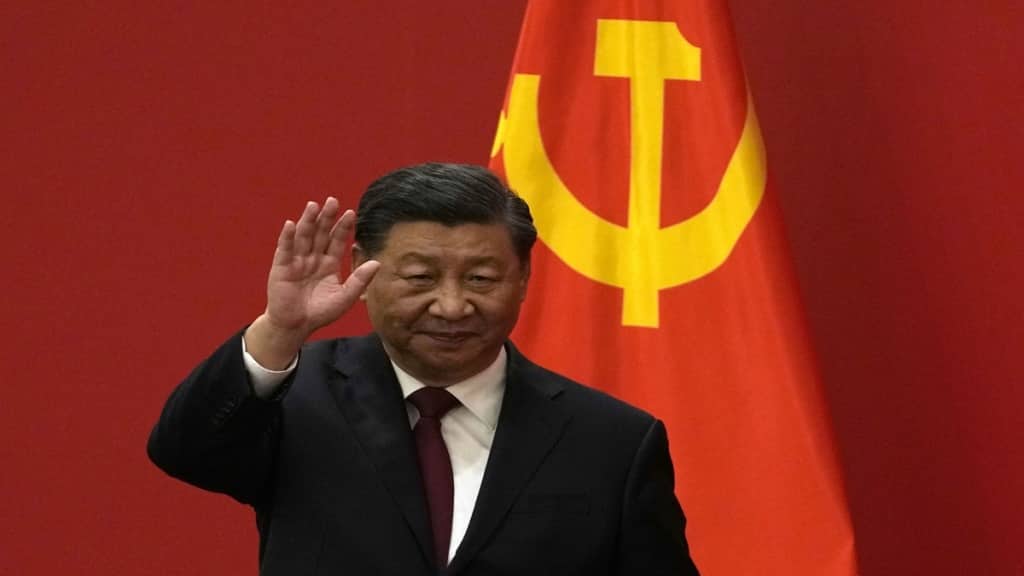 What it also tells us is that for all the hyperventilation about China’s arrival as a major world power, its policy-making has been struggling at almost all levels of government.

It has been a calamitous start to Chinese president Xi Jinping’s third term, historic though it is. That Xi’s policies were facing a global pushback had been well-accepted by Beijing and the sense that a more acceptable avatar of the Chinese leader would be needed was gradually being internalised. That the domestic blowback to Xi’s Covid policies would take such a dramatic turn, however, was something that a closed authoritarian system like China’s was not really prepared for. The Chinese Communist Party prides itself on its ability to learn and adapt. The way Chinese political leadership adapted to the demise of the Soviet Union and succeeded in enhancing its acceptability has given it greater confidence in managing turmoil. But Xi’s unprecedented centralisation of power is putting at risk all the gains made over the last three decades.

Recent protests in China when thousands took to the streets in several cities, calling for an end to Covid lockdowns—some even demanding Xi Jinping’s resignation—are remarkable not only for their boldness but also for what they say about the mood of the country’s citizens.

After a fire in a high-rise block in Urumqi, western China, killed 10 people last week, protests emerged organically as harsh Covid restrictions were seen to have contributed to the tragic deaths. This spark lit a veritable fire of widespread protests in a country where the heavy hand of the security apparatus has made public dissent almost impossible.

The situation would have been serious enough for the Chinese bureaucracy to acknowledge the need to “fine tune and modify” its zero Covid measures. The National Health Commission spokesman tried to calm down the anger by suggesting that the government was “going to maintain and control the negative impact to people’s livelihoods and lives.” Of course, this was accompanied by the Chinese security forces clamping down on protests and even tracking down those who participated in the protests.

But the fact that Chinese Communist Party is having to backtrack on bits of its zero-Covid policy that was tom-tommed by Xi in his address to the 20th Party Congress just a few weeks ago (in October) as a major success underscores the fundamental deficiencies inherent in Xi’s hyper centralised model of governance.

What it also tells us is that for all the hyperventilation about China’s arrival as a major world power, its policy-making has been struggling at almost all levels of government.

Today, China is the only major economy that follows a rigid zero-Covid policy, where even minor outbreaks lead to mass testing, quarantines and snap lockdowns, causing immense human hardship and economic suffering. Where the rest of the world has learnt best practices from each other, China, primarily to prove its distinctive “Xi model”, has not imbibed lessons from outside. And then there are the Covid vaccines developed by China whose effectiveness is much lower than others. Vaccination rates remain low, especially for the elderly for whom Covid can be life-threatening.

So, all in all, this is a system that is not quite in control for all the pretence and show. And as a consequence, a reliance on brute force and coercive measures unfortunately becomes the only way to manage Covid-19.

This is now becoming unsustainable after nearly three years of economic distress and disruption to daily life. And the people are reacting to their distress by coming out on the streets. Protests have happened in the past too, but they have almost always been localised in their intent and aspiration.

This time, protests are against the much vaunted Covid policies of the great leader and there in lies the challenge. The Chinese Communist Party should recognise that it would be prudent to revisit the policies, but given how much of Xi’s personal prestige is invested in this policy, there won’t be any question of changing track completely—the real need of the hour.

In some ways, this is not a new story. A large part of Xi Jinping’s legacy so far has been underwhelming. Domestic economy has been struggling and his Covid policy has been a failure, as reflected in the gathering discontent.

A fixation with zero Covid approach has accelerated challenges in the economy where the economic growth has come to a standstill and the housing market has collapsed even as official youth unemployment stands at around 19%.

On the foreign policy front, his assertive style has made more enemies than friends, unifying a large part of the world into an informal anti-China coalition.
Protests have been more visible. Just days before Xi secured his third term in power at the ruling Communist Party Congress and cemented his place as the nation’s most powerful leader in decades, two banners appeared on an overpass of a major thoroughfare in the northwest of the Beijing, protesting against Xi’s Covid policy and authoritarianism. It was a bold, though isolated, instance of how an undercurrent of discontent is brewing with China.

And now the latest round of protests have once again, underlined the challenges Xi’s model of governance is presenting the Chinese system. The Chinese security forces have already moved to get the “disruptors” under control. China’s domestic security chief has urged law enforcement officials to “resolutely strike hard against infiltration and sabotage activities by hostile forces, as well as illegal and criminal acts that disrupt social order.”

But what is evident is that Xi Jinping’s failures are mounting on multiple fronts and even the Chinese people, with all their constraints, are making their displeasure apparent.