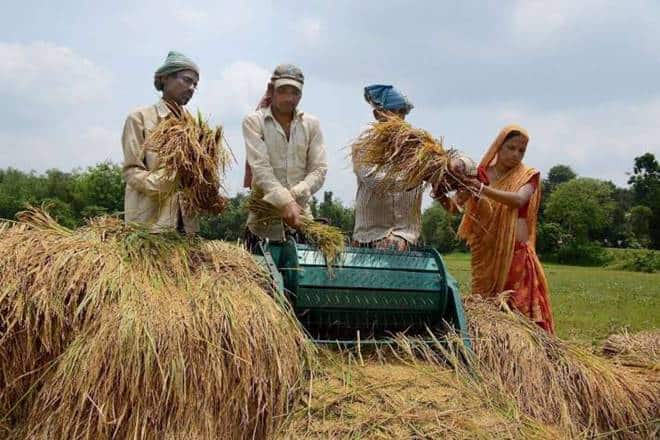 Prime minister Narendra Modi announced that his government’s relief-cum-stimulus package is Rs 20 lakh crore, almost 10% of India’s GDP. Most experts hailed this as a bold move. But, when the finance minister unravelled the package, sector by sector, many wondered where the “new cash” was. It did not take much time to figure out that the additional relief and stimulus in the system is just about 1% of GDP, and not 10%. Much of the rest is for increasing liquidity, deferring some loan payments, etc, but not much additional cash.

The government has been stingy on cash payments, presumably because government tax revenues are falling and it is hesitant to print more cash for fear of being downgraded by rating agencies. Even the worst affected migrant workers have not got much cash support. Farmers, too, have suffered losses due to fall in their farm prices, especially that of perishables. Onions and tomatoes, for example, are selling at around Rs 6/kg in India’s largest mandis like Lasalgaon, Chittoor, or Kolar. This is against their cost of about Rs 10/kg. Similar has been the case with farmers growing flowers, grapes, and even milk, in most places. The only thing that the government did was to frontload Rs 2,000 per farm family from the PM-KISAN scheme, which was committed in any case.

It is in this context that the Chhattisgarh government deserves compliments for launching Rajiv Gandhi Kisan Nyay Yojna, basically an income transfer scheme of `10,000/acre for paddy farmers and Rs 13,000/acre for sugarcane farmers. The chief minister, Bhupesh Bhagel, has said that it will be given to farmers of other crops too, and will , in fact, also be extended to landless labourers. One will have to wait and see how it unfolds, but on the face of it, it will help put money directly into the hands of farmers and poor agricultural labourers.

Bhupesh Bhagel is not the first state leader to move in this direction. In fact, in the 2018-19 kharif season, Telangana’s CM, K Chandrashekar Rao (KCR) was the first one to implement an income transfer scheme of Rs 4,000/acre, per season—this was raised to Rs 5,000/acre, per season, from the 2019-20 kharif season. There is a live portal for the 2020 season that gives details of the scheme and its progress. In the 2018-19 rabi season, Odisha had launched the KALIA (Krushak Assistance for Livelihood and Income Augmentation) scheme on a somewhat similar pattern, as did West Bengal with Krishak Bandhu in January 2019, and Jharkhand with Mukhya Mantri Krishi Aashirwad Yojana. All these income support schemes were launched just before elections for obvious reasons, and they also egged the Centre to announce the PM-Kisan support of Rs 6,000 per farm family.

This proliferation of income support policies is welcome. But, it is high time now to distil them with a view to learn some important lessons, and in the light of that refine/merge these schemes so that they serve the purpose in an efficient and inclusive manner without much leakages.

The first question is whether this income support is being given to the owner farmer or the tenant farmer who is actually tilling the land. Optimally, it should go to the real tiller. But, the problem is that in large cases, there is no record of tenancy. Government data show only 10% tenancy in the country while several micro level studies indicate it could be anywhere between 25-30%. In fact, in many regions, like the Godavari belt, it could be even more than 50%. It does not make much sense to put money into the accounts of absentee landlords. The best way would be to change the tenancy laws and open up land lease markets, ensuring that the owner of the land has full right to take his land back after the expiry of the lease period. The current law, favouring ‘land to the tiller’, is loaded against the owner. As a result, much of the tenancy in the country remains oral.

In the absence of this legal change in land lease laws, the only way forward is to fully inform the tiller that the owner has got this income support and appeal to the owner of the land to pass on this benefit to the tiller, or adjust it in his rental for land. More the information and persuasion through massive campaigns on the radio, in newspapers, etc, better would be the chances that benefits will be passed on to the real tillers, or at least help the tenants bargain the terms of tenancy.

The other issue is that of identifying the landless labourers working on farms. The majority of them are temporary and seasonal workers, and this can open doors for large leakages and corruption if their identification is left to patwaris, or even Panchayats. There has been talk, in the past, of dovetailing MGNREGA with farm operations to contain the cost of farming, as well as ensure that MGNREGA workers do some useful and productive work. MGNREGA’s legal framework does allow this on the farms of SC/ST and marginal farmers.

The moot point is that the time has come to think seriously about merging income support schemes like PM-KISAN at the Centre and at state levels, as well as MGNREGA, on one hand, and price-subsidy schemes like food and fertiliser subsidies at the Centre and power subsidy at the state level. Together, these will amount to about Rs 5 lakh crore, a good enough amount to start a basic income cover for poor households, and then let the markets operate freely. Through this comprehensive approach, they can cover landless labourers, farmers, and poor consumers, as all these categories overlap with each other.

Let there be an expert group to look closely into the functioning of each one of these varied schemes, and create an overarching umbrella scheme to take care of the poor and the needy. Would the Modi government move towards direct cash transfers?