With GDP of $370 billion, Delhi-NCR muscles out Mumbai as economic capital of India 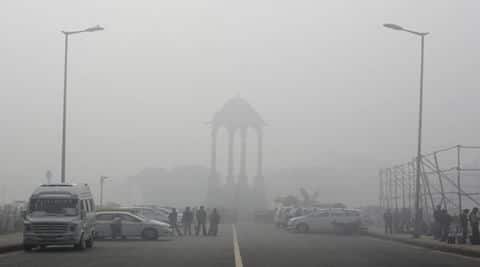 Delhi EUA dislodges Mumbai EUA by a narrow margin though Mumbai, on account of its smaller population, posts better per capita income. (Reuters)

The latest Oxford Economics data has crowned the Delhi Extended Urban Agglomeration (EUA)—comprising Delhi, Guragaon, Faridabad, Noida and Ghaziabad—as India’s economic capital, with a GDP of $370 billion. Delhi EUA dislodges Mumbai EUA by a narrow margin—the former economic capital’s GDP fell short of Delhi’s by $2 billion—though Mumbai, on account of its smaller population, posts better per capita income. While there may be a host of reasons why Delhi is now the nation’s hub of economic activity, given the vast leaps the national capital region has taken in terms of improving physical infrastructure, this was also probably exepected. Factors like the extensive and efficient Metro rail network—though Mumbai has its time-tested suburban train network, and is moving on creating a monorail and metro network—proximity to policy-making, the coming up of top-notch education and research institutions over the past few decades, etc, have definitely helped Delhi gain the edge.

The other factor is also that the high-cost of undertaking economic activity in Mumbai—high land/realty costs and correspondingly higher cost of skilled labour—have made other cities, including Delhi, more attractive for business. The Delhi EUA’s rise is also, in no small measure, predicated on the efforts of neighbouring states of Haryana and Uttar Pradesh, respectively, to project Gurgaon and Noida as hubs for services and manufacturing. Significantly, Delhi EUA’s ascent has imposed significant costs—pollution has reached unprecedented levels while the physical infrastructure could soon prove inadequate. This has underscored the need for better urban planning. Against the backdrop of the Union government pushing states to better their ‘ease of doing business’, there also needs to be a focus on improving infrastructural capacity.

Next Story
No cold-calling please: How hiring practices can be an antitrust violation