Will GST be a burden for infrastructure?

Robust infrastructure is vital for economic development of any country. Infrastructure encompasses various sectors, of which energy and transport play a predominant role. 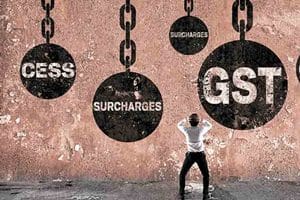 Robust infrastructure is vital for economic development of any country. Infrastructure encompasses various sectors, of which energy and transport play a predominant role. From a policy perspective, infrastructure projects are beneficiaries of various tax exemptions and concessions, in order to minimise tax costs and encourage investment in such projects. At the same time, like others, the infrastructure sector, too, is mired in disputes arising due to complexity of current indirect tax laws.

Introduction of GST would remove the multiplicity of taxes and streamline taxation of value addition at each stage of economic activity throughout the supply chain while ensuring flow of tax credits. However, an expected consequence of the same is that available tax exemptions would be significantly reduced.

Under the current regime, various exemptions are available under customs and excise law to goods supplied for power projects. However, there is no clarity on whether the said exemptions would continue under the GST regime. Further, inter-state purchase of goods intended for use in generation or distribution of electricity is allowed at a concessional rate of 2% under CST against the issuance of Form C. Under the proposed GST regime, statutory declaration forms like Form C would be discontinued. Hence, it appears that while inter-state purchases are currently liable to CST at 2%, under the GST regime, tax may be payable at 18%. Furthermore, service tax is currently leviable at 15% (including applicable cesses), which may be taxable at 18%.

Consequently, it is likely that the indirect tax cost of setting-up thermal/hydro power plants would increase by some basis points. Whereas, setting-up costs for solar and wind power projects would see a significant increase in case the current customs and excise exemptions are withdrawn in GST. This would lead to increase in tariff for the end customer, as GST paid will be a cost for the industry since, electricity is unlikely to be leviable to GST.

For an ideal GST regime, electricity should have been brought within its ambit in order to avoid undue cascading of taxes, like in developed nations such as European Union, Australia and Canada. If in the Indian context electricity cannot be brought within the GST ambit, zero rating should be allowed to the entire power sector in order to ensure lower tariffs for the end customer.

Road and rail projects, currently, avail benefits of various exemptions/concessions. For instance, service tax is exempt on services provided by way of construction, erection, commissioning, installation, completion, fitting out, repair, maintenance, renovation, or alteration of road, bridge, tunnel, or terminal for road transportation for use by general public.

Similarly, services by way of construction, commissioning, or installation of original works pertaining to railways are exempt from service tax. Specific exemptions/concessions are also available under customs and excise on procurements of goods for road and rail projects.

However, at present there is no clarity on whether the said exemptions would continue under the GST regime. If full rate of GST is made applicable on such transactions (given that currently there are no VAT/CST exemptions) there would be a multifold increase in cost of execution of such infrastructure projects.

Taxability in case of split contract structure: Model GST law provides that ‘works contract’ would be deemed to be a service. However, clarity is required on the taxability in case of split contract structure with cross fall breach clause—whether the supply contract in such cases would be treated as goods or services remains an unanswered question which may lead to similar disputes as under the present regime.

Taxability of operation & maintenance contracts: Under the Model GST law, ‘works contract’ has been defined to include repairs of any moveable or immovable property. However, operation element has been left outside the ambit of the definition of the ‘works contract’. Given the same, issue may arise on the taxability of composite operation & maintenance contracts where both goods and services are supplied by the contractor.

Change in law: Existing contracts with project owners as well as vendors would be required to be reviewed to analyse how effectively the change in law clause addresses the GST dynamics. For instance, whether any increase in taxes under the GST regime can be claimed as reimbursement from the project owner or the same has to be borne by the contractor due to tax inclusive nature of the contract.

To conclude, further developments in GST space would have to be reviewed to know the true impact that GST will have on infrastructure sector. At this stage, it is important to identify key areas of concern that require immediate advocacy and file suitable representations with the government so as to facilitate implementation of GST that acts as an enabler of infrastructure growth.

Next Story
Use that waste-water