If every state levies different rates, it will never work. Only the Centre can ensure a uniform tax rate. 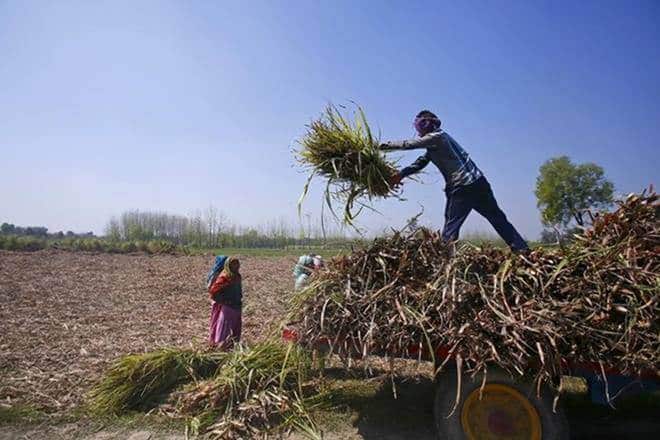 In any organisation, who is responsible for what needs to be clear and known to all. Only then can employees be held accountable and the performance measured. At the same time, employees must be given the requisite authority to do what they are accountable for.

This simple management principle of accountability and authority is yet to work well in India’s agricultural sector. Before the Budget and the year round, the central government is asked to solve India’s agricultural distress, when agriculture is a state subject and the Centre has limited powers to remove distress.

But, first, what does the Constitution say? Under the Seventh Schedule-State List (Article 246), state governments are responsible for ‘Agriculture, including agricultural education & research, protection against pests and prevention of plant diseases’ (no 14), ‘Water, that is to say, water supplies, irrigation and canals, drainage and embankments, water storage and water power to subject to the provision of entry 56 in List I’, (no 17), ‘Land, that is to say, right in or over land, land tenures including the relation of landlord and tenant, and the collection of rents, transfer and alienation of agricultural land; land improvement and agricultural loans; colonisation’ (no 18), ‘Money-lending and money-lenders; relief of agricultural indebtedness’ (no 30), ‘Land revenue, including the assessment & collection of revenue, the maintenance of land records, survey for revenue purposes and records of rights, and alienation of revenues’ (no 45), ‘Taxes on agricultural income’ (no 46), ‘Duties in respect of agricultural land’ (no 47), ‘Taxes on entry of goods into a local area for consumption, use or sale therein’ (no 52).

“The Essential Commodities Act empowers the central and state governments concurrently to control production, supply and distribution of certain commodities in view of rising prices.” (Business Standard.)
To know why agriculture is a state subject, we need to go back in time. The separation was first made by the Government of India Act 1935 (passed by the British Parliament). This was debated and confirmed in the Constitution Assembly.

“An Expert Committee on Financial Provisions was constituted under the directions of Dr Rajendra Prasad, the President of the Constituent Assembly that was tasked with drafting the document. One of the tasks before this Committee was to examine whether the power to tax agricultural income should lie with the Centre or the states. In its report, the Expert Committee observed that it was ‘obvious’ that the taxation agricultural income by the states, while all other income was taxed by the Centre, stood in the way of a ‘theoretically sound system of income-tax in the country’ and it would therefore have liked to do away with the segregation. However, it decided nonetheless to give states the exclusive power to tax agricultural income and retain the revenue accruing thereof as that had the ‘political merit of keeping together in one place both benefit and responsibility’.” (Scroll, May 22, 2017.)

The key words here are ‘benefit and responsibility’. It was assumed by the Constitution makers that agriculture was the responsibility of the states, and, hence, they were given the right to tax agricultural income.

Before Independence, the Indian agricultural sector was characterised by low productivity, high levels of risk and instability (lack of perennial irrigation) and tensions between the zamindars and the tillers.

Even though things have improved, then or now, over-dependence on rain continues. State after state is writing off thousands of crores of farmer loans, but little is known of new irrigation canals being built. Water is an important national resource, and scarce. So, it requires the Centre to take an integrated national view, but water is a state subject.

Does the change in responsibility and increase in population merit a revaluation of agriculture being a state subject?

It is because of limitations placed by the Constitution that a committee headed by Ashok Dalwai, CEO of National Rainfed Area Authority, called for placing agriculture on the Concurrent List.

Coming to tax on agricultural income, if every state levies different rates, it will never work. Only the Centre can ensure a uniform tax rate.

States are assertive in protecting their fiefdom, but has anyone asked why is the Centre spending this money when agriculture is a state subject? In the absence of an all-India market for agricultural produce and controlled state markets, how can farmers realise a better price for their produce?

Any attempt to move agriculture to the concurrent list would draw howls of protest from states. “A majority government is attempting to change the basic structure of the Constitution?” We will not change yet pay lip services to farmers whose well-being we espouse.

Recently, when the prime minister spoke about the low number of taxpayers, many tweeted asking why agricultural income is not taxed. The reality is that the Centre has no powers to tax such incomes—only the states do. Nevertheless, the Centre can make norms for the declarations of agricultural income stringent.

Where crop-sharing (sharing of produce between the landowner and the manager) exists, the landowner will have to provide details. The rules for this can be fine-tuned after speaking to the stakeholders.
Surely, there would be protests, and revenue gains initially might be modest. However, over the decades, farming practices, increased commercialisation and modernisation, and structural changes have taken place and, therefore, this area invites de novo assessment and evaluation.

The focus of the central government should be on professionals/salaried employees declaring agricultural income and big farmers. Legitimate additional revenue, within the existing legal framework, benefits all.

In the medium term, the Centre must take the initiative and, maybe, on the pattern of the GST Council, set up a Centre-States Council to study the complexities of taxing agricultural incomes.

Actually, what the people of India need is a masterclass on what the Centre, state governments and local bodies are accountable for? Once known, those responsible can be made accountable.

The author is a chartered accountant, and founder of eSamskriti.com