When several NGOs and others protested against the GEAC report, the UPA’s environment minister, Jairam Ramesh decided not to give the final go-ahead. 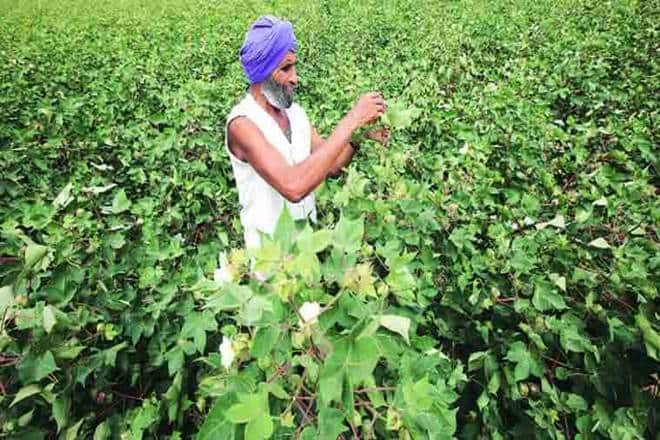 In the case of Bt brinjal, similarly, it remains true that all tests were conducted in the country over seven years, after which the Genetic Engineering Approval Committee (GEAC) approved it as fit for human use. (Express Photo: Javed Raja/ File)

As farmers under the umbrella of the Shetkari Sangathana start their civil disobedience movement and plant the banned Herbicide Tolerant (HT) GM seeds as well as Bt brinjal, chances are the authorities will treat this as yet another law and order issue and will arrest them; it is, however, not a simple law and order issue. Of course, farmers cannot be allowed to break the law, but it is also true that their protest is against an irrational and farmer-unfriendly policy; more than anything else, it is yet another attempt to get the government to see sense and reverse its policies; indeed, given the prime minister’s avowed goal of doubling farmers’ incomes, the government’s policy on GM make even less sense.

The advantages of Bt cotton in raising crop yields and farmer profits are well known, and that is why almost all India’s cotton acreage is based on Bt cotton; and as a result of productivity surge, India is one of the world’s largest exporter of cotton. Despite this, however, government policy seemed targeted at Monsanto, the primary supplier of GM technology seeds in the country. First, a price cap was put on Bt cotton seed prices even though it is not clear which farmer group was protesting about the prices being too high; had prices been high, it is unlikely the technology would have been embraced the way it was. After this, an attempt was made to put a cap on Monsanto’s royalties and, for good measure, Additional Solicitor General Tushar Mehta even explained to the court, in a case where the government was not even a party, that the patent issued to Monsanto by India’s Patent Office was illegal! And while this behaviour led Monsanto to abandon its plans to bring in the next level of technology involving HT seeds, it was found that farmers had embraced this technology—albeit illegally—in a big way and that 15-20% of the seeds sold today are illegal HT seeds. While the seed price control order has further reduced the price of Monsanto Bt seeds to `730 per bag, farmers are paying a much higher `1,200-1,500 per bag of the HT seeds as they find their technology useful. Interestingly, while the government was first investigating Monsanto for bringing in the illegal seeds, a government panel has opined that it was local seed firms who were responsible for this.

In the case of Bt brinjal, similarly, it remains true that all tests were conducted in the country over seven years, after which the Genetic Engineering Approval Committee (GEAC) approved it as fit for human use. When several NGOs and others protested against the GEAC report, the UPA’s environment minister, Jairam Ramesh decided not to give the final go-ahead. Meanwhile neighbouring countries like Bangladesh have given approval and are cultivating Bt Brinjal. While the government is within its rights to arrest Shetkari Sangathana farmers for breaking the law—they will then have to arrest thousands of farmers who are using HT seeds already—surely it owes the country an explanation for why its policies are so anti-farmer?

Also Read
Focus on clean coal for now, not zero coal
Why management is both art and science
A green-energy boost
Good, but not enough