Why auditors in India must keep up with technology

From a Rs 7,000-crore Satyam scam in 2009 to a Rs 13,000-crore PNB scam in 2018, corporate frauds in India are getting bigger and far more complex. But common to both is the question of the quality of auditing in India. 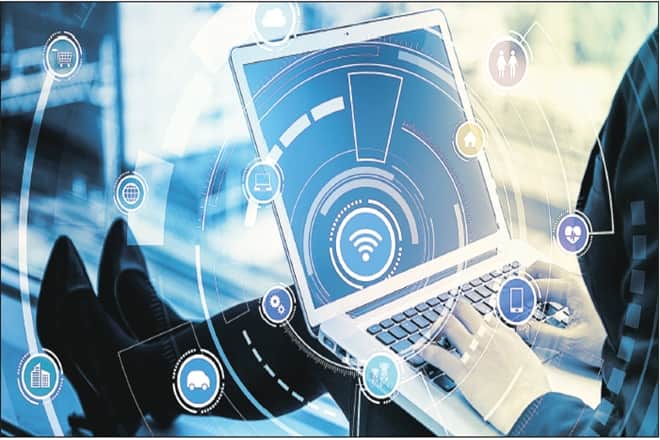 From a Rs 7,000-crore Satyam scam in 2009 to a Rs 13,000-crore PNB scam in 2018, corporate frauds in India are getting bigger and far more complex. But common to both is the question of the quality of auditing in India.

From a Rs 7,000-crore Satyam scam in 2009 to a Rs 13,000-crore PNB scam in 2018, corporate frauds in India are getting bigger and far more complex. But common to both is the question of the quality of auditing in India. No less than finance minister Arun Jaitley has put the blame squarely on the auditors for failing to detect deception and trickery involved, or exercising adequate professional scepticism in the case of PNB fraud. Information in public domain suggests that the Firestar entities and Gitanjali Gems, accused of defrauding PNB of about Rs 13,000 crore, induced the bank officials to create false and unauthorised LoUs to overseas banks that confirmed a guarantee by PNB to pay the bank of the seller if the parties failed to honour their obligations. Normally, such undertakings are backed by collaterals, but due to complicity of their officials, PNB did no such thing. The bank officials also bypassed basic banking systems and controls, and carried this on for years till one of them retired. Bank’s IT systems, internal and outside auditors, and RBI, were all blissfully unaware of crippling liabilities. In earlier years, these transactions were squared off within PNB’s books and no one noticed anything untoward. Now, contrary to general perception, auditing standards in India, or anywhere else in the world, do not make discovery of frauds a primary duty of auditors.

Auditors are required to express their opinion on ‘true and fairness’ of profits, balance sheet and cash flows, while confirming adherence to generally accepted accounting principles. They are required to make distinct and discreet enquires in relation to fraud, but not necessarily suspect every transaction or its motive, which is a part of forensic audit. However, if there is anything suspicious, they need to conduct adequate tests. A leading Indian accounting firm, which audited one of the companies involved in PNB fraud, may have contended that they raised red flags in 2017 in relation to growing financial strains and risk of defaults, but they did not deem those serious enough to warrant a qualification of their opinion. Investigations will determine whether the auditors should have looked beyond the obvious to uncover the issue of unauthorised LoUs when they saw looming signs of financial default, coupled with large unrealised debtors and low cash generation, and further to check the source of security. In case of the overseas entities involved in PNB fraud, international accounting firms have commented about growing financials stress, but refrained from qualifying the accounts. Similar questions stare at them too. On the other hand, PNB is audited by five national accounting firms (statutory auditors) and external branch, and concurrent auditors, who support the oversight functions. All of them collectively missed the fraud. In view of such a collective failure, doubts about the quality of auditing in India is reasonable.

However, any assumption that the quality of audit by the international firms is better than the local firms is flawed. A 2012 UN Global Compact -TARI-IICA study confirmed that the presence of a Big4 firm had no effect on occurrence or detection of fraud. In fact, the international firms are now subject to a Supreme Court-led investigation on whether they violated the basic rules of engagement in India, which prohibit CAs from profits sharing with corporate entities. On the other hand, democratisation of audits of public-sector bodies to a large number of firms empanelled with the government, or to the lowest tenderer, or at fees that make audit unviable, does not lead to the standards of trust that the oversight of public money asks for. These firms often do not have necessary depth and width to conduct large and complex audits in IT environment, like a bank. India is, thus, consigned to making a choice between fragmented small practicing accountants and large international firms, with a small splattering of mid-sized firms. Auditing as a profession is struggling to keep pace with changing environment of a connected world. The effect of IoT, cloud technologies, business algorithms and automated controls make the traditional processes of checking source documentation, ledgers and manual controls redundant.

Unless audit relies on analytics, big data and IT-controls, supported by testing the details, large audits can rarely be done effectively. In order to do so, firms need re-skilling, retooling and new investments, which smaller firms can rarely afford. Bigger firms, in compliance of their global standards, often suffer from excessive focus on creating documentation to support their opinion, which often detracts from the rigours of an effective audit—like looking and understanding the business, its management, its drivers, challenges and how that may affect every metric that leads to ‘managing earnings and financial positions’. Where does that leave us? The National Financial Reporting Authority (NFRA), the new regulatory authority— drawn up on the lines of PCAOB of the US and FRC of the UK—would be overseeing the conduct of audit of entities, where there is any public interest, like listed companies, large public companies, etc, and approve accounting standards. The rigour and scrutiny of auditors is expected to be intense. Other government agencies like the MCA/SFIO, income-tax department, Sebi, economic intelligence, etc—investing heavily in analytics and prediction models—would have data and results to keep them ahead of the curve.

Smaller audit firms would, however, need to create economies of scale and expertise both in auditing techniques and tools with higher levels of research, analysis and predictions, and in industry and sectors. This could happen through economic integration and pooling of resources, enabling them to invest in the future.  Global firms would need to have a new business model, depending on the SC’s directives. The  Institute of Chartered Accountants now needs to bring in a renewed focus on effective education, training and pedagogy, so that their members are ready to face the new paradigm of the knowledge economy. Government bodies and private sector would need to pay fair fee for quality services, without which it would be difficult to find firms willing to take onerous liabilities associated with audits. All of these need to happen with missionary zeal and in tandem. Until then, you and I will keep paying for frauds like the ones in PNB and others.

Follow us on
Latest News
India must be ready to lead on Critical Climate Change during G20 Presidency
Can Instagram keep Meta afloat?
Reliance Jio named the strongest telecom brand in India: Report
Reliance Jio strongest telecom brand in India: TRA
How increased capital spending in the infrastructure sector will spur growth of the Indian Economy
Learner’s Park: Education today is accessible more than ever, says Matthew Mclellan of Halp.co
CAIT says its e-commerce portal Bharat eMart will be launched soon
Photos
In Pics: Delhi turns into a gas chamber! AQI swings between very poor and severe categories; Health experts worried
3 days agoNovember 11, 2022
Lunar Eclipse 2022: Did you get a glimpse of Chandra Grahan? This is how the Moon appeared in different parts of the world
5 days agoNovember 8, 2022
Happy Guru Nanak Jayanti! A festive look into the celebrations from across the nation
5 days agoNovember 8, 2022
Read More
×
Fifth column by Tavleen Singh: Enough electioneering, Prime Minister
Premium
Across the aisle by P Chidambaram: Blessed are the poor (but not all)
Over the top by Meraj Shah: Pilgrim’s progress
A nuclear spring
Put Indian mining on the centerstage
‘Beware of good intents’