Why a GST-type council is needed to push agriculture

Given the tremendous success of the GST Council in making cooperative federalism work to smoothen the glitches in the GST process—the fact that GST revenues and filings are increasing is certainly testimony to this—as chief economic advisor Arvind Subramanian suggested in his press conference on Monday, 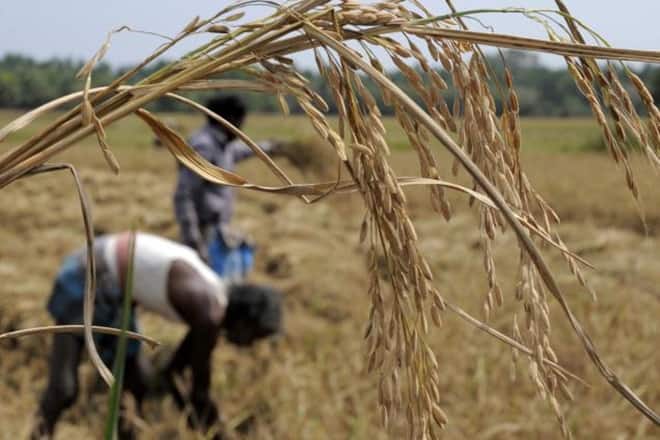 A similar bribe, should the experiment be replicated for agriculture, could be direct payments to farmers in each state by the Centre. (PTI)

Given the tremendous success of the GST Council in making cooperative federalism work to smoothen the glitches in the GST process—the fact that GST revenues and filings are increasing is certainly testimony to this—as chief economic advisor Arvind Subramanian suggested in his press conference on Monday, perhaps it is time to look at a similar council for intractable subjects like agriculture. The idea sounds unworkable at first, but keep in mind both the Centre and the states have the same interests—as they do in the GST Council—of raising farmers’ incomes substantially; this applies to even a Gujarat where the share of manufacturing is much higher than in other states. If they have the same interests, how do you make them align? A critical factor, ignored by most while discussing GST is the huge bribe given by the Centre to the states in the form of compensation if their tax collections didn’t grow by a minimum of 14% per year—given how GDP has collapsed, they could never have got this growth on their own, so their commitment to GST is absolute. A similar bribe, should the experiment be replicated for agriculture, could be direct payments to farmers in each state by the Centre.

Critics will argue that this will place a huge burden on the Centre. Apart from the fact that no price is enough to get incomes growing for such a significant portion of the country, this is clearly not true, the money spent in MSP-based procurements is nothing but a cash transfer to farmers of particular states since the MSP is above the post-harvest market price—if such largesse can be given to the farmers of Haryana and Punjab, to begin with, it must be extended to other states as well. Indeed, when the states of Madhya Pradesh and Chhattisgarh started procurement on their own, with the central government picking up the tab, this largesse was extended.

A Narendra Modi talking of setting up a pan-Indian electronic mandi, eNAM, will get nowhere since most states want to keep their farm produce at home, but in a Council, things are quite different, especially when the states know their interests will be taken care of. States will vote for getting rid of an MSP-based system if they know all farmers will get something. States where farm exports are the highest get hurt with each export restriction—so common over the past 70 years—but in a Council, they know they can get the Centre to back off; the Centre, in turn, can get states to bring in laws to help direct procurement in return; or to ensure states give enough land to new uncartelised mandis which is critical if farmers are to get a good deal. The Centre is quick to deny permission to GM crops or play havoc with GM cotton seed pricing at the behest of a few powerful local seed firms, but in a Council, state governments will act as a powerful check on central diktats. When state governments are given the choice between subsidies and investments—in roads, in irrigation, in warehouses—as they will in the Council, they are likely to make more rational choices. And just as you see no politicking over decisions of the GST Council, there will be no talk of how the farmer has been shortchanged since everyone will be in it together. This, like GST, is genuine cooperative federalism and the prime minister would do well to give it a shot.

Also Read
The Adani crisis
A rate cut, but no dovish MPC
Understanding the four Vs of operations management – volume, variety, variation and visibility
Supreme Court’s Mistry-Tata Judgment: The case for a review