What it will take to reform agriculture in India, here’s a roadmap

This July marks the silver jubilee of India’s economic reforms, ushered in in 1991. It is time to take stock of our major successes and failures, and learn to move forward. 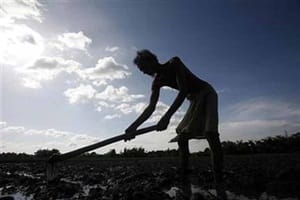 The complaint highlights various aspects of human rights violations by MNCs and how each of these actions has resulted in the present agrarian crisis. (Reuters)

This July marks the silver jubilee of India’s economic reforms, ushered in in 1991. It is time to take stock of our major successes and failures, and learn to move forward.

There is a saying that bad times are often good for policies and good times are bad for policies! It is well-known that it was the foreign exchange crisis, with reserves falling to as low as $1.5 billion, that triggered fundamental changes in India’s economic policies. Three major policy changes were made: depreciation of Indian rupee by around 20%; liberal trade policies, with substantial cuts in import tariffs of industrial products; and delicensing of a host of industries, effectively ending the licence raj. And this was done very quietly—almost ‘reforms by stealth’!

On all three counts, there have been major successes, but the biggest one is on foreign exchange reserves. Today, India has around $360 billion in reserves, which provides ample resilience against global economic turbulence. The credit for this goes to the then finance minister and his team, duly supported by prime minister PV Narasimha Rao.

Also Read
Fifth column by Tavleen Singh: A letter from New York
Across the aisle by P Chidambaram: Wannabe chief ministers
Why management is both art and science
Over the top by Meraj Shah: Golf in the Oasis

Here, I want to focus on what was done for agriculture, where more than half of India’s workforce is engaged. The big policy change attempted in agriculture was raising urea price by 40% to cut the fertiliser subsidy outgo. It created an uproar, even within the Congress party, forcing a roll-back to 30%. Subsequently, a Joint Parliamentary Committee (JPC) was set up on pricing of fertilisers. The JPC recommended freeing up of P (phosphate) and K (potash) fertilisers, but kept the reduction in urea prices at just 10%. This set the stage for unbalanced fertiliser usage, as well as a swelling fertiliser subsidy bill. Thereafter, several committees looked into this issue, but none could recommend decontrolling urea prices. As a result, to this day, agriculture suffers from large inefficiencies, including diversion of subsidised urea to neighboring countries as well as for non-agricultural use—even as the subsidy burden rises.

To get an idea of the scale at which fertiliser is getting diverted to neighboring countries, just look at this picture for Bihar: In FY13, dispatches data shows that the fertiliser consumption in Bihar was 200 kg/ha, way above the all-India average of 131 kg/ha. But the state’s productivity of wheat and rice are not commensurate with these levels of fertiliser consumption. The cost-of-cultivation data from the Directorate of Economics and Statistics shows that fertiliser consumption was only 125kg/ha in the case of wheat and 97kg/ha in the case of paddy. So, how did the difference between 200kg/ha (as gathered from dispatches) and the actual usage, of 125/kg and 97 kg/ha for wheat and rice, respectively, come about is anybody’s guess. Much of the urea entering the state is being routed to Nepal!
Can the Modi government take the unfinished agenda of reforming the fertiliser sector to its logical conclusion? The roadmap is reasonably clear. It was recommended by the Shanta Kumar panel and also by the FY16 Economic Survey. It is time to move to direct transfer of subsidy to farmers’ accounts on a per hectare basis, and decontrol the fertiliser sector completely. It will make the subsidy crop-neutral and also help those who want to grow crops other than wheat and rice, as well as organic. China has done that already and it is time for India to move from a price-policy approach in subsidising fertilisers to an income-policy approach to help farmers. This will be more efficient, equitable and sustainable than the current system.

On a sectoral level, unfortunately, there was never a reforms-package announced for agriculture, as was done for industry and trade policy. There has been only some minor tinkering—as evident from the case of fertiliser pricing or the opening up of exports of, say, common rice in 1994. Although, in the case of fertilisers, even after 25 years, the problem remains. However, in the case of rice, exports zoomed. With the opening up of rice exports in 1994, India exported 5 million metric tons of rice in FY96 and emerged as the second-largest exporter. This encouraged the government to open exports of wheat in 1995. But this led to the domestic prices of wheat and rice rising, which made the government bring back in 1997 the export-bans on wheat and rice—these continued for the next five years.
Notwithstanding these hiccups, India has emerged as the largest exporter of rice in the world. In the last three years, FY13-FY15, annual Indian rice exports amounted to more than 10 million metric tons on an average. This led to a major transformation in the rice-milling industry, with much better technology, including sortex machines, entering the picture.

However, the biggest gain to agriculture came from the improving of the terms of trade. When the over-valued rupee was chastened in 1991, and industrial tariffs were slashed via a liberal trade policy, it ended the implicit taxation of agriculture from these indirect sources and improved the terms of trade. This resulted in higher private investment in agriculture and agri-GDP grew by 4.8% per annum between FY93 and FY97. But when export-controls came back, and the East Asian crisis erupted in 1997, growth in agriculture suffered badly and hasn’t got back to 4.8%-level till date.

The first two years of the Modi government witnessed severe crises in agriculture and its growth collapsed to 0.5%—partly because of back-to-back droughts and falling global agri-prices, but also because there still isn’t a champion for agriculture in the Cabinet. It is time for the PM to pay attention to this and complete the unfinished agenda of agri-reforms, which will surely go beyond fertilisers, to overall market reforms, investments and institutions for agriculture, etc. But if he can get agri-growth to rise to above-4% per annum, it will give rich political and economic dividends!

The author is Infosys chair professor for agriculture at ICRIER.
Views are personal