It is easy to understand why, when there was a Congress Prime Minister in Delhi, he preferred to forget what happened in the hope that everyone would forget the terrible mistakes made during the attack and after. 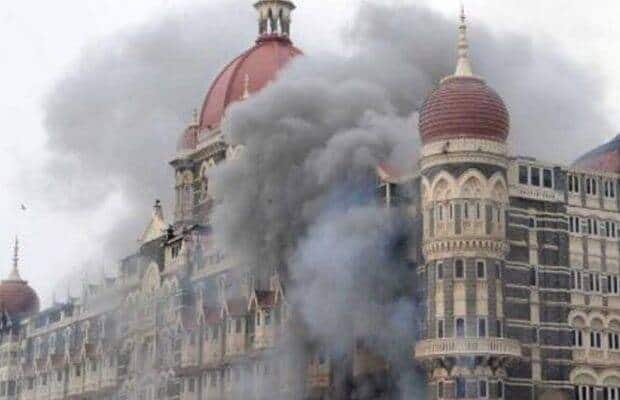 As someone who spends many months of the year in Mumbai, it shames me to report that if Pakistan wanted to repeat what happened 13 years ago, it easily could. (File image)

Last week, in a small sort of way, we commemorated the thirteenth anniversary of 26/11. Why we always have this remembrance only in a small sort of way instead of on the scale that the United States commemorates 9/11 has begun to puzzle me more and more. Let me explain why. After Narendra Modi became Prime Minister in 2014 and went to New York to attend the UN General Assembly’s annual meeting, he made it a point to visit the 9/11 memorial. It is a sombre and moving experience, and since I happened to be present, I noticed that Modi looked both sombre and moved. So why in the past seven years that he has been Prime Minister has he not considered building a memorial to those who died in the worst terrorist act committed on Indian soil? This is a Prime Minister who sets great store by memorials, which makes this oversight more puzzling.

It is easy to understand why, when there was a Congress Prime Minister in Delhi, he preferred to forget what happened in the hope that everyone would forget the terrible mistakes made during the attack and after. If the mistakes made during the attack were bad, the mistakes made after it were worse. The attack on Mumbai was an act of war by Pakistan, and the Indian government did no more than whine at public forums that we had provided sufficient proof that those who planned and orchestrated the unspeakable horror we call 26/11 continued to move about freely in Pakistan and continued to remain unpunished.

This itself is proof that the Pakistani State was directly involved. What makes India’s weak-kneed response more shameful is that it allowed Pakistan to take charge of the narrative. Pakistanis I met in the wake of 26/11 said they believed that it was Indian intelligence agencies who had planned the whole thing, or they boasted of how “all it took was 10 young Pakistanis to bring India to her knees”. The government led by Manmohan Singh, and controlled by Sonia Gandhi, behaved disgracefully and had no reason to attend remembrance ceremonies or build a memorial. It is much harder to understand why Modi has done so little.

After the Pulwama attack, the Indian Air Force conducted a ‘surgical strike’ on terrorist camps in Pakistan, and many political analysts believe that it was this aggressive retaliation that won Modi a second term. But surely this is not all that the mighty Government of India is capable of? This kind of cowardly, undeclared war, disguised as jihadist terrorism, is likely to be the only kind that Pakistan will fight in its endless quest to weaken India, so should we not have a strategy by now that fights back using the same tactics? Jihadist killers continue to be sent into Kashmir with the help of the Pakistani army, and their numbers are likely to grow now that we have a gang of violent holy warriors ruling Afghanistan. What is India’s strategy to stop this from happening? When incidents of jihadist violence decreased after the abrogation of Article 370, there was no shortage of kowtowing ministers who credited Modi with having stopped jihadist terrorism. Now that we are seeing a jihadist attack almost every other day, who should we blame?

As someone who spends many months of the year in Mumbai, it shames me to report that if Pakistan wanted to repeat what happened 13 years ago, it easily could. All that has changed since November 26, 2008, is that armed police commandos and armoured cars can be seen on patrol in those parts of the city where the attacks took place. But, they seem to have more training in protecting VIP politicians than in counter-terrorism. As for ordinary policemen, who are always the first responders in a terrorist attack, they would certainly be as unprepared as they were 13 years ago.

Since Modi became Prime Minister, what has changed is that his spokesmen and supporters have no compunction in using the word Pakistani as a term of abuse. They appear with relentless regularity on primetime TV shows to rant and rave against Pakistanis, Islam, and Muslims in general, but as that old cliché says, they sound exactly like empty vessels making a lot of noise. Instead of helping India’s case, they end up wrecking it with their venom and childish hostility.

It is time that the Prime Minister took personal charge of evolving a new strategy to deal with Pakistan’s covert, clandestine war with our own covert, clandestine war. If Hafiz Saeed and his gang of killers cannot be brought to justice in the courts of Pakistan, then India needs to show that it has the capability to deal with them as Israel deals with its enemies. Meanwhile, at an official level there is no harm in reviving dialogue with Pakistan, and this time making clear that we know what happened on 26/11 and we know what is happening in Kashmir.

Instead of the Prime Minister complaining at international forums about terrorism, he needs to show that India can and will deal with those who attack us. Only then will the shame of India having done nothing after the 26/11 attack be erased. A memorial to those who died for no reason is necessary because it will serve to remind everyone that India does not forget or forgive her enemies.