We don’t have equity in the system for road projects: Vikram Limaye, MD & CEO, IDFC Ltd

Today you have a situation where the developers don’t really have the capacity to bid given the volume of asset build out needed. And the government can’t fix that overnight 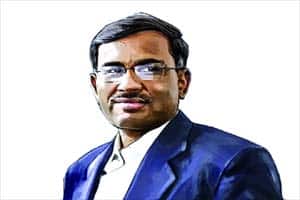 The country’s infrastructure sector is going through a rough phase. With fuel linkages for power plants a big bottleneck and promoters over-leveraged, Vikram Limaye, managing director & CEO of IDFC, estimates assets worth some R25,000-30,000 crore could be on the block.

Limaye tells Shobhana Subramanian that IDFs need to be allowed to invested in a bigger pool of assets, not just PPP projects, if they are to attract meaningful funds and free up banks’ resources.

A quick take on the state of the infra space…

It’s a mixed bag. Those with an exposure to the power sector have issues to resolve given what’s going on with the coal block auctions. Also, we are still awaiting the gas pooling mechanism to be announced and, hopefully, some gas will be made available so that plants can fire at minimum PLF and are able to service debt. I don’t see any new capacity for gas being set up for some time. The roads, ports and airports pieces are fine.

Are there a lot of assets on the block?

Those who need to raise money and have diversified portfolios are in the market to sell because the equity markets are still not willing to finance some of the infra developers. Prices reflect that; after the elections there was a spurt of QIPs but since then prices have corrected sharply, anywhere between 40-60%. So, it’s not easy for infra players to raise money in the market, which is why some operating assets are being sold, whether it’s a GMR, a Jaiprakash or a Lanco. In that sense, there is deal flow.

What is the value of assets you estimate could be for sale right now?

Across sectors I would assume there is certainly some R25,000-30,000 crore of assets that are on the block. Power is big and Dhamra Port, as we saw, was not small and there are other ports that promoters would be willing to monetise. As for valuations, if a developer is looking to monetise a good asset, he does want to get fair value because otherwise it doesn’t make sense to sell. So that is a negotiation process and takes time. Having said that, people are being reasonable because you need to survive in order to be able to bid for new assets. But, again, because these are good assets for sale, therefore you will have multiple people buying, there are sovereign funds pension funds and there are also corporates as we have seen. As a fund, we need to be careful that we’re buying at a good valuation.

What about foreign interest, is money coming in?

I would say that the pension funds and sovereign funds are more actively looking at operating assets and wherever there are assets of some size and scale available they are willing to buy. Our IDFC Infra Fund closed at R5,500 crore and we have five years to deploy the funds; in the meantime, we are not allowed to raise a competing fund.

What do you make of the amendments to the land acquisition Act?

They will help infra development as they address PPP and infrastructure. It was on the cards that they would try and make the process simpler. I don’t think cost of land is a concern because land cost, as a percentage of total project cost for infrastructure, is not that high. It becomes more of a problem for industrial capex, than for infra, but only in certain areas. Our understanding is that the SIA and the consent clause have been waived off for power projects though we need to get some clarity. At one level, they have said this relates to areas where land would vest with the government but in power plants that’s generally not the case. I don’t know whether the clause relating to land vesting with the government is applicable to everything because in affordable housing and real estate the developer usually acquires land.

Many PPP road projects have run into serious problems…

The government has been working to resolve some of the issues. There has been talk about dispute resolution mechanism becoming simpler and whether projects can be bid out after 80% of the land is in place. Now the environmental clearances for roads, for instance, have been significantly streamlined because for less than 100 km and where right of way is less than 40 km there’s no clearance required. In the next few months you will see a significant pick up in road activity, almost 5,000 km of roads are going to be bid, of which 60% will be via EPC and 40% via BOT. NHAI should be able to raise necessary resources because it’s a sovereign entity.

Do developers have the resources to bid for projects?

Today you have a situation where developers don’t really have the capacity to bid given the volume of asset build out needed. And the government can’t fix that overnight. What they can do is try and speed up resolution so that cash flows are freed up for projects and wherever there are disputes, these should be resolved. This will only happen over time as balance sheets are repaired and companies are able to get equity and plan for new projects. We don’t have equity in the system and that is why 60% of the build out of road projects will be via the EPC route. To take care of R50,000 crore of projects, we need R15,000 crore of equity and we don’t have that.

Some players will be common and NHAI appears to have factored in how much can be done through BOT. Getting foreign players to jump in right now to buy operating assets may not be easy until execution challenges are sorted. Once new projects that the domestic players participate in get going and execution becomes smooth, it will give confidence and newer players will come in.

How realistic is the government’s 25 km a day target?

Obviously, that is not happening right now. So, 25 km a day is about 7,000-7,500 km of construction in a year, assuming 300 days of work. Is it realistic? At one level, it is, but it depends on the confidence and the execution capacity of developers in terms of equity and bandwidth. There are only a handful of players with equity capability. If you want 7,500 km a year, and a road takes two and a half years to build, you’re talking about 18,000-19,000 km of construction. That will require R1,90,000 crore of project cost and even if a large part of that is EPC, that’s a very large number.

What is the status on the IDFs?

IDFC has an approval to set up one. But as we have said before, unless the definition of IDFs is extended, the opportunity landscape will be narrow. It must be broadened to include all operating infra assets, which have completed a year of operation, and not just PPP assets that are operational and have a tripartite agreement, which means that right now only roads would qualify. We have represented to RBI and government and there are discussions to expand the definition. The reality is if you require new vehicles and new sources of finance for infrastructure, we need to broaden the definition so that new money can flow into these structures and banks’ capital is freed up. Banks can then lend to newer assets if they are able to churn existing assets. Plus the cost of borrowing for infra assets would go down because IDFs would be able to provide more attractive rates.

How are equity IDFs faring?

The IDFs that are gaining traction are the NBFC ones. The MF construct has complications in terms of trying to mimic all the optionality that exists in a loan in a unit structure. If you have pre-payment, repayment, resets and so on, that is not easy to mirror in an MF unit. You will see there is more traction in the NBFC construct than the MF construct. Only three NBFC-IDFs have been set up.