Vision cash-lite: A billion UPI transactions is not enough

Despite being a large country with nearly 400 smartphone users, India’s active user base for UPI is hardly a 100 million 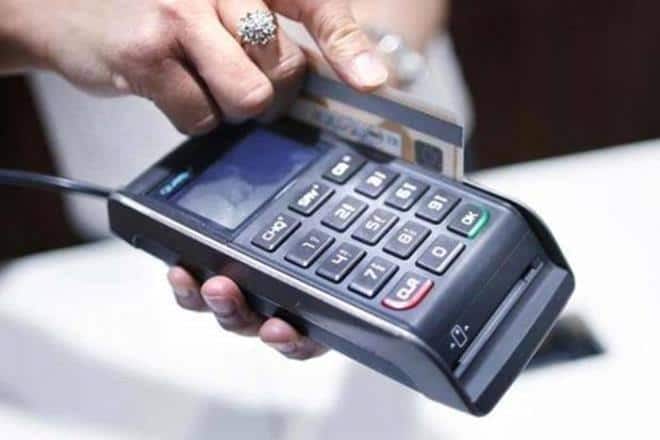 UPI has the potential to reach all bank customers with a smartphone or Aadhaar card (estimated at over 700 million unique customers).

In September 2019, UPI clocked 955 million transactions; with the festive season around the corner, it is likely to touch the one-billion mark in a month or two. A similar trend is noticed in other digital payment channels as well. This is certainly magical, considering that in 2015-16, the National Payments Corporation of India was struggling to attain monthly volume of a billion with all its products—ATM switching, cheque clearing, NACH, IMPS, AEPS, RuPay card, and NETC—combined. Today, UPI alone is contributing a billion. But, this is not enough, considering that the active user base is hardly 100 million in a large country like ours, with about 800 million mobile phone users, of which 350-400 million are using smartphones.

It is well-acknowledged by banks, payment service providers, and merchant aggregators, like Amazon, Flipkart, PayTM Mall, Snapdeal, etc, that UPI is the simplest, and most cost-effective payment option for customers. Three major players—PhonePe, Google Pay, and PayTM—now generate almost 90% of the UPI volume. Amazon, and WhatsApp are likely to enter the race in a big way. The deep pockets that these non-bank players have, with capacity to sustain long-term cashbacks and reward programmes, certainly makes the future of digital payments, and UPI in particular, bright.

But, the hard truth of only 100 million unique active users will have to be dealt with. Though the number of registrations for Virtual Payment Address is much higher, many customers drop off after one or two experimental transactions. Incentives and rewards do not attract them. Therefore, a strategy other than cashbacks and rewards would have to be adopted to encourage usage of this payment system.

UPI has the potential to reach all bank customers with a smartphone or Aadhaar card (estimated at over 700 million unique customers). While UPI is also available on feature phones to expand its reach, the fact is that even many smartphone users are not using digital payments, and instead use their smartphones for internet messaging, exchanging videos, watching films, etc. Therefore, if RBI’s vision of a cash-lite society is to be realised soon, smartphone users must be the priority focus, as they can all easily be converted to active UPI users. WhatsApp and Google are working precisely on this.

Riding on the UPI bandwagon, many fintech companies and startups, like PayTM and PhonePe, have built a good acceptance infrastructure (claimed to be around 7-8 million). With supply-side issues having been taken care of, attention should go to demand-side improvement. Though many kirana stores and eateries have prominently displayed QR codes, experience teaches that these are rarely used. A request to use the QR code is often seen as a burden by the vendor. For mass adoption of digital payments, the government ,or RBI, needs to step in to mandate certain payments only through digital channels, although not necessarily UPI. Once it is mandated, customers would prefer paying by UPI to swiping a card, or scanning a fingerprint for Aadhaar Pay. Like Sebi has mandated use of UPI for IPO subscription by retail investors, or GST and income tax payments, beyond a certain value, must be made digitally, selected commercial payments, like at petrol stations, need to be made mandatorily digital.

It is well-acknowledged that the cash option cannot be stopped altogether, but if the customer pays by cash, a cash transaction fee of at least `5 per bill should be charged. Since all petrol pumps are highly digitised, chances of leakage of this fee is limited. This fee can be passed on to a fund, to be created by Indian Banks Association (IBA), for the promotion of digital payments. It is doubtful that there would be users of motor vehicles who do not own bank accounts or a debit card; in due course, they would be forced to make use of digital payment platforms. In cases like fleet owners or car owners with drivers, digital solutions already exist in the form of prepaid cards, where drivers can make payments on behalf of owners.

Once petrol payments go cashless, or cash-lite, coverage of the regulatory mandate can be extended to payment of electricity bills. All households in economically weaker sections are now electrified, and covered under PMJDY and Aadhaar enrollment. Some of them may not have smartphones, or even feature phones, but they have been enabled with PMJDY RuPay cards. Thus, channels of digital payment are available to all sections of society. The Bharat Bill Payment System, with its large distribution networks of registered operating units, being in place, economically weaker consumers of electricity can also pay digitally if they have no other option, or if the cash payment option is accompanied by the cash transaction fee. Electricity distribution companies would welcome such a move towards making collection of bills cashless. Currently, the cost of collection is estimated to be as high as 6%. The cost of collection by the service institution has to come down. A consumer database would also be helpful in building customers’ credit histories. The coverage can be further widened as the acceptance infrastructure by fintech companies becomes smarter, and more user-friendly.

My vision for a cashless/cash-lite society is the scenario where cash payment would be seen as being injurious to the economy in the same way as smoking is considered injurious to health, or plastic is seen as an enemy of the environment. RBI should start ad campaigns against the use of cash in the same vein as those discouraging consumption of cigarettes, or use of non-recyclable plastics. The share of cash in all retail payments has to come down from the current level of about 85% to a tolerable 30-40% level by the time our economy reaches the scale of $5 trillion. Else, RBI would have to double the capacity of its note-printing presses without further delay. It is heartening to note that RBI has announced a series of policy measures, including allocation of districts to banks with the maximum footprint, to bring 100% of the consumers in that district under the digital payment umbrella.