Companies must foresee change in the current model before a crisis forces you to abandon it. 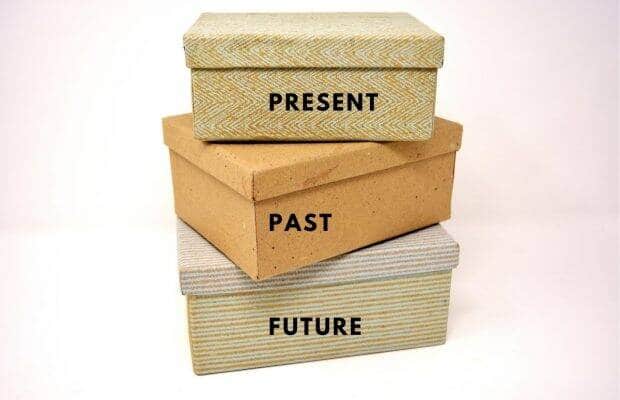 VG says companies must foresee change in the current model before a crisis forces you to abandon it. In Box 1,the present, keep the existing business going, he says. Box 2 denotes the past and he admonishes companies to forget what made them successful, and Box 3 is for the future, where a new model needs to be created to sustain and grow.

Have you read the “Three Box Theory?” Lucidly penned by Management Guru, modern-day Drucker and New York Times best-selling author, Dr. Vijay Govindarajan, the simplicity of his theory on innovation should be apparent to even the simpleton among us.

It’s quite likely the West, used to aping themselves rather than India, has caught on too, propelled by the realism and real-life examples quoted in the book.

“VG” is what academia, business and industry call him. My familiarity with his techniques is that I have read almost all his books and white papers, and also made a presentation two years ago to him and delegates visiting from Tuck School of Business, Dartmouth College, USA, where he serves as the Coxe Distinguished Professor. VG collaborated with General Electric CEO Jeff Immelt to write the globally acclaimed Harvard Business Review article that pioneered the concept of “reverse innovation.”

VG says companies must foresee change in the current model before a crisis forces you to abandon it. In Box 1,the present, keep the existing business going, he says. Box 2 denotes the past and he admonishes companies to forget what made them successful, and Box 3 is for the future, where a new model needs to be created to sustain and grow.

From Box 2, the West has swiftly progressed to Box 3, and here they have adopted VG’s reverse innovation as a strategy – innovating in emerging markets and distributing the innovations in developed markets.

Writing in a 2015 issue of Forbes, VG and Amos Winter present the principles followed for creating successful products for emerging markets, in diverse verticals such as manufacturing, healthcare, automotive accessories and rural electrification.

It was around that time the catalysts of transformation, ie. European boxwallahs and their American counterparts, were busy in Box 2, busy forgetting the past and erasing memories of an era of talent migration, a time when software coolies were transported from India, wrote code all day and went home to live in minimal surroundings, and dropped dollars into the NRE account which Appa or Akka in the homeland could draw with ease from an ATM.

With the realization that engineering reverse innovations is all about shifting power and people to emerging markets, came the inevitable call to action, minuted in Western boardrooms, but could very well have translated to ‘Khoob Bhalo… India Chalo, , Chennai Poovom, Bengalurige Hogona and Hyderabad Vaccanu,’ all of which happily coincided with Prime Minister Narendra Modi’s clarion call to ‘Make in India.’

IT & BPM, one of 24 sectors named then, now shines like a jewel in the Make in India crown. We are the topmost offshoring destination for IT companies across the world. As per data released by Department for Promotion of Industry and Internal Trade (DPIIT), the computer software and hardware sector in India attracted cumulative FDI inflows worth US$ 74.12 billion between April 2000 and June 2021, and the sector ranked 2nd in FDI inflows.

Even more heartening is the August 2021 announcement by Union Ministry of State for Electronics and Information Technology, that the IT export target is set at US$ 400 billion for March 2022. The focus will include value-added sub domains such as cybersecurity, hyper-scale computing, artificial intelligence and blockchain.

With this backdrop, permit me to zero in on Global In-house Centres (also known as Global Capability Centres and previously as captives) as a case study or use case for reverse innovation. The GIC as a concept is not new, it has always been practiced in low-cost geographies for the last 25 years in some form or other. Typically, a GIC is owned and operated by the same company which benefits from the services in an overseas location.

Another option is for the overseas company to outsource the entire GIC to a third party, which manages the operations from end to end – brick and mortar infrastructure set up, hardware and software, search, selection, training and onboarding of personnel and management as per pre-set norms of the end client.

Whether spurred by VG’s thinking, or the upshot of brainstorming by in-house MNC strategists in the last two decades, GICs have grown in size and stature across Tier-1 and Tier-2 cities in India.

Currently, as per NASSCOM, India is home to over 1,300 GIC / GCC organisations which provide employment opportunity to over 1.3 million professionals, and contribute US$33.8 billion in gross revenue, as of FY 2020.

The primary locations are the usual suspects – Bengaluru (38%), Hyderabad and Delhi-NCR (14% each), Chennai (11%) and Mumbai and Pune (10% each), with the balance spread across emerging locations – Thiruvananthapuram, Coimbatore, Vadodara, Kolkata and Coimbatore.

The findings of another NASSCOM study, with inputs from Bain & Company, point to a reverse brain drain as well. More senior leaders of the enterprise, particularly those two levels below CEO, will operate out of Indian GICs in the next 3-5 years. Further, 60% of Enterprise CXOs expect more work to shift from the global headquarters to Indian GICs in the next few years.

Just as the parent segment IT and BPM have scaled in value, GICs too have evolved according to NASSCOM, moving from the cost centre and cost arbitration stage, and shifting focus to high-value activities such as IP-creation, building competencies around emerging technologies, setting up Centres of Excellence and taking full ownership of vendor management.

The maturity model of GCCs, as mapped by NASSCOM, is a treat to observe: At first, they served as outposts, next as a satellite outfit, and later as portfolio hub. What we experience in the present is the transformation hub, where the GCC takes ownership of the product and business.

If such is the potential of GICs, if the forecast is 2,000 GICs in India by 2025, projected market size is USD 58-61 billion and direct employment opportunity is nearly 2 million, it’s a segment worth entering and nurturing.

What should MNCs wanting to set shop here look for? Of course, they can ask VG, but considering his calendar is choc-a-bloc, try to tick these boxes:

With GICs set for a bigger growth wave than the BPOs of the mid-90s and KPOs of the new millennium, MNCs could soon exclaim ‘veni, vidi, vici,’ as they come, see and conquer this key segment. India will be the ultimate winner as our fortunes too will reverse. VG is sure to agree.

(The author is a former green energy entrepreneur and banker, serves as Pre-sales Director and Customer Satisfaction Lead (GIC), in a leading tech enterprise. Views expressed are her own.)

Next Story
Kerala has the right idea with vaccine mandate