India’s new Agri-marketing reforms could be the 1991-moment For agriculture, But they need supplementary action for optimal results 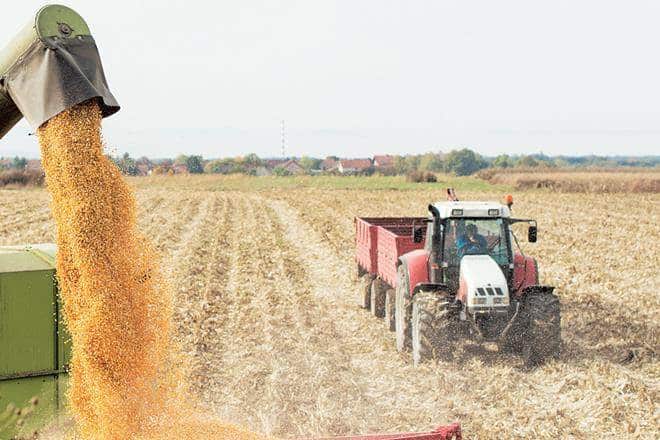 Today, India is the largest exporter of rice in the world, and the second-largest producer of both wheat and rice, after China.

The Modi government deserves compliments for finally biting the bullet and ushering reforms in India’s agri-marketing system. If the final print of the proposed legal changes follows the spirit in which the finance minister announced her package for farmers, this can go a long way in building efficient value chains, ensuring better prices for farmers, as well as lower prices for consumers, with improved quality.

The FM’s package had 11 major points, of which eight related to miscellaneous items ranging from Rs 1 lakh crore for building agriculture infrastructure to Rs 500 crore for bee keeping, or another Rs 500 crore to go from TOP (tomatoes, onions, potatoes) to TOTAL (all fruits and vegetables). They are all in the right direction, but we do not have the details of how they will unfold, and what impact they will have. Most government schemes in the past, be it doubling farmers’ incomes by 2022 or completion of 99 irrigation projects by 2019, have a success rate of less than 50%. So, I am not very much enamoured of these first eight points.

What excites me are the last three points of her speech, which relate to (a) amending the Essential Commodities Act (ECA) of 1955; (b) bringing a central legislation to allow farmers to sell their produce to anyone, outside the APMC mandi yard, along with barrier-free interstate trade; (c) creating a legal framework for contract farming where the buyer can assure a price to the farmer at the time of sowing her/his crop. Let me explain each one of these, and why I consider these game changers.

First, the ECA of 1955 actually has its roots in Defence of India Rules of 1943, when India was facing famine and effects of the Second World War. It was re-coined, with some changes, in 1955 as the ECA. It was scarcity-era legislation. By the mid-1960s, hit by back-to-back droughts, India had to fall back on PL 480 imports of wheat from USA, and the country was labelled a “ship to mouth” economy. Today, India is the largest exporter of rice in the world, and the second-largest producer of both wheat and rice, after China. Our granaries are overflowing. But, our legal framework is of the 1950s, which discourages private sector investments in storage as the ECA can put stock limits on any trader, processor, or exporter at the drop of a hat. As a result, storage facilities in the country lack badly; when a farmer brings their produce to the market after harvest, there is often a glut and prices plummet, hurting the farmers. In the lean season, prices start flaring up for the consumers. So, both lose due to the lack of storage facilities. This amendment, if done in its true spirit, will remove this roadblock and help both farmers and consumers while bringing relative stability in prices—as also savings on large wastages of agri-produce that occur because of the lack of storage facilities.

Second, the proposed central law to allow farmers to sell to anyone outside APMC yards will bring greater competition amongst buyers, lower mandi fee, arhatiya commission, and other cesses that many state governments have been imposing in APMC markets. Our farmers suffer more in the marketing of their produce than in producing it. APMC markets have become monopsonistic, with high intermediation costs. This law will open up more choices for the farmers, and help them get better prices. So, farmers’ incomes should improve. Creating a barrier-free interstate trade and movement of agri-goods will lead to better spatial integration of prices, helping farmers from regions of surplus growth get better prices and consumers in regions of deficit produce lower prices. India will be one common market for agri-produce, finally! Mamta didi can no longer stop the movement of potatoes from West Bengal to Odisha, as she did some time back.

Third, the legal environment for contract farming, with assurance of a price to the farmer at the time of sowing will help them take cropping decision based on forward prices. Normally, our farmers look back and see what prices were last year, basing their sowing decisions on these. It leads to a typical cobweb problem of boom and bust. The new system will minimise their market risk.

However, one must bring in some supplementary notes for optimal results. Big buyers like processors, exporters, organised retailers, etc, going to individual farmers, who are very small, is not a very efficient proposition. They need to create scale, and for that, building Farmer Producer Organisations (FPOs) based on local commodity interests, is a must. This will help ensure uniform quality, and lower transaction costs, along with improving bargaining power of farmers vis-à-vis large buyers. NABARD has to ensure that all FPOs get their working capital at a 7% interest rate—the rate that the farmers pay on their crop loans. Currently, most of them depend on micro-finance institutions, and get loans at interest rates of 18-22%. This makes the whole business high-cost.

Another thing to watch is the fine print of the legislation. I hear, in the corridors of power, talk that stocking limits under the ECA can be reimposed if prices of perishable items go up by 100%, and that of non-perishables by 50%. So, would the government impose stocking limits on onions if the price goes from, say, Rs 22/kg, which is the price right now in Safal kiosks, to Rs 44/kg after a month? Doing so will be sheer stupidity on the part of the government. It will undo all the reforms of the ECA. One needs to see how much of an ‘extra burden’ this price increase inflicts on the overall food budget of a household.

In conclusion, the government has surely shown willingness to walk the right path and deserves compliments. It can be a harbinger of major change in agri-marketing, a 1991 moment of economic reforms for agriculture! But, before one celebrates it, let us wait for the fine print to come.

Follow us on
Latest News
German Parliamentarians visit India to study impact of climate change and potential solutions
IIMC launches  permanent campus in Aizawl
Kaynes Technology IPO set to open on November 10
Samsung pokes fun at Apple again; new ad nudges iPhone users to switch to Fold and Flip
ED raids multiple locations in West Bengal, Jharkhand in money laundering case
Who is Isudan Gadhvi, AAP’s best bet against BJP as CM face in Gujarat?
Indian Ocean Rim Association seminar on illegal  fishing
Photos
Heart-wrenching! Here is a look at Morbi and the suspension bridge that collapsed
4 days agoOctober 31, 2022
In Pictures: PM Modi in Kargil to celebrate Diwali with soldiers, says, ‘All of you have been my family for years now’
2 weeks agoOctober 24, 2022
In Pictures: PM Modi inaugurates Deepotsav in Ayodhya; World record set by lighting of over 15 lakh diyas
2 weeks agoOctober 24, 2022
Read More
×
Money over mental health: Are we still prioritising our people?
Protecting competition in the digital space
Data Drive: IT hiring cools
Premium
Need that extra 1%
Troika at the helm of G-20
Does the UN think there are ‘good coups’ and ‘bad coups’?