Of the ten major themes around which finance minister Arun Jaitley weaved his Budget for FY18, farmers and the rural population topped the list. 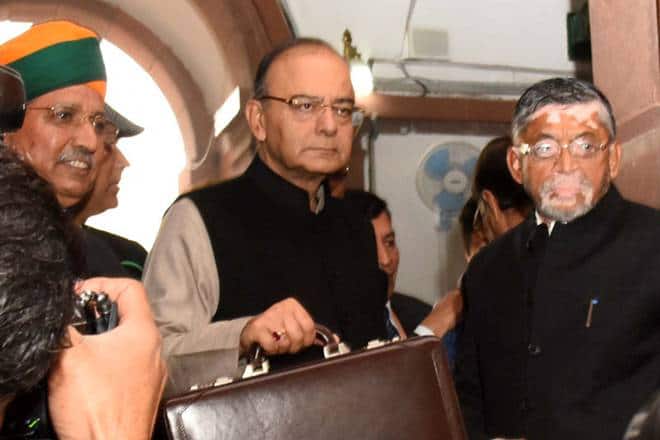 In the first three years of the Modi government, average agri-GDP growth in real terms has been just 1.7%.

Of the ten major themes around which finance minister Arun Jaitley weaved his Budget for FY18, farmers and the rural population topped the list. Incidentally, he also reiterated prime minister Narendra Modi’s, and the last budget’s, commitment to double farmers’ income within five years.

In this context, let us analyse the key budget provisions pertaining to the peasantry and rural folk, apart from the safety nets for the poor and the underprivileged that also figure among the ten listed themes. Our idea is to see if this Budget is a ‘development’- or a ‘dole’-Budget.

Let’s start with doubling of farmers’ income in five years. Here, Jaitley (and Modi) need to clarify whether it is nominal or real incomes, and what is the base year over which these are sought to be doubled. The last year for which a survey of farmers’ income is available is 2012-13. What we need to know is the level and structure of farmers’ income in FY16, which can act as a base year to judge the progress of promises from the current fiscal onwards.

In the first three years of the Modi government, average agri-GDP growth in real terms has been just 1.7%. This does not inspire confidence on the goal of doubling farmers’ incomes in five years with business-as-usual policies. Coming budgets, therefore, must focus on massive infusion of investment to spur agriculture growth on a sustainable basis to 4%-plus per annum.

Does this Budget do it? Our calculations show that the largest allocations within agri, food and rural-related sectors goes to food subsidy (R145,339 crore) and MGNREGA (R48,000 crore), both of which are essentially safety-nets for the poor. For farmers, the largest chunk is reserved for subsidies on fertiliser (R70,000 crore), credit (R15,000 crore) and crop insurance (R9,000 crore), totalling R94,000 crore.

With almost 88% of the funds earmarked for agri, food and rural sectors going towards safety-nets and farm subsidies—and only 12% for productivity-boosting investments—our policymakers have clearly put the cart before the horse! It is difficult to imagine how such a dole model of budgetary allocations can spur agricultural growth on a sustainable basis to ensure doubling of farmers’ incomes in five years. Yes, the Budget has also sought to boost public investment in agriculture through borrowings by Nabard. But even after adding such funds to be raised via the non-budget route, such as those for major and medium irrigation, (R20,000 crore), micro-irrigation (R5,000 crore) and

a dairy processing infrastructure fund (R8,000 crore corpus, starting with R2,000 crore this year), the overall picture does not change fundamentally. The policy framework remains a dole model with an overt pro-consumer bias.

To be fair, the above framework is a legacy of the UPA regime. But one would have expected this government to correct this. True, there is some movement toward the development model, but not enough to make a significant difference to Indian agriculture or farmers.

We raise this issue of “dole versus development” models, as our research at ICRIER clearly establishes that the marginal returns—whether in terms of agri-GDP growth or poverty alleviation—are five to 15 times more from investments in agri-R&D, rural roads, and irrigation than, say, from fertiliser subsidies. Subsidies on food and fertilisers, and also MGNREGA expenditures, needed major rationalisation. We know that these programmes are resource-guzzlers and their implementation is ridden by inefficiency and corruption. Unfortunately, this Budget has not attempted any fundamental reforms in them.

The recent decline in real capital formation in agriculture from 18.3% of agri-GDP in FY12 to 16.2% in FY15 should have been a wakeup call. But forget the Budget, even the latest Economic Survey raises no alarm bells on this account. The target of R10 lakh crore credit to the farm sector

wouldn’t alter the situation, as about 80% of it will go for short-term crop loans and not for investments.

So, the big picture that emerges is that policy is still heavily pro-consumer and dole-oriented, even while the farm sector is crying for investments. It is high time out policymakers realise that a strategy of offering freebies galore but starving investment will not deliver high agri-growth in a sustainable manner. Agriculture will keep limping and so will the fate of farmers, unless major structural reforms are undertaken quickly.

Better targeting and rationalisation of subsidies could free up resources for investment in agriculture. There could be savings of around Rs 50,000 crore if only food and fertiliser subsidies are routed through direct benefit transfers and leakages are plugged. This money can be diverted toward investments in roads, agri-markets, irrigation, and agri-R&D, which can provide food security for the medium to long term and also augment farmers’ incomes. Hope the government takes some bold steps in this direction—may be outside the Budget!

Gulati is Infosys chair professor for agriculture, and Terway is research associate, ICRIER. Views are personal