A question tax professionals are often asked is: Has the government done enough to address the situation on tax? Several negative catchphrase… 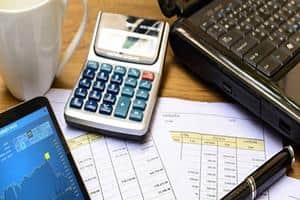 WHILE taking a personal loan to finance your needs is a good idea, if not handled well, these loans can even land you in a debt trap.

A question tax professionals are often asked is: Has the government done enough to address the situation on tax? Several negative catchphrases had peppered headlines in the recent years—’tax adventurism’, ‘ghost of retrospective legislation’, etc— when it came to the tax atmosphere in the country. Thus, to answer the question, one has to lay a context, besides asking “to which arm of the government is the question directed to—legislature, executive or the judiciary?” since the answer may vary.

Here, I first assess tax progress insofar as the judiciary’s role is concerned. At the Supreme Court (SC)  last year, two judges were tasked exclusively with tackling tax-case pendency—this helped clear up cases filed as far back as 2009-2011. Conventionally, the apex court has had dedicated tax benches, but the disposals in 2015 have been unprecedented and the bench’s focus relentless, given the complexity of the cases across a range of business models.

The bench gave direct and indirect tax cases equal importance; it reversed/modified/upheld judgments of high courts and it dealt with conflicting verdicts of multiple high courts (HCs). It dwelt upon cross-border tax issues, whether it was the MAT levy on FIIs or transfer-pricing adjustments. It dealt with the complexity of works contracts to settle the law on issues that typically contractors and real estate builders face due to the wide spectrum of state and central tax laws. It even cleared the air on state taxes such as Octroi and local business taxes. Over 200 tax judgments—a record of sorts in India’s judicial history—were reported. The apex court has stuck with the dedicated tax bench, realising its importance.

How does SC verdict help? First, it assumes the status of law under the Constitution, unlike an HC verdict. Second, it affords an opportunity to the executive to issue administrative guidance on the binding nature of the law laid down by the SC, which serves as a directive to field-officers, and last, all similar cases achieve closure if they are before the HCs and tax tribunals.

A similar trend can be seen in the high courts over the past couple of years, with the Bombay and Delhi HCs meriting a special mention. The Delhi HC has delivered path-breaking and bold verdicts, quashing proceedings initiated by CBDT and CBEC administrative guidance for assessments and subsequent denial of benefits. It has also lent clarity to the maintainability of advance ruling applications, has settled issues on complex matters such as profit attribution for permanent establishment rules, has dealt with a batch of appeals in the marketing intangibles controversy on advertising expenses incurred by foreign MNCs, had both upheld and reversed separate decisions of tribunals on matters dealing with anti-tax avoidance and transfer-pricing matters. It delivered over 100 landmark judgments, of which almost a fifth are on transfer-pricing. It didn’t spare the taxman in cases where tax-payers’ rights were breached.

The tax bench of the Bombay HC, in 2014, delivered a landmark judgment, in the Vodafone & Shell transfer-pricing adjustment in the context of issuance of shares. In 2013, the arbitrary manner in which the law was interpreted by the administration had shaken the confidence of the MNCs. The HC, issuing a writ, read the entire law down, including the provisions that gave meaning to the retrospective amendment, and quashed the assessment proceedings by labeling them as “going beyond the framework of statute”. The attorney-general stating that the government would not further appeal the verdict was a pleasing outcome. This sent out signals that the executive was walking the talk. Other landmark judgments dealt with the legality of reopening of assessments and characterisation of income.

Mostly, the courts were dealing either with substantial questions of law that have either not been raised earlier or those arising out of the new business models and, more important, the quantum of tax involved. This degree of action by the judiciary (goo.gl/NkWQpY) has certainly aided the overall process of clearing tax demands.
The tribunals have been equally active. A bench of the Ahmedabad tribunal, making use of the increase in the threshold limit, disposed over 1,500 cases in a week. Statistics show that the pendency of tax cases in tribunals across the country has fallen dramatically. Judges and tribunal members frowning upon advocates and government counsels who seek repetitive adjournments, disregarding the precious time of the court and costs incurred by the tax-payers, is now a common sight —one wishes that the system gets more intolerant towards adjournments.
It would be a mistake not to mention how the government swung into action in dealing with the issue of MAT on
FIIs by appointing the Justice AP Shah panel, and amended the law to take the MAT-yoke via Finance Act 2016. The entire controversy, which had a potential to snowball, died a swift death.

Among a host of administrative circulars issued by the department of revenue on dealing with tax disputes, the most significant one is the one notifying the increase in the threshold (tax demand) limit for government to appeal to higher fora. This single move will unclog the system. The CBDT issuing timely circulars (goo.gl/nYrqAx), accepting decisions of several courts and directing field-officers to follow these orders—and, in many cases, reemphasising the apex court’s guidance on a host of issues—is a refreshing change from earlier times. In general, I see a sense of recognition of the powers conferred under the law (section 119) and effective utilisation thereof by the CBDT, something that rarely happened in the last decade.

Last, but not the least, I see increased consultation on a host of issues at the policy formulation stage, given the potential for litigation. The decision to defer place of effective management (PoEM) rules and the stakeholder consultation in framing of subordinate legislations are notable examples. I see the trend continuing. Years of ignorance have preceded such fair implementation of sensible tax policies—it will take us even more time to remedy the situation entirely. And to do that, we need wider stakeholder consultation at policy formulation stage, clarity and guidance (to officials) at the enforcement stage and, of course, a timely dispute resolution mechanism to uphold the rule of law.