Two and half years of Narendra Modi Govt: Centre’s Rs 16,000 cr spend on PM Fasal Bima Yojana may hit some hurdles; here’s why

The Centre spent more than R16,000 crore on PMFBY, but the chalta hai attitude of some states may spoil the show 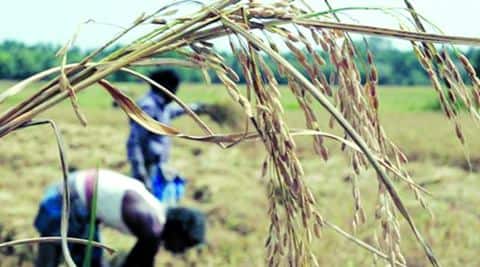 The Centre spent more than R16,000 crore on PMFBY, but the chalta hai attitude of some states may spoil the show. (PTI)

In the aftermath of demonetisation, the mid-term point of Modi government, on November 26, passed almost unnoticed. Normally, mid-way is a point to pause and reflect, and we do that with reference to agriculture, which engages half of the country’s workforce.

As is well known, the Modi government was hit by back-to-back droughts in the first two years of its term, and agri-GDP growth collapsed to just 0.5%. Some regions like Marathwada experienced acute distress. But sometimes, bad times are good for policy. The Modi government launched a new crop insurance scheme, the PM Fasal Bima Yojana (PMFBY) in February 2016, with a view to de-risk agriculture of vagaries of nature. Kharif 2016 was when the scheme was piloted, and government seems to have incurred a spending of more than R16,000 crore. It would be good to evaluate its performance with a view to improvise it further.

PMFBY basically replaced the existing National Agriculture Insurance Scheme (NAIS) and Modified NAIS (MNAIS), which were not serving farmers’ interests well. The sum insured under MNAIS, particularly for risky crops and districts, was meagre as it was based either on the quantum of crop-loans or caps; crop damage assessment, based on crop cutting experiments, was time-consuming and compensation to farmers often took several months, quite often even more than a year. The government decided to revamp all this and, as per the new PMFBY, a technical committee in each district now decides the ‘scale of finance’ for sum insured, taking into account all costs that the farmer incurs. The premiums are decided on an actuarial basis—without any capping, but by inviting competitive bids from public and private insurance companies. The premiums so discovered are then subsidised for the farmers, who pay only 2% for kharif crops, 1.5% for rabi crops and 5% for annual commercial crops, including horticulture crops. The rest will be paid by the government, divided equally between the Centre and the state governments. High technology, from smartphones and GPS to drones and satellites is to be used for accuracy, transparency, and faster assessment of damages and settling claims.
An appropriate performance evaluation of this scheme demands comparing it with NAIS plus MNAIS over the last three years—especially with kharif 2013, which experienced normal rainfall, and with kharif 2015, which faced severe drought, the second in a row. The weather-based crop insurance scheme is different one and is still continuing in its earlier avatar.

As for PMFBY’s coverage, it insured 35.5 million farmers compared to just 12.1 million in kharif 2013, and 25.4 million in kharif 2015 under NAIS and MNAIS combined. This is a whopping increase, of almost 193% over kharif 2013 and 40% over kharif 2015. Within this, as per the Press Information Bureau, the number of non-borrowing farmers increased by more than 6 times. However, this needs further probe before one jumps to celebrating its success.

Area insured also increased from 16.5 million hectares (m ha) in kharif 2013 and 27.2 m ha in kharif 2015 to 37.5 m ha under PMFBY. But the most spectacular increase has been in the sum insured, which went up from R34,749 crore in kharif 2013 to R60,773 crore in Kharif 2015, and now to R1,08,055 crore under PMFBY. All these indicators point to the right direction and pace, and if it continues, India may soon have half of its cropped area insured within 3-5 years.But one needs to straighten out some of the implementation glitches to make it serve farmers well and at a lower cost to the treasury. The first problem encountered with this scheme is that the actuarial premium, instead of coming down with increasing scale of coverage, has sharply gone up from 9.8% in kharif 2015 to 14.9% in kharif 2016. This defies the very logic of insurance, namely premiums should drop when scale increases. On digging deeper, we found that the states which completed the tendering process early got premium rates ranging from 4-8%, but those that were late to the game got much higher premium rates—as high as 20%. Our discussions with some insurance companies revealed that it happened as companies and their re-insurers had stretched their capacity to the brim, and then started quoting abnormally high premiums to make moolah! Hopefully, with competition in the subsequent seasons, these rates will drop significantly—possibly even to 3%, with coverage of 100 m ha. This would bring huge savings to the treasury, and the PMO or finance ministry need to appoint a committee to specifically look into this issue and realise this potential cost-savings.

The litmus test of any insurance scheme lies in how quickly it can assess crop-damages of farmers and how fast it can settle their claims. Luckily, kharif 2016 had a normal rainfall at an all-India level. However, there were pockets (e.g., eastern Uttar Pradesh, Bihar, Assam) that faced floods, where farmers lost their crops. The assessment of damages had to be done by eye-inspection. Drones could have been easily employed, but they were not. Under the guidelines, smartphones had to be issued to field officials , but they were not. States had to pay premiums to companies in advance, but, in many cases, they did not do so. As a result, only a minuscule number of the affected farmers have received compensations so far. This is not inspiring.

Lesson: Unless a bold policy is matched by effective implementation, it may not deliver fully. The irony is that government is spending more than R16,000 crore on PMFBY, but the “chalta hai” attitude of some states may spoil the show. One needs a champion fully committed to the idea of PMFBY, ensuring its effective implementation. Only then it can truly serve the cause of peasantry.