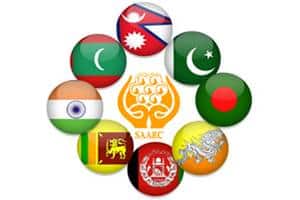 For road connectivity, relevant four of the SAARC countries, BBIN, got together to resolve the critical logistics-related problems they encounter.

An important event with potential to enhance and facilitate trade in South Asian sub-region has gone almost unnoticed. In a first, a Bangladesh truck, loaded with its export consignment, reached designated Customs clearance station at Patparganj, Delhi, via the border-crossing Customs check-post at Petrapole on the Indian side. On receipt of relevant information and documents from the transport operator, an on-line permit was issued for the vehicle, and driver electronically vetted by both India and Bangladesh. On-line GPS tracking system enabled the vehicle to be tracked 24X7, origin to destination, by the designated agency. The occasion signified an opportunity to change important contextual architecture of South Asian region in terms of integrated value chains.

Recall, the 2014 SAARC Summit in Kathmandu; the theme of “connectivity” was high on the Summit agenda for agreements on region-wide seamless road and rail transport to be formally signed after they had been duly deliberated and finalised by all the member states. But the Motor Vehicle and Rail Transport Agreements fell through due to Pakistan’s habitual obduracy. Prime minister Modi maintained that “our relations become stronger when we connect the lives of the ordinary citizens of our countries. That is why connectivity and services by rail and road are so important”. To break loose from the logjams, India is perforce adopting the “SAARC minus one” approach as, for instance, its focus on economic corridor development through the South Asia Sub-regional Economic Cooperation (SASEC), involving six South Asian countries—Bangladesh, Bhutan, India, Maldives, Nepal and Sri Lanka. Myanmar too has indicated its intention to join SASEC.

For road connectivity, relevant four of the SAARC countries, BBIN, got together to resolve the critical logistics-related problems they encounter. A landmark MVA for the regulation of passenger, personnel and cargo was signed by the transport ministers of these four countries at Thimpu on June 15, 2015.

The framework agreement for road vehicles is currently being supplemented with implementing protocols. The real success of the project would indeed depend on its ability to promote harmonisation and standardisation of procedures, foreseeing simple provisions for micro-level operational issues as well as procedural norms. As the agreed protocols are currently work in progress, the cargo-laden truck from Bangladesh to Delhi was on a test/trial run.

Lack of transit agreement among SAARC member countries has affected the intra-regional trade and the process of regional integration. For example, Assam’s tea for export travels 1,400 km to Kolkata port, while it could traverse under 600 km, if it went to Chittagong port. Goods from Kolkata travel 1,645 km to Agartala; direct distance would be only 350 km, if through movement via Bangladesh was feasible.

Economic growth rides on transport. Some 90% of intra-SAARC trade is transacted between neighbouring countries; 60% of it along land routes. Instead of seamless logistics chains, that is a growing norm worldwide, India, Bangladesh and Pakistan do not permit vehicles of one country to enter and operate in another. They indulge in antediluvian practice of unloading/loading of cargo at Wagah/Attari or Petrapole/Benapole and other borders, resulting in multiple handlings, delays, losses. The total perceived cost of these deficiencies and delays, when aggregated with the estimated excess time costs, amounts to 12.31% of the average value of a typical shipment from Kolkata to Bangladesh compared to an “ideal” cost of 1.93% (World Bank). These severe restrictions are exacerbated by unharmonised, cumbersome documentation and regulatory processes, even divergent weekly holidays and working hours observed by Customs at cross-border stations.

So, south Asia remains bedeviled for want of adequate economic integration. Intra-South Asia trade in 1948 accounted for 18% of its total trade, which now languishes at a paltry 3-4% of its collective global trade turnover, in comparison with over 25% in ASEAN, 35% in East Asia, 40% in NAFTA, 60% in EU. In this context, a SAFTA, MFN or free trade means little, if the goods do not move across borders freely. Transit barriers impede the flow much more severely than tariff barriers. World Bank’s Doing Business and Logistics Performance Index reports highlight logistics costs in South Asia being 15-24% of national GDP vs 8% in EU and USA.

Bangladesh together with Myanmar occupies a pivotal position for Northeast India, Bhutan and Nepal to revive historical linkages with countries in Southeast Asia. Time is propitious. There has lately been good movement forward in India-Bangladesh logistics arrangements. Coastal shipping agreements between Bangladesh and India have been signed. As an inflexion point, an initial 10,000 tonne parcel of rice for Tripura was shipped from India to Ashuganj river port in Bangladesh, from where grain was delivered on Bangladeshi trucks all the way to FCI warehouse in Agartala. There are discussions for regular containerised cargo movement between Dhaka and Kolkata and other parts of India.

The protocols now being finalised need to ensure that most of the institutional and procedural constraints are adequately addressed through optimal use of ICT, a common online platform, inter alia, for issuance of permits, digitally signed and uploaded on a web-page and made accessible to the host countries’ regulatory authorities, vehicles equipped with electronic seals affixed by Customs, and GPS-based monitoring facility, besides standardised common forms and documents pertaining to consignments, vehicles and crews.

To avoid any need to execute individual bonds or bank guarantees, a standard International Transit Manifest may be agreed upon by BBIN Customs administrations, also the exchange of pre-arrival Customs declaration data at land border check posts. Based on a United Nations Convention, the TIR Carnet system provides for national guarantors to be covered locally by a national insurance contract, linked to a global contract, thus dispensing with the need for multiple bilateral contractual arrangements.

The BBIN MVA is a momentous step. It may well aim to be an exemplary template for other sub-regional arrangements being put in place, such as the India-Myanmar-Thailand (IMT) Motor Vehicles Agreement for which the framework agreement was finalised in July 2015. So also the Bangladesh–China–India–Myanmar (BCIM) Economic Corridor, to pave the way for seamless transport in the region. ASEAN member states are in the process of ratification and implementation of ASEAN Framework Agreement on the Facilitation of Goods in Transit (AFAFGIT). Cambodia, Laos, Thailand and Vietnam already have bilateral road transport agreements, enabling efficient movement of goods and people.

The author is senior fellow, Asian Institute of Transport Development, and was the first MD of the Container Corporation of India Ltd. Views are personal

Next Story
P Chidambaram: Even as ISIS named, no mention of Pakistan, JeM, LeT in BRICS communique