Track and trace technologies (T&T) are touted to be the game-changer in ensuring safe drug distribution chains and instituting quality and expiry recalls. 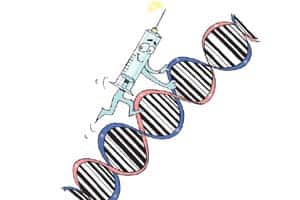 Track and trace technologies (T&T) are touted to be the game-changer in ensuring safe drug distribution chains and instituting quality and expiry recalls.

Track and trace technologies (T&T) are touted to be the game-changer in ensuring safe drug distribution chains and instituting quality and expiry recalls. T&T systems allow regulators, manufacturers, consumers and others to track products in the drug distribution chain, improving the visibility of the product movement by verifying its authenticity and past locations. T&T systems rely on serialisation—the assigning of unique identifying numbers to products. When fully implemented, products that lack identification numbers, or products with identification numbers that cannot be accounted for throughout the distribution chain, must be treated as falsified and removed from the market, even if they come from licensed manufacturers.

In 2011, the Indian government instituted a task-force for studying T&T that examined three hardware and seven solution providers, after which they found that there was not much difference across hardware providers as hardware essentially consisted of barcode readers, computers and printers. It was suggested that stakeholders at the lower end of the supply chain can use their existing computers and internet connection in order to implement a T&T system, ensuring no exorbitant costs. However, at the same time, it was acknowledged that being a system that is not widely used within the pharmaceutical industry, the cost estimated by stakeholders and solution providers varied greatly. This is in line with findings from a research study undertaken by the authors.

In early February this year, there were media reports regarding an immediate roll-out of a T&T system for the domestic market and, by April, the discussion on T&T roll-out on primary packing had entered into policy circles. The speculation on T&T implementation ended by early June, with the release of a draft notification containing the draft rules to implement barcoding of medicines at the primary packing (which is in physical contact with the drug) in the domestic pharmaceutical market. If this provision is made mandatory and is implemented, then India would become the first country to do so.

Making such a system mandatory may pose difficulties in implementation (at the primary level packaging) for all the manufacturers and may drive out marginal players, in particular. Many stakeholders interviewed in the study were of the opinion that although, in principle, T&T systems are needed to enhance consumer confidence and improve overall drug quality, the viability of mandating the printing of unique identifiers on primary packing in the domestic market would run into significant challenges.

One of the major concerns is that its deployment in the current form would result in steep learning curves for pharmaceutical firms, leading to huge compliance costs for manufacturers both big and small. Secondly, since such a system requires the database structure to establish a parent-child relationship (where the former is the central node enforcing T&T, while the latter represents the firms feeding data to this node), it requires constant movement of data both towards the central node and away from it when accessed by downstream supply chain participants and consumers. This raises an additional challenge of maintaining a secure database.

Also, when printed on primary packs, this information would be available in the public domain, which may allow illegitimate products to enter into legit pharmaceutical product supply chains by making use of legitimate serialisation numbers, further compounding the problem of spurious drugs in the country. A view taken by some key stakeholders was that serialisation at the secondary packing level, in contrast, may result in a relatively more secure database, allowing only those managing the supply chain of medicines to authenticate the fidelity of the serialisation information.

Lastly, barcoding at primary packs has its own complexities, such as those of artwork standardisation which, many a time, has to be accommodated onto extremely small-sized packaging; exemption of the inventory that is already labelled without the proposed provisions, etc. These issues might lead to a situation where consumers may discard legitimate products because of problems with accessing the database or with packaging variations.

In the light of the foregoing, a T&T system should be implemented in a staggered fashion (by introducing barcodes on secondary packs for the domestic market to begin with) and further be retrofitted into every production line (where sufficient time should be provided to the manufacturers for its implementation). It should be noted that this would only be within the reach of the manufacturers if the entire life-cycle management cost of deploying the T&T system (software development, cloud deployment, database management, artwork standardisation, barcode standard selection, etc) is borne by the exchequer.

It is interesting to note that T&T systems may also be deployed to solve many more long-standing problems of pharmaceutical regulation in India. Data collected in T&T systems can be used to formulate a national registry that enumerates all active manufacturing firms in all Indian states along with data on what all pharmaceutical products are being manufactured by these firms, including fixed-dose combinations. The T&T system may be integrated with the newly rolled out Integrated Pharmaceutical Database Management System (IPDMS)—developed by the National Informatics Centre (NIC) for the National Pharmaceutical Pricing Authority (NPPA)—acting as a pharmaceutical monitoring and information system. This, in itself, would serve as a real-time monitoring system for the regulator, and can be used to define the true quantum of duties for the national regulator to institute further reforms. It will also be possible to remove any irrational drugs from the market smoothly using such a registry.