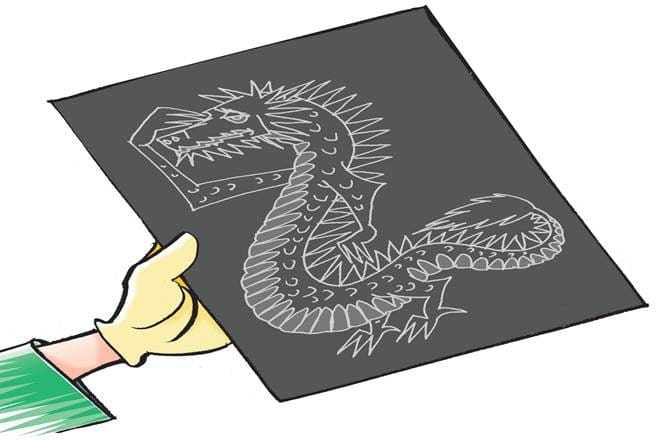 The ‘Chinese model’ and Xi at the ‘core’ is often considered the decisive way forward.

The Chinese year of the rat has started with a metaphorical ‘plague’. A mysterious pneumonia-like flu, the coronavirus 2019-nCoV, has done what critics haven’t been able to do, striking the heart of the Chinese establishment—the party-state and perhaps even, President Xi Jinping’s credibility.

Li Wenliang, the 34-year old ophthalmologist who first broke the news on China’s social media on December 30, mentioning seven patients suffering from a mysterious illness “quarantined in the emergency department” is among those who succumbed to the coronavirus. Back then, Li was summoned in middle of the night and forced to retract what he said on grounds of rumour mongering.

Tragically too, the coronavirus has struck a note on global collective moral compass, what with the disturbing surge of the xenophobic ‘Yellow Peril’ in several guise—cartoons, memes, media headlines and not to mention, the (mis)treatment of Chinese nationals, who not so long ago, were fawned and feted for their buying power.

Also Read
What China’s reopening means for India
Education’s new normal
Why management is both art and science
Understanding the four Vs of operations management – volume, variety, variation and visibility

The coronavirus has come seventeen years after the SARS outbreak (2002)—emanating from Wuhan, a city of 11 million in central China. So far, it has led to more than 600 deaths and confirmed cases of infection have surpassed 30,000 eclipsing 349 killed and 5,300 infected by SARS in (mainland) China. So far, more than 1,500 people have recovered. Outside mainland China, Japan has registered the highest number of confirmed cases (86), followed by Singapore (30).

Airlines have cancelled flights to China, several businesses remain closed and at least 24 provinces (out of China’s 33 administrative regions), municipalities and regions in China have extended the new year holidays till February 10.
How did it start?

The ‘Wuhan virus’ is shorthand for the coronavirus that emanated from Wuhan. Wuhan boasts of several fresh markets (called ‘wet markets’ in China) including an innocuous market called Huanan Seafood Wholesale Market, which as it appears, was the epicentre of the disease.

The market, unregulated as it was, fed the appetite for wild, exotic animals. The coronavirus is said to have jumped from bats to snakes to humans. Some others have not ruled out the possible leakage from the Wuhan National Biosafety Laboratory, which routinely tests pathogens. Wild rumours, ‘conspiracy theories’ abound too.

How did the world know?

The first case is traced to December 8. On December 30, Li ‘WeChatted’ (China’s ‘WhatsApp’) warning his medical school alumni about the flu. Within hours, Li’s message went viral with ‘Wuhan SARS’ trending before it was removed by the censors. Wuhan’s Public Security Bureau (PSB) stepped in to investigate Li, accusing him of making “false comments”. Li had to give a written statement retracting what he had said. Eight people (medical professionals) were also charged for circulating rumours.

The provincial government gave little clue. On January 17, the Wuhan governor Wang Xiaodong hosted officials telling them “Political issues are at any time the most fundamental major issues”. The city allowed a banquet for members of 40,000 families to go ahead. It is alleged that the local government did not want to have anything that would come in the way of meetings and banquets.

But on January 20, Dr Zhong Nanshan (whose team had identified the SARS virus in 2003) announced that the coronavirus was being transmitted between humans. On January 23, Wuhan was quarantined. On January 27, Wuhan mayor Zhou Xianwang admitted that the government had not disclosed information in a “timely manner”.
Taking responsibility, Zhou said that the national law on infectious diseases had been an obstruction, as provincial governments could declare an epidemic only after central government approved. Predictably, public anger grew. On January 28, China’s Supreme Court stepped in and criticised the police for punishing the alleged “rumour mongers”.

The party-state and Xi’s credibility

China’s President Xi Jinping has been infallible, the ‘Chairman of Everything’(CoE) as critics have wise-cracked. Critics have come, ranted and gone. But the coronavirus, given how it spiraled out of control and Li’s tragic death cast a shadow on the party-state and Xi.

China’s party-state ‘top-down’ control, with Beijing-in-charge reveals the accidental and dangerous consequences of centralisation and censorship, of hierarchy and bureaucracy. For the party-state social-stability is important as is having provincial party cadre toe the party-line. ‘Top-down’ control with Wuhan bureaucracy looking at Beijing for instructions, control and censorship of the local and central press coupled with the absence of opposition have proved their inefficacy.

As for Li’s death, both Global Times and People’s Daily announced Li’s death, only to delete the posts. The World Health Organization released a message of condolence, only to update the status.

Xi’s quarantine of Wuhan has also led to unintended consequences that seem throwbacks to the Cultural Revolution (1966-1976), where people reported against each other. News reports suggest that Wuhan residents who had travelled out were being treated as outcasts. Authorities have tracked Wuhan residents via their ID cards; neighbours/local committees have reported Wuhan travelers/students; in some cases, quarantine has turned imprisonment.

The global media has by and large been unbiased and balanced, carrying prompt reportage. Yet, some have failed.
A regional French newspaper, Le Courrier Picard based in the north of France (Picardie) carried a racist headline ‘Noveau Peril Jaune’ meaning ‘Yellow Alert’ or ‘Yellow Hazard’ reminiscent of the derogatory ‘Yellow Peril’ of the 19th century, when the Chinese were supposed to be flooding the West.

The Herald Sun (Australia) has carried the headline ‘China virus Panda-monium’ over an image of a red mask; Daily Telegraph (Australia) ran a misleading headline ‘China kids stay home’ which was understood as asking ethnic Chinese kids to stay at home. In Denmark, a newspaper cartoon replaced China’s flag stars with virus symbols. In Malaysia, 400,000 people signed a petition to ban the entry of Chinese nationals. This frightening surge of xenophobia reveals the long road to racial equality.

Reading into the situation reveals several layers. In the 1980s, an average Chinese person consumed 30 pounds of meat; today, it is 140 pounds. Reports suggest that China consumes 28% of the world’s meat, twice as much as the United States; this could not have happened without China getting prosperous.

China showed an unprecedented mobilisation of human and material resources, building world-class fully functional hospitals in record time (in ten days) following the outbreak of the disease. Also, only China could have stepped in to block all travel into and out of Wuhan, as it did, following an announcement on January 23.

But therein lies a cautionary tale about a prosperous, rising but undemocratic China—that led to Li’s tragic death. China’s social media was awash with # we want freedom of speech and # Wuhan government owes Li Wenliang an apology before they disappeared.

The ‘Chinese model’ and Xi at the ‘core’ is often considered the decisive way forward. But China’s crisis illustrates that ‘top down’ is not a one-way street of fairy break-neck development but comes at a huge cost. The central approval of the epidemic, possible under-reporting, censorship and the lack of transparency are the writing on the wall.

The author is Singapore-based Sinologist, and adjunct fellow, Institute of Chinese Studies, Delhi