There is a language to employability; it can make a difference to pay, even employment 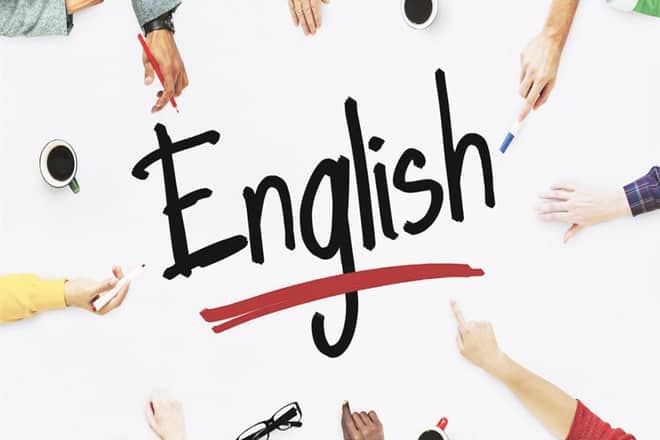 The Indian labour market, however, lacks the required number of workers with good English language skills, as workers are observed to be considerably heterogeneous in their ability to speak in English.

Skills deficit, besides being a burning problem in itself, is a major reason for presence of other labour market problems such as occupational segregation and wage inequalities. Workers’ proficiency in the English language is today regarded as an important skill-set influencing employability and human capital since the international and inter-state trade and markets are greatly connected by the English language. A British Council report states that 2 billion people will be studying English in the world by 2020. The importance and utility of the English language in India as a medium of business- and official-communication is well-known as its criticality has been reinforced due to India’s colonial legacy, linguistic diversity and the rapid growth of globalisation. According to a 2013 study of economist Aimee Chin and co-authors, being fluent in English (compared to not speaking any English) increases hourly wages of men by 34%, which is as much as the return from having completed secondary school and half as much as the return from having completed a Bachelor’s degree. Chin et al also find more experienced and more educated workers receive higher returns from English skills, and only the more educated among young workers earn a premium for English skills, whereas older workers across all education groups do.

The Indian labour market, however, lacks the required number of workers with good English language skills, as workers are observed to be considerably heterogeneous in their ability to speak in English. For instance, in a nationally-representative household survey data called the India Human Development Survey 2012, we see 21.1% of the respondents can converse in a little English, 5.2% reported they could speak fluent English. So, only a small fraction of those who are learning English can actually speak English well. To put things in perspective, 8.8% of the households reported that their children are being taught English from the first standard and 4.7% of the households who reported that their children are enrolled in English-medium schools. i.e., schools in which English is the language of instruction. Moreover, the quality of English language learning in our education system is also an issue of concern. The average quality of English language learning across the states has been disheartening as the periodic ASER and other surveys reveal.

Also Read
Towards zero stubble burning
Money over mental health: Are we still prioritising our people?
Protecting competition in the digital space
Troika at the helm of G-20

One big reason for the tardy progress in developing and increasing the good-in-English workforce is that public policy on the optimal medium of instruction in public education has been subject to confusions and controversies across the states. There is always a political and economic tussle between the state’s own language and English as the medium of instruction. On one side, regional politics asserts the primacy of the state’s language in education as it is part of cultural heritage. On the other, the globalised job market compels the usage of English in education and administration. For example, the Uttar Pradesh government has announced that it will convert 5,000 existing primary schools into English-medium institutions after giving thorough training to teachers and providing English books—those ‘English-medium’ schools will start functioning from the coming academic session.

English-language fluency enables an educated person to secure white-collar jobs in the middle and upper echelons of the job hierarchy. Many students sort themselves into different career streams depending on their relative level of proficiency in subject content written in the English language. The level of success in higher education, to a degree, depends upon English proficiency. As English is not the native language of 99% of the Indian population, the main exposure to English for children would be via schools—most of these follow the “three language formula” recommended by the Union government.

Students’ enrolment in English-medium schools is on the rise in India, and private English-medium schools are mushrooming in towns and rural areas. In many states, government schools fail to match the aspirations of parents who send their wards to private schools which they suppose are good at imparting learning in English language. Both vernacular and English-medium private schools in rural and suburban areas pay meagre salaries that are often half of what the government school teachers would earn. In such a situation, it is not surprising that these schools face an acute shortage of good-quality teachers, ones who can teach correct and effective English. The parent’s aspirations often do not match they can afford, and private schools, on their part, blame on the lower fees they get from parents. Substandard teacher quality is at the heart of low incidence of fluent English-speaking in the hinterland. There is also a paucity of English-medium schools beyond the primary school level in many rural parts of the country. Consequently, students who have been educated in English medium schools till seventh standard are forced to enroll in the vernacular high schools.

Equipping students to easily navigate between their mother-tongue and English in the course of their study is a policy imperative as many undergrads burn out midway and drop out to enter low-pay occupations due to a relatively low grasp of English. Many states have introduced teacher assessment tests lately, something which should be made regular and not just a one-off accreditation. If teacher-quality in schools is improved and teacher attendance and effort are effectively monitored, this would solve one big aspect of the problem. In the learning process, students should be trained to seamlessly translate their thoughts and words so that they would be adroit in English. Smooth transition from the vernacular-medium at the senior secondary school level to English-medium education in college should attain policy-focus.

Development and upgrading of employable skills of the burgeoning young workforce is critical to exploiting the demographic dividend. In a dualistic labour market, with an all-important informal sector, skill development (such as English skills) is a way to escape the low education- high unemployment trap as high-productivity and high-wage jobs need sharper skill-sets. Students, parents and policymakers must try for a harmonious balance between education in vernacular language and English skills so that rural or local-language speaking students can excel in studies and careers. This will bring down wage gaps and economic inequalities.

Follow us on
Latest News
UGC releases draft regulations on ‘deemed to be universities’
Set up for ‘final ascent’, aiming to expedite India-UK FTA in next few months: British envoy
MGL hikes gas prices again; CNG at Rs 89.50
Twitter fires majority of employees in India: All in engineering, sales, marketing & communications teams sacked
Powell’s three-pronged approach to assess Fed policy tightening
Twitter temporarily closes offices as layoffs begin
Manuj Khurana quits Tesla; joins electric scooter startup Ather Energy Pvt
Photos
Heart-wrenching! Here is a look at Morbi and the suspension bridge that collapsed
4 days agoOctober 31, 2022
In Pictures: PM Modi in Kargil to celebrate Diwali with soldiers, says, ‘All of you have been my family for years now’
2 weeks agoOctober 24, 2022
In Pictures: PM Modi inaugurates Deepotsav in Ayodhya; World record set by lighting of over 15 lakh diyas
2 weeks agoOctober 24, 2022
Read More
×
Money over mental health: Are we still prioritising our people?
Protecting competition in the digital space
Data Drive: IT hiring cools
Premium
Need that extra 1%
Troika at the helm of G-20
Does the UN think there are ‘good coups’ and ‘bad coups’?