The shadow on solar rooftop

The subsidy scheme for capacity addition has a faulty design, from tender requirements to the role of discoms 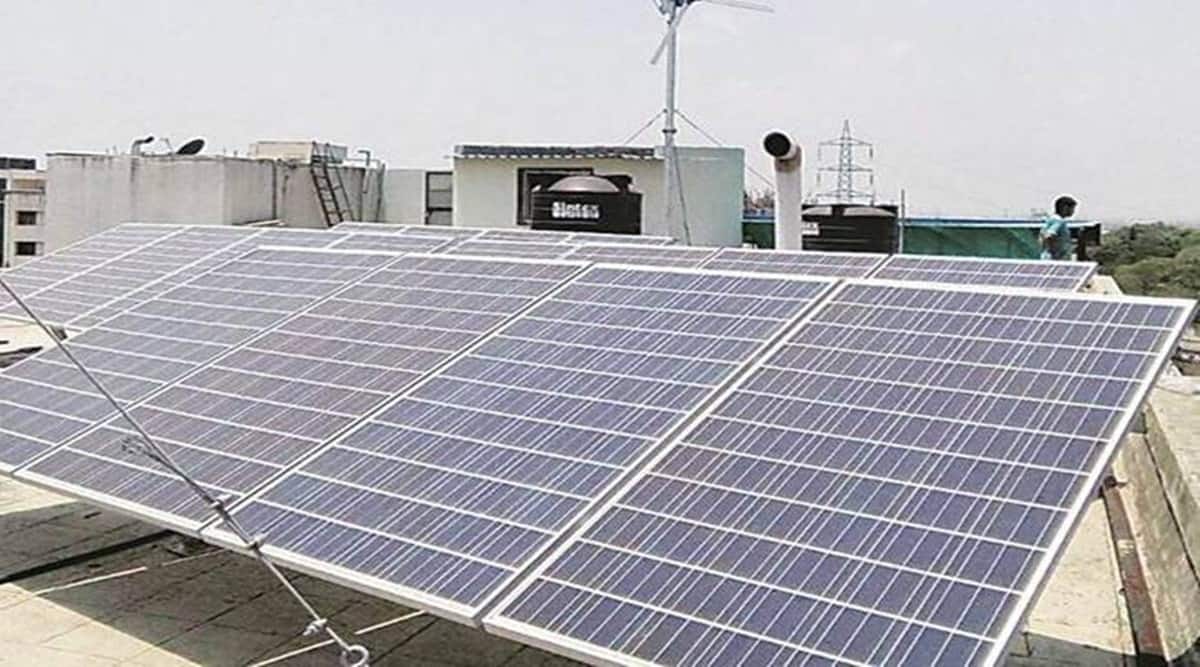 More countries have agreed to Net Zero around mid-century.

The Union government had announced the Phase II of its solar rooftop programme, setting an ambitious target of achieving 40,000 MW of installed capacity by 2022. However, as we stand at the doorstep of 2022, this target seems elusive. India’s installed solar rooftop capacity at present is only about 6,111 MW (or about 15% of the target). In a recent review by the ministry of new and renewable energy, most states have reported dismal solar rooftop numbers. Even urbanised, high-income Delhi, which had a rooftop solar subsidy allocation for a capacity of about 30 MW, has achieved only 20% of this. At the national level, MNRE allotted subsidy for capacity of about 3,000 MW solar rooftop to various states, but only 699 MW (or 23%) has been added so far. While much smaller countries like Vietnam have installed over 9,000 MW in a single year, India has now become a laggard globally.

Much of this can been attributed to a policy framework that is designed to impose unreasonable conditions on the solar installers. Under the current regime, each discom is responsible for solar rooftop installations in its own area, and tenders call for almost negligible qualification criteria. The lack of qualification criteria results in very aggressive bidding from players who don’t understand the costs involved, and this ends up vitiating the market thoroughly. Most experienced installers stay away given the unviable tender prices.

As part of the tendering framework, many discoms have created a plethora of bidding categories—between 1 KW and 10 KW. Some have even created separate bidding categories for solar on elevated structures. Bidders participating in this complex tendering would require some astute astrological skills if they are expected to predict their exact customer profile over the next 12-18 months.

The tender stipulates that residential solar plants should be cleaned and maintained by the solar installer for five years after commissioning, and further insists that insurance should also be obtained by the installer for five years. The installer is expected to maintain stringent plant performance ratios that are not possible to achieve in residential projects given urban dust levels. To tie all this in, the bidder is expected to give a stiff bank guarantee for five years which gets encashed if any of these above conditions are not fulfilled.

The biggest flaw in the Phase II subsidy scheme is that the prices of residential solar rooftop systems are being frozen upfront for anywhere between 12 and 18 months. Given that solar panel prices and other input costs are highly volatile, no one can take such a long forward call on prices. Hence, any pricing is merely guess-work. Further, residential solar rooftop systems are very specialised and quality-dependent, and many customers insist on their own customisations which come at an additional cost. A one-price-fits-all fails to capture the disparities existing within the market.

The overarching role given to the discom in the framework also needs to be thought over again, given that the discom is always conflicted when the question is of the role it should play since it loses revenue from solar rooftop. It is best to restrict the discom’s role, and ensure that the subsidy process becomes seamless with minimal touch-points.

At present, the subsidy is received by the installer, and the onus and risk of the subsidy lies with it. The subsidy can be up to 40% of the project cost, and is a significant burden that blocks the installer’s working capital. It would be more prudent to disburse the subsidy to the customer directly. Direct benefit transfer is being practiced for subsidy disbursement across other government schemes, then why should solar rooftop be any different?

The government’s insistence on micro-managing every installation may sound commendable, but it should not come at the cost of transferring even the minutest burden on to the installer. The solar rooftop market needs clear, transparent and simple framework, while also allowing reputed and trusted solar installers to grow.

In an ideal framework, net meters should be available off-the-shelf in the market, and the discom’s role should only be to inspect the plant and seal the meter. Subsidy should be claimed by the customer based on the latter’s application to the government. Subsidy should be available on-tap and at a fixed price per KW, irrespective of when the customer applies, and should not dependent on the life of a tender programme. Only by streamlining the programme can we hope to get anywhere close to our target of 40 GW in the next five years.

The author is CEO, Oakridge Energy

Next Story
Get messaging on raising marriage-age right