According to the Climate Transparency Report, India is the only country that was found to be ‘2oC compatible’. All eyes will now be at the revised Intended Nationally Determined Contributions of India which may be released just before COP26, to be held in Glasgow towards the end of this year 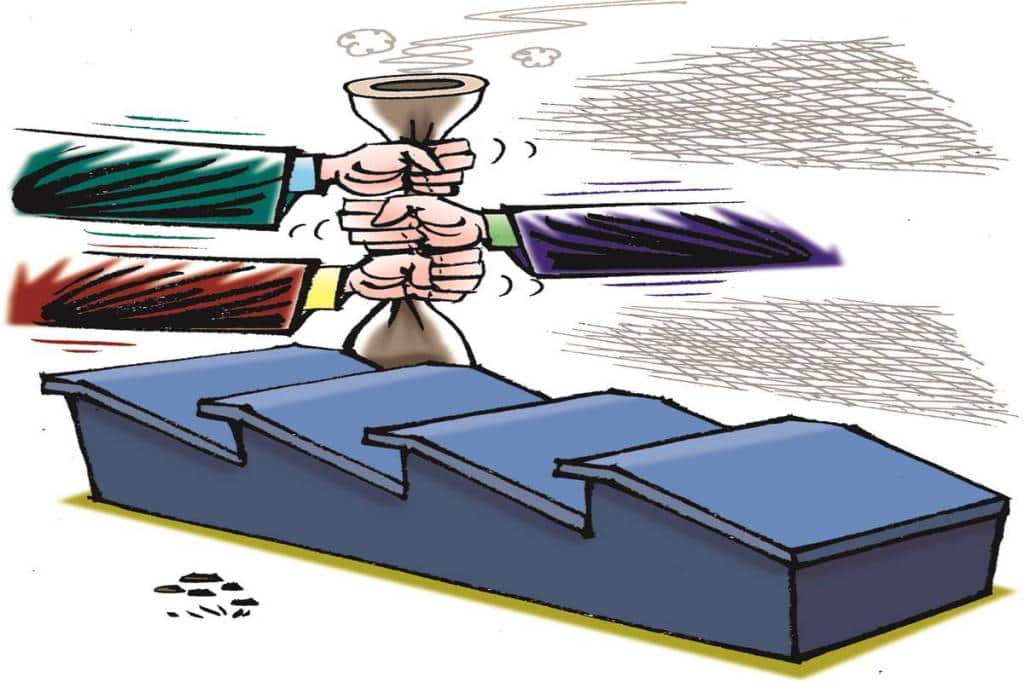 There are many countries, including India, who have not mentioned anything yet regarding revised INDCs.

By Somit Dasgupta
The current pandemic that has witnessed falling GDP all over the world in 2020 (with the exception of China) has had one positive effect, and that is falling carbon dioxide (CO2) emissions. The Climate Transparency Report (CTR) published in November 2020 stated that the GDP of G20 countries is projected to decrease by about 4% in 2020, which will lead to a decrease in energy-related CO2 emissions by about 7.5%.

A similar sentiment was expressed in the IEA’s World Economic Outlook (2020) which mentioned that CO2 emissions will fall by 7% in 2020. The fall in demand for fuels would, however, vary, being 8% for oil, 7% for coal and 3% for natural gas. Generation from renewable sources, on the contrary, will register an increase. The G20 countries, incidentally, account for about 85% of the world’s GDP and 80% of CO2 emissions and, therefore, any analyses made on the basis of G20 data is a good approximation of what is happening in the world.

The fall in CO2 emissions, of course, will be a temporary phase and seems to have bottomed-out already; in countries like China, these have already exceeded the pre-pandemic levels. According to the CTR, the fact that 30% of the stimulus given by various governments after the pandemic was concentrated in energy-intensive industries actually helped in a sharp increase in emissions.

In a longer time horizon, therefore, the world continues on its suicidal growth path, emitting about 36 Gt (2019) of CO2 every year only on account of fossil fuel burning. The recent announcement made by the impending administration in the US to re-join the Paris Agreement has, of course, rekindled some hope. Considering the fact that the US is the second largest emitter (5.4 Gt in 2018) and the largest in cumulative terms (about 400 Gt, being 25% of the world’s total), its exclusion from the Paris Agreement would mean a sure failure of the climate change movement.

There are studies which show that to limit our temperature rise to 1.5-degree Celsius by 2100 compared to pre-industrial times, we should have no more than 430 ppm of CO2 concentration, and the corresponding figure for a 2-degree Celsius rise is 450 ppm. Considering the fact that we are already at about 412 ppm in 2019 and adding about 2 ppm each year (based on a rise of about 0.6% per year during the last decade), one has only about 10-20 year window to stem the rot. These figures are, however, indicative since there are several estimates and there is wide divergence between them.

More than 100 countries have announced their intention to reach the net zero stage, to be attained by 2050. China has announced that it will be net zero by 2060. Bhutan and Surinam, incidentally, are two countries that are already net zero. Many cities and big corporations too have announced that they would turn net zero in the years to come. However, the Intended Nationally Determined Contributions (INDCs) submitted by the countries are not in sync with net zero status. Practically all of them will need to be revised.

The methodology followed for this categorisation is extremely complex and cannot be elaborated in this article. It is reported that 71 countries (including 27 countries of the EU) representing 28.3% of global emissions have submitted new or updated INDCs. In addition, there are about 82 countries representing 32.7% of global emissions who have stated their intention to enhance ambition or action (not submitted as yet) in new or updated INDCs.

There are many countries, including India, who have not mentioned anything yet regarding revised INDCs. According to the Paris Agreement, all countries are expected to revise their INDCs every five years, introducing stiffer targets progressively.

India’s INDC target had stated that its emissions intensity (i.e. CO2 emissions per unit of GDP) will be 33-35% lower in 2030 compared to the 2005 figure, and also that India’s power generating capacity (and not generation) from non-fossil sources will be 40% of the total capacity. India is well on its way to meet its INDC target since the second Biennial Update Report of 2018 (giving data till 2014) mentions that 21% reduction in emissions intensity has already been achieved over the period 2005-14 (as against a target of 33-35% reduction over the period 2005-30).

India’s renewable capacity addition has really picked up post-2015, so if one was to measure reduction in emissions intensity now, we would probably find a substantial reduction since the last assessment using data for 2014. On the generation capacity from non-fossil fuels, we have already reached a figure of about 38% and this is only going to get better over time. So the first impression one gets is, perhaps, the target was too soft and that we could have done better despite the fact that India is the only country which has been seen as ‘2oC compatible’. This is something we can keep in mind while fixing our revised targets in the next INDC which was due in 2020.

So what should be our revised INDC target? Obviously, it has to be stiffer than the current targets in accordance with the Paris Agreement, but it is not the intention of this article to quantify what the target should be. India will need to continue using emissions intensity as the chosen parameter (as against absolute reduction in emissions) since this would acknowledge the fact that given India’s level of development, absolute emissions will rise till we are at par with developed nations.

China, incidentally, is another country which used emissions intensity as the chosen parameter. Most of the other nations, including the EU, Australia, Russia and the US speak of absolute reduction in emissions. On the issue of laying a target for renewables, we need to change our approach and use ‘generation’ as the parameter instead of ‘capacity’.

So, all eyes are now for the revised INDC of India which may be released just before COP 26, to be held in Glasgow towards the end of this year.