The missing ‘large’ in MSMEs: A globally-competitive Indian mittelstand is the need of the hour

Asset-based classification—only recently relaxed—and a regulatory regime that disincentivises micro-units from scaling up have kept the MSME Sector primarily micro. 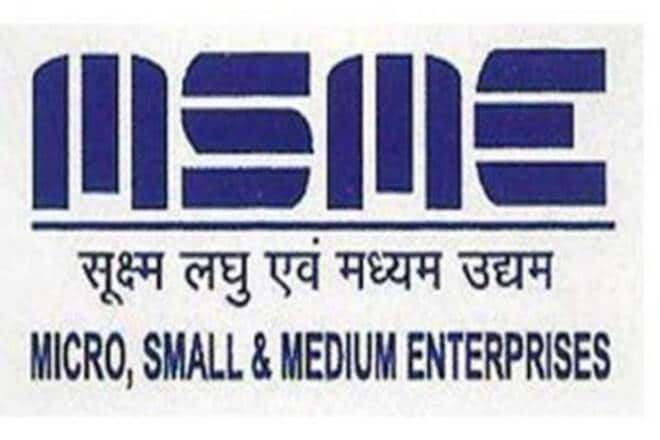 More than 50 per cent of the MSMEs surveyed embraced video conferencing tools.

Micro, Small and Medium Enterprises (MSMEs) have been the favourite ‘step-child’ of the makers of India’s industrial-policy, paradoxical as it may sound. Favourite because they find mention in every discussion on industry and coverage in every budget—they have even had their own ministry since 2007, to address specific needs of the segment. Step-child because it is a sector where we have failed to make bold policy-moves to make it more productive and competitive, despite it contributing 20% of the GDP and employing about 110 million workers. At the core of this lack of competitiveness is a structural issue—quite simply, our MSMEs are not becoming ‘larger’ and more dynamic, with 99% of the estimated 60 million being micro-enterprises with limited aspirations.

The ‘step-child’ status has finally begun to change under the present NDA government, with a minister and secretary that are both senior and heavyweight. The need for change was felt acutely as the human and economic costs to MSMEs from COVID-19 become clear. Recognising this, the government included MSMEs as the only industry group (till now) supported directly in the financial package announced to fight the crisis. While it is unfortunate that it took a pandemic to bring this kind of focused attention on the fragility of this sector, it is imperative that we not only keep this focus but also expand the agenda to address the structural challenge posed by 99% of the units being sub-scale, with low productivity.

Take, for instance, India’s largest textile cluster vs Bangladesh’s largest. More than 70% of the units in Tirupur are micro-enterprises with less than 10 employees while only 20% of the units in Narayanganj in Bangladesh have less than 10 employees, thereby making the cluster more competitive and helping Bangladesh’s exports grow faster than India’s (I must mention here that Bangladesh has other advantages also, but this structural difference is critical). A rough analysis suggests (it is difficult to be completely accurate as every country measures MSMEs differently) that India has perhaps the highest share of micro-enterprises among MSMEs compared to other large industrial economies.

Also Read
Once a PSU, always a PSU
Inside track by Coomi Kapoor
Post-subsidy path to agri export growth
Should India have top-up taxes?

While there is no robust data for India, productivity data from manufacturing MSMEs in OECD show that the productivity of medium firms (50-250 people) could be as much as 80-100% higher than that of micro firms (<9 employees). Growth in scale allows them to invest in people (to improve skills), in better technology & processes, and in innovation. The most-competitive of them grow from their small beginnings to become world-beaters. This push to grow and improve capabilities and productivity is central to dynamism of any country’s industrial structure.

This dynamism of micro-enterprises has been one of the less-reported policy levers behind China’s rise as an industrial powerhouse, with this being usually attributed to the success of large coastal SEZs with liberalised regulations, tax benefits and duty-free imports in attracting foreign capital and technology. A closer look at the history of China’s industrial growth shows that its rural industrialisation policy, launched in 1979, saw such micro-enterprises—called ‘town and village enterprises (TVEs)’—as important vehicles of the transformation of the rural hinterland into industrialised areas. China changed ownership laws to allow private investments in them, allowed and enabled them to access credit, encouraged them to hire local agricultural workforce who were supported by a massive increase in investments in vocational education to re-skill them. By 1995, these TVEs had grown in scale and competitiveness, and employed over 135 million people—thereby becoming a dynamic part of China’s industrial structure.

Why are 99% of India’s MSMEs micro-units, most being destined to remain so? To my mind, there are two parts to the answer to this, starting with our policy-legacy of highly restrictive asset-based definition (which has only recently been relaxed), coupled with a mindset, and concordantly, policies, to support the ‘small is beautiful’ narrative. Second, our overly complex regulatory regime doesn’t differentiate enterprises on their scale, other than the really tiny ones, in terms of compliance needs. For example, if a unit has more than six employees, the trade union law becomes applicable, allowing employees to unionise. If a unit has more than 10 employees, the Factories Act is applicable. Small enterprises thus face the same multitude of regulatory requirements as larger ones, and end up having compliance costs account for a higher percentage of revenue. For the tiny/micro units, there is simply no incentive to grow and enter the formal economy. It is too costly. No wonder, then, Tirupur’s textile units prefer to stay micro-enterprises.

Today, this structure has become a vicious cycle holding the sector back. As most MSMEs are micro with low assets, over 90% of them are outside the formal credit system, unable to access funds to improve capabilities and grow. Unable to invest and improve productivity, they remain uncompetitive, able to survive only by remaining outside the formal tax structure, perpetuating the cycle of being sub-scale, with poor productivity and low competitiveness.

To break this unfortunate cycle of low productivity, we need three policy interventions. The first intervention has to be to get most of the MSMEs into the formal credit system. To do this, we have to look at different approaches that can help banks and NBFCs move away from asset-backed lending, towards some form of cash-flow-based lending. For example, small retailers, most of whom are micro-units, are outside the formal credit system, unable to invest, modernise and grow, given they lack fixed ‘assets’. But, all of them are linked to, and sell, brands of well-known, large companies. Can banks and NBFCs work with these companies and use anonymised data on sales and credit-performance to develop credit-scores for lending to them? Similar innovative ways could help cover other micro-unit segments.

The second policy intervention, which has proven to be particularly difficult to design and implement, is to de-average and implement a simplified tax and regulatory regime for MSMEs, and reduce their cost of compliance. The third and final intervention, appropriate for the 21st-century digital era, is to develop a comprehensive ‘digital platform’ for the sector. This will call for a mandatory, unique identifier for all. The platform will have to be linked to different relevant databases to be able to provide services like digital lending, paperless filings for all regulations, micro-training modules for skill upgradation, micro-insurance products, e-commerce access, etc.

Given that this data would come from both the government (e.g. GST) and private players (e.g. discoms, if we want to have power consumption data as an element in developing the credit-rating), a comprehensive data protection and governance model will be needed to make this viable. Not easy, but the benefits certainly make it worth serious consideration.

A dynamic mittelstand—small and medium companies—is at the heart of Germany’s industrial competitiveness. As India launches the Atmanirbhar Bharat Abhiyan to reignite growth of the economy for a post-COVID world, building such a globally-competitive Indian mittelstand has to become one of the initiative’s core pillars. Only then can our industry improve and sustain its global competitiveness.