The low probability of startup success – and why you should still do it!

“Creative success lies in meeting unarticulated needs, which are generally at the edge of the system,” says Karan Bajaj, an author and technology entrepreneur. 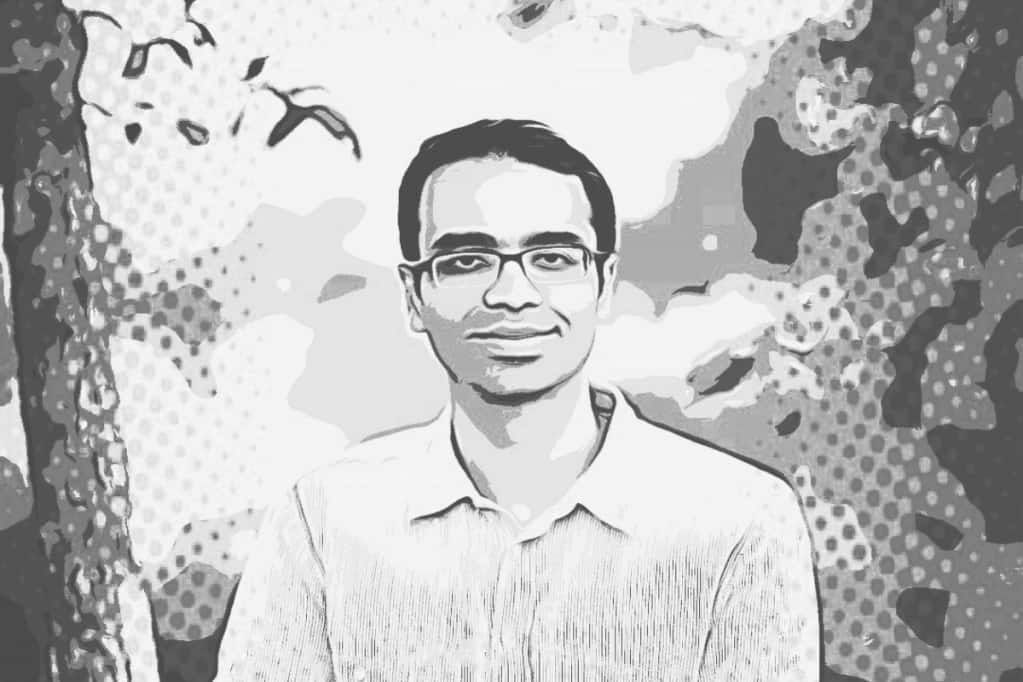 We were six months pregnant with our second daughter in 2015 when I left my job to write a novel. I knew the probability of succeeding as a full-time writer was abysmally low. We were in New York where rents are high and healthcare is expensive so I had the usual self doubts and fears. But this time, I was reasonably confident I’d made the right decision. As I was when I left Discovery to start WhiteHat Jr. In the past decade of making a few such moves, I’ve come up with a bit of a framework that I hope can be of use to folks contemplating plunging into areas where success is low, risk is high, but passion is at its complete peak! Here are a few simple principles that can guide your decision:

I’ve been fortunate to see three creation industries closely- writing, TV, and start-ups. In each of these, the statistics are similar. 90% of books fail, 90% of new TV channel launches lose money, 90% of startups shut down within a few years. The probability of success is <10%.

Also Read
A push to make Indian MNCs
Cleaner air under a cloud
Understanding the four Vs of operations management – volume, variety, variation and visibility

But the probability of dramatic growth and self-transformation is almost 100%.

And eventually, the world values that.

I had nothing to show professionally, for instance, for the eighteen months I spent writing my novel full-time in 2016. The book hadn’t done well. But almost immediately after, I was selected as Discovery’s India head since they wanted a business leader who had a history of creative risks. Similarly, I thought my year spent doing yoga full-time would set me back professionally but quickly found that I did much better at work than I’d ever done before thanks to the silence and rigor of the 5 am-10 pm daily yoga practice from the ashram I’d lived in.

Tremendous personal growth simply shows in your professional life and the world rewards that, even if not instantaneously. Hence, I was less nervous when I left to start WhiteHat Jr. I knew I would grow tremendously in learning to build a tech product, working on a mission that excited me, and that was enough in itself.

Are you undecided about taking a leap? Just ask yourself whether you will grow tremendously by diving in versus being where you are. If yes, don’t look back for a minute, it’ll eventually work out.

2. You have to pay the creative dues – take more chances to learn faster

My success rate would be 40% at best in the last decade of taking on significant creative projects.

It’d probably come down to 10% with the next few bets. Creative success lies in meeting unarticulated needs, which are generally at the edge of the system. The world hasn’t even identified the problem yet so chances of getting your proposed solution wrong are remarkably high.

You’ll have to take multiple chances before you get it right.

Or you may be fortunate as I was on the very first try but you pay the dues the next time over.

As an exact corollary, the more chances you take, the more your probability of transformative success, since you keep growing and learning tremendously with each shot and take a better chance next time over. I learnt to be very hands-on with product, for instance, post my unsuccessful experience with a television channel launch, which helped tremendously in the early days of the startup.

Ultimately, you have to pay the dues, be it in the first experience or the 5th, so don’t let the fear of failure daunt you from taking a shot. Failures are discrete but learnings are cumulative.

3. Don’t be discouraged by public opinion, instead just focus on your input

My publishers were convinced that Johnny Gone Down, my 2nd novel, would be a breakout success. It didn’t work. On the contrary, I shared the original WhiteHat Jr concept with many CEOs who were my colleagues. The most seasoned of industry leaders thought it was too niche an idea and I shouldn’t leave my job for it.

No one can truly predict the output of a zero-to-one idea. And even extreme hard work, which is a given, has little to do with success. My first novel was written over six months of part-time effort and was a bestseller; the third one took almost five years of concentrated effort and didn’t work.

All you control is your input. The output in a major creative project is unpredictable. No expert, no financial model, no popular opinion can ever predict it for you. The only gift you owe life is that of giving your complete energy daily to the input. Eventually, the input transforms you, and over time, leads to a transformative output!

Mid-Career Executives: Should you quit your corporate job to StartUp?

4. Quantify your risk appetite with the mathematical $20,000 rule

Here’s a rule of thumb I’ve found useful each time I took a plunge, especially the last couple of times with the financial responsibility of my daughters and elderly parents:

You can calculate your exact runway for risk reasonably accurately with this rule. If you have enough liquid savings to cover X months of monthly expenses + Y number of months unemployed above while finding a new job, you’re good to build something full-on for (X+Y) months.

I knew, for instance, I had two years to devote full-time to writing, based on my savings and my calculation on how much time it would take to find a job. This helped me go all in to become a full-time writer right in the middle of my career–and pivot at the right time when it didn’t work.

Without a framework, people are more risk-averse than they need to be, leaving a shadow of the life they’re capable of living. Every exceptional growth event will have a corresponding risk, quantifying your risk appetite will help you weather the ups and downs of the growth journey without constantly counting your losses.

I hope this gives a guiding framework to decide whether to go all in to pursue your dream. Ultimately though, discard all advice in favor of your own instinct. Startups, like all creative projects, lie at the boundaries of all established systems, the best among us answer a calling higher than ourselves to bring them to the mainstream without many frameworks and models!

(Karan Bajaj is an author and technology entrepreneur, and also founder and CEO of WhiteHatJr. The views expressed are personal and not necessarily that of Financial Express Online)