The long and short of it

Should you carry a long-iron, or a utility wood? 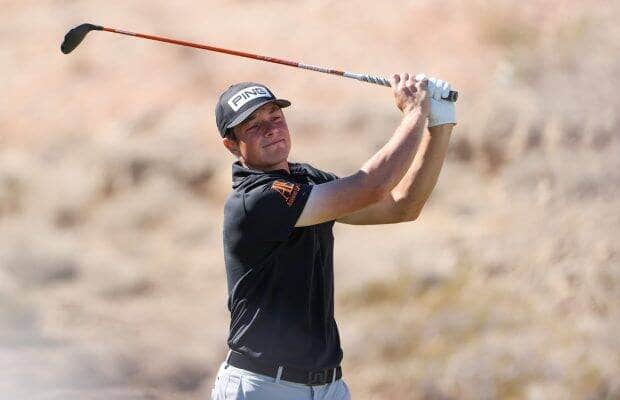 That made the news last week when Viktor Hovland used the club to great effect at the Hero World Challenge.

I admit. There is a certain snob value to carrying, and — presumably, if you do have one in the bag — hitting a long iron. I’ve carried various iterations of a 2-iron over the years: leaning on it to keep the ball down in high winds, or to prioritise accuracy over length. In my case, the rationale for carrying long irons rests on the fact that I like hitting irons, and can do so with reasonable consistency. And in the context of not possessing any such ability with my woods, it’s a no-brainer.

There is way too much disinformation about long irons embedded in popular imagination; the biggest one being that they’re hard to hit. The trick is to hit a long iron as you would, a wedge — you’ll be shocked by how easy it is when you’re not trying to put a driver swing on a 3-iron. Over the years, I’ve also stumbled on some interesting combinations. For example, once I got past the incredulousness of using a club from a ladies set, the Lynx 3-iron has never left my bag. The trick, besides the cavernous cavity, is the length, which is somewhat equivalent to my regular five iron. There is no understating how much easier it becomes to hit a shorter club, degrees of loft notwithstanding. Consider that the next time you see Bryson DeChambeau pulverising the golf ball: all his clubs are a standard seven-iron length. But even if that’s too radical a play for you, choking down on a long club is the easiest way of ensuring great contact.

Back in the day when we played with persimmon woods, the 2-, 4- and 7-woods were quite popular. The 2-wood has nearly disappeared, even though some players including the likes of Phil Mickelson put it’s modern avatar, the ‘mini driver’ in their bag from time to time. The smaller head and minimal distance loss makes it a much easier club for them to manipulate ball flight with. After struggling for years to curb the tendency to go ape on the ball with the driver, I’ve dispensed with that club entirely, using, instead, a ‘strong’ 13-degree 3-wood instead. But a utility wood? No sir, I may not be a single handicapper, but getting the ball into the air is no problem. It turns out that scorn is entirely misplaced. You see, professional golfers suffer from no ego-based club selections. And while all of them can flush pretty much any club they pick up, there has been an interesting trend amongst the best players in the world — the rising prevalence of the 7-wood.

That made the news last week when Viktor Hovland used the club to great effect at the Hero World Challenge. Hovland, who won the event, spoke at length about the rationale of throwing his trusty Ping i210 3-iron out, and putting in a Ping G425 Max 7-wood with a Graphite Design Tour AD DI 8 X shaft in its stead. The reason, he explained, was that the latter gave him the same distance as his 3-iron (240 yards no less) but with a much higher trajectory. Hovland has always been, much to the delight of golf snobs, an iron player. Over the last few seasons he’s changed from a 21-degree Callaway X-Forged UT iron to a Titleist T200 3-iron and finally a Ping i210 3-iron but he’s never taken the long iron out of his bag. Apparently, according to a report on PGATour.com, the watershed moment came when Hovland tried out fellow TOUR player Lanto Griffin’s 7-wood at the range at the Shriners Children’s Open in October. Interestingly the Ping 7-wood he uses is ‘stronger’ than usual (20-20.5 degrees) and a wee bit shorter for added control. Hovland started his campaign at the Hero World Challenge with the three-iron but promptly switched it out with the 7-wood once the wind died down on the weekend. His strategy now is to use the iron in windy conditions or when he’s playing shorter or tighter courses and the wood when he needs high soft shots for a similar yardage (anything between 240 yards to 260 yards). Food for thought folks.

Hovland heroics aside, the tournament saw a rare meltdown by one of the most consistent players on the planet — Collin Morikawa. The 24-year-old who started the final day with a five-stroke lead lost the plot — shooting a five-over — on the front nine. I would highly recommend watching the highlight reel just to see that even a player of Morikawa’s calibre is not exempt from the vagaries of the game. The duck hooks he hit with his fairway woods would find equals in all our games. You can’t blame Morikawa for being distracted though; the youngster proposed to long-time girlfriend Katharine Zhu a few days before the event (she accepted!). Winning the Hero World Challenge would have made Morikawa the top-ranked player in the world. But, going by the picture he posted on Instagram, with Zhu, the Open Champion certainly looked like the happiest player on the planet. As Major wins go, he’d probably rate the one with Zhu the biggest one yet!

But the real newsmaker at the Hero World Challenge was a player who didn’t even participate — the host, Tiger Woods. Woods was seen striping fairway woods at the range and has since confirmed that he will be teaming up with son Charlie, to play the PNC Championship, where the duo finished in the Top-10 last year. For a year this blighted, 2021 seems to be finally putting out the good vibes as it comes to a close. The air has cleared up in the Capital, and it’s the peak of golfing season. That rare time of the year when you can walk off a course smiling, even when the wheels come off your game.