The elephant in the room

Thanks to the inclusion of Indian bonds in the global indices, the rupee could reign at 73-73 to the dollar even when the Fed tightens 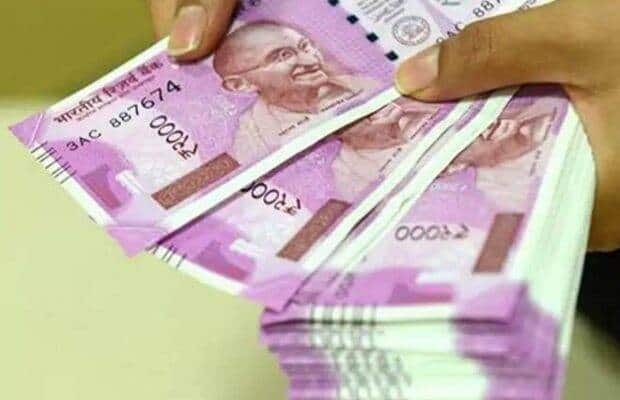 Range forwards may work for longer term exposures, providing both some protection and some upside with limited accounting impact.

With the rupee having fallen through a strong support level, the domestic press and several analysts appear to have woken up to the fact that the US Fed is on track to tighten monetary policy, and have concluded that this would result in money flowing out of India and a weaker rupee. Indeed, some of the hoarier forecasts of 78 and 80 are back in vogue.

While, of course, these levels could be reached—the fundamental essence of any market is that anything can happen—to my mind, these are lazy arguments. The reality is that equity flows, which are less affected by the global cost of funds than debt flows, have always been a much larger determinant of rupee strength/weakness. Significantly, equity flows have been strongly negative since the end of September (nearly $5 billion), which was when the Sensex hit 60,000 for the first time. Since then, the rupee has weakened by 2.5%, and the Sensex has fallen by a bit more than 2% while the Dow has risen by 2.5%. It would seem that those outflows were driven more by a sense of overvaluation of Indian equities than the fear of a possible rise in US interest rates, which would have affected the Dow at least as much. This is confirmed by the fact that the correlation between the Sensex and the Dow, which was near 95% over the past two years, has been a low 30% since then.

Since September end, debt flows, which would theoretically be much more negatively affected by rising US rates, have actually risen by $384 million—indeed, in the six months since July, debt flows have been hugely positive at $3 billion. Of course, all of these inflows (total of $3.3 bilion) came during August and September starting a little before RBI announced a well-defined plan to enable Indian bonds to be included in global bond indices; for the rest of the year (since January) debt flows have been negative every month, suggesting that international debt investors have long found Indian yields too low and/or the rupee too strong.

While RBI is still pussyfooting around, it seems certain that sooner or later they will have to raise interest rates; chances are that the Fed will also act, so the interest rate differential is unlikely to move materially in favour of the rupee, so the steady drip drip drip of debt outflows will continue. Even if the rupee were to fall sharply, it is unlikely that the arithmetic would be sufficient to inspire major inflows. Further, with inflation a real threat and state assembly elections coming up, it is near certain that RBI will want to avoid the risk of importing more inflation, particularly with imports growing strongly.

This should prevent any substantive rupee weakness; exports, too, are growing well, indicating that from a competitiveness standpoint, the rupee is in more or less the right range.

Of course, a dramatic collapse in US equities would trigger a parallel reaction here, which could drive the rupee lower. As of right now, however, the market appears to be giving the Fed plenty of room—the Dow fell sharply last month when it looked like the Fed was being overly sanguine about inflation, but it has recovered smartly and is back within spitting distance of its all-time high. My sense is that at some point the cat and mouse game will heat up again—the market will tank and the Fed will be compelled to act forcefully, which, in the best case, will bring some calm.

This would obviously generate another bout of volatility of the rupee and a new all-time low cannot be ruled out—the last one was 76.75. However, we must not forget the elephant in the room—inclusion of Indian bonds in the global bond indices. Various estimates have suggested that $15-20 billion could pour in during the first year of inclusion itself. This would certainly dwarf any outflows—debt or equity—and bring the rupee charging back higher, at which point 74, or even 73, could quickly return. Indeed, if US equity markets are settled by then, even 69-70 could come into sight.

Increased volatility seems very likely and traders, if they haven’t already done so, should buy options. For companies who are simply looking to manage risk in the market, options are seldom a good choice—they are generally mispriced higher, there are bank margins to consider and buying options requires active management to determine when/whether to cancel and buy/sell forward. Range forwards may work for longer term exposures, providing both some protection and some upside with limited accounting impact.

We prefer a structural stop loss (or trailing stop loss) driven hedging program that reduces the need for wasting time thinking about the market—even though it is fun—and ensures very tight risk control and reasonable upside capture.