Telecom sector troubles: Starting with WhatsApp, Viber and now Reliance Jio, here is how incumbents are dealing with attacks on revenues

The call to institute a floor price for data services in telecom reflects a growing aggravation on part of the incumbent telecom operators on dealing with simultaneous and sudden attacks on their revenues streams. 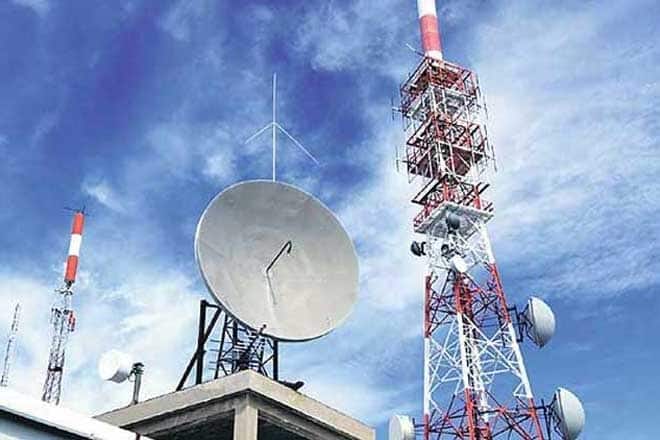 It started in 2013, with ‘unlicensed’ services like WhatsApp and Viber eating into SMS and voice revenues, affecting balance-sheets already suffering from high leverage due to spectrum auctions.

History repeats itself because no one was listening the first time. —Anonymous

The call to institute a floor price for data services in telecom reflects a growing aggravation on part of the incumbent telecom operators on dealing with simultaneous and sudden attacks on their revenues streams. It started in 2013, with ‘unlicensed’ services like WhatsApp and Viber eating into SMS and voice revenues, affecting balance-sheets already suffering from high leverage due to spectrum auctions. The incumbents allege that spectrum auctions have been designed to result in high acquisition costs. In the aftermath, incumbent telecom forms lobbied the governance institutions, DoT and Trai, for relief —in the form of lower licence fees and regulatory burden, on the one hand, and the institution of a regulatory regime for content providers that rode on telecom networks for their market but were out of the purview of licensing, on the other. They argued persuasively and, on occasions, justifiably that unlicensed and innovative content providers exploited infrastructure set up by them over several years of massive investments, braving competition and regulatory barriers. It wasn’t easy to get where they were. And having gotten there, ‘unfair’ competition was eroding their ability to provide quality and quantity to the Indian public. The regulators listened, the rhetoric grew shrill at times but relief was not forthcoming either in the form of regulatory burden being lowered significantly or the content provider’s costs of doing business being raised. The discussion on ‘net neutrality’ continues unabated in its ability to polarise.

No sooner had the incumbents established peace with the new reality, another disruption, arguably more ruinous than the first, struck—RJio’s offers of extremely aggressive voice- and data-plans. There are some peculiarities with Jio’s entry—one, the broader perception is that it is not the classic new entrant in the telecom space, and two, while it has a very small presence in the relevant market, it is hardly accurate to perceive it to be at the mercy of the incumbents and at favour of the regulator. Competition law, however, takes a narrow view in the matter of abuse of dominance, maintaining that predatory conduct can only follow from market dominance. The Competition Commission of India (CCI) has dismissed allegations of predatory pricing against Jio since it holds approximately 9.29% of the subscriber market-share as of March 2017, which is far from dominant.

The recent developments have provided impetus to consolidation, reflecting increasing competitive pressure on incumbents. Even as we were writing this, reports were coming in that Airtel may acquire Tata Teleservices. After all the jostling for space and fight for market-share, a new steady state will emerge. From the perspective of markets and competition, it is important that the financial health of the sector is preserved in the long-term interest of all stakeholders. Competition will always weed out the stragglers. But. it can be nobody’s case that ‘good’/strong firms are driven out of the market.

The sector has been instrumental in delivering massive social and economic impacts, and its survival is key to India’s economic interests and several initiatives around Digital India. Not just subsistence, but existence of strong players that can invest in technology, ultimately conferring benefits to users, companies and consumers. Thus, healthy finances are not only desirable for the sector, but for creating a robust platform for Digital India. Based on current data, the industry, however, seems to be in financial trouble. The change in revenue, profit, debt and interest coverage ratio over the last financial year for top three operators show a discernible decline. For the first time in many years, annual revenue of Indian telecom firms declined to Rs 1.88 trillion in FY17 (from Rs 1.93 trillion the previous year). Telecom industry’s debt to the banking sector is estimated at Rs 4.6 trillion. With a total industry ebitda of Rs 650 billion, the debt level seems unsustainable. So, where do we go from here? The dramatic entry of Jio has sent data prices crashing and inevitably set off a price war. The accompanying graphic contrasts the trajectories of voice and data prices in India, respectively, albeit over different time periods. The data show that the price for voice collapsed beginning 2003 with the introduction of calling party pays (CPP) and has stayed impossibly low since. Incumbents then were able to benefit from the cushion of a ‘high’ voice tariff for several years before regulatory intervention and competition (once again, from a Reliance stable) destroyed the equilibrium and sent voice tariffs crashing. Perhaps data prices would have also followed a similar path, but for the abrupt data price war initiated by Jio. Between March 2016 and December 2016, there was a remarkable jump of close to five times in data usage, from 147.12 MB per subscriber per month in March 2016 to 878.63 MB per subscriber per month in December 2016. The corresponding price decline measured in rupees per MB was 83.58%, reflecting a very high price elasticity of around 6.

The paramount question is what, if anything, can the regulator do? Is prescribing a price floor the answer? Setting a price floor is not a novel idea. Recent examples of countries introducing price floors in their telecom markets are Sri Lanka and Zimbabwe. In 2016, Sri Lanka enforced a common minimum retail voice call rate for on-net and off-net domestic voice calls. Earlier this year, Zimbabwe’s telecom regulator, the Postal and Telecommunications Regulatory Authority of Zimbabwe, set a price floor for traditional voice services at 12 cents per minute and that for data at 2 cents per megabyte. In both countries, the measures were driven by price-war situations which led to declining revenues. In both, there has been extensive criticism and the sector’s health has not improved.

A price floor will be a blunt instrument for India. Apart from it being awfully hard to arrive at a cost-based estimate of a floor-price in a converged service environment, the ability to monitor and enforce it will itself pose several institutional challenges. Add to that the negative perception of it being anti-consumer regardless of the possibility that it will strengthen the sector in the long run. Consumers have benefitted immensely from competition and the attendant decline in prices of voice and data services. A return to ex-ante tariff regulation from regulatory forbearance could create a pro-business perception among consumers of Trai. So, are things likely to get worse before they become better? Not really, but it requires the regulator to take a holistic view of the sectors economic contribution, regulatory costs and technological changes and thereafter summon non-intrusive policy instruments in an already competitive and dynamic sector. In 1999, the government, on a collective plea by private sector mobile operators, agreed to reduce their licence fee burden that threatened business continuity. The sector successfully migrated to the revenue-share licence fee regime that continues today. The situation now is arguably worse than it was then. And a price floor is unlikely to restore the sector’s financial health. Is it time to think out of the box again?