Telecom in the times of Covid-19

The telecom sector is reeling under the network strain from increased data traffic. aiding it requires the structural change of getting rid of licence fee based on AGR. 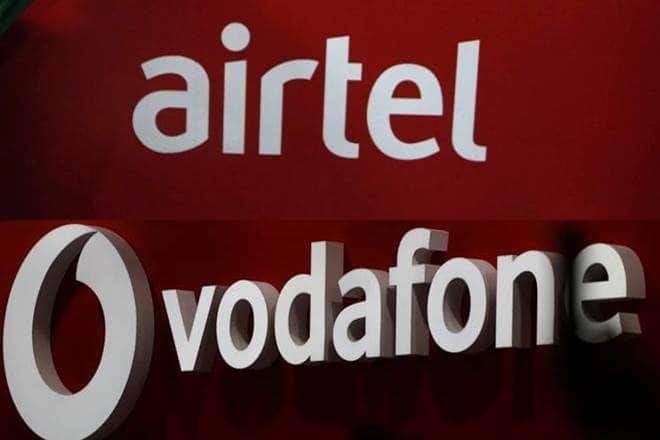 Sir Humphrey: Taxation isn’t about what you need.
PM Jim Hacker: What is it about?
Sir Humphrey: Prime Minister, the Treasury does not work out what they need
Hacker: What do they do?
Sir Humphrey: They pitch for as much as they think they can get away with and then think how to spend it. If you start giving money back because you don’t need it, you’re breaking with centuries of tradition. — Yes, Prime Minister (The Smoke Screen)

Also Read
Enabling young India to realise its dreams and reshape the future
Realty bytes
Why management is both art and science
Data Drive: Rocky ride for NBFCs

This iconic exchange between prime minister Jim Hacker and cabinet secretary Sir Humphrey in the perennially relevant political satire Yes, Prime Minister compellingly captures what most, if not all, governments do in the realm of taxation. Regardless of their identity, one might add. Not only are they loath to give money back to companies or citizens, they try and pitch for as much as possible, and sometimes unjustifiably so. Nowhere does this maxim apply more poignantly than in India’s telecom sector. The Indian telecom sector must surely be a foremost claimant to the oft-heard lament that the government’s inability to expand the tax base, and the political aversion to tax agriculture crorepatis, leads to increasing burden of tax and cesses on a narrow base. The goose that laid golden eggs is in danger of being slit open. Covid-19 is making matters worse.

Lest we be misinterpreted, or misunderstood—or both—a clarification is in order. Private telecom players have not exactly crowned themselves with glory to deserve concessions, nor has the government done enough to exonerate itself from the telecom mess. If a truly independent inquiry were to be held to apportion blame, it would probably end up even-steven, private sector greed matched by government inertia at best, and complicity at worst. But, as someone perceptibly remarked, jo hua so hua (let bygones be bygones), it is time to move on. Covid-19 provides an unprecedented opportunity, however dark that might sound.

A watershed moment in Indian telecom was the tax demand of almost Rs 11,000 crore from Vodafone in 2007, for the purchase of shares of Hutchison Essar from the parent company Hutch. Since the transaction of shares happened abroad, the Supreme Court (SC) rightly maintained that the tax department did not have the right to tax the deal, even if the assets were located in India. The government then did the improbable in 2012 by retrospectively amending the Income Tax Act to allow for taxation of income when a transaction between two non-resident entities results in transfer of assets located in India. The amendment went against the very grain of a predictable, certain, and stable tax system, and caused substantial damage to India’s reputation. Subsequently, the government avowed not to effect any retrospective amendments, especially to the disadvantage of entities involved. But, the damage had been done.

Circa 2012, another major development occurred in the sector. As part of its inquiry into irregularities in the 2008 assignment of second-generation (2G) telecom licences, the SC annulled 122 licences and, in a far reaching pronouncement, mandated that all natural resources, including telecom spectrum, henceforth be assigned only via auction. This judgment was preceded by a startling allegation by the Comptroller and Auditor General (CAG) that the flawed assignment had caused a loss of Rs 1.76 lakh crore to the exchequer. The fiction of the loss of Rs 1.76 lakh crore, and mandatory auctions have profoundly debilitated the sector. Once thought to be the guardian of the Indian economy, the judiciary might have become a liability, at least for telecom.

The first comprehensive auction of 3G spectrum in 2010 resulted in revenue that even the most optimistic auctioneer could not have imagined. The government mopped up Rs 1.06 lakh crore, and this whetted its appetite for future auctions. Spectrum began to be treated as a golden goose, and auctions the route for income, without carefully drawing the link between the underlying services for which spectrum was sought. Auctions necessitate a reserve price, and this has often been inexplicably high, even though substantial spectrum went unsold over the years. The loss to the exchequer due to high reserve price has not yet been estimated, and we suspect that it will not permeate the social consciousness as much as the fiction of the Rs 1.76 lakh crore-loss has. The latter has chilled the establishment into setting impossibly high reserve prices.

What does the foregoing mean for the current storm in the sector, regarding the definition of adjusted gross revenue (AGR) and payment of unmet licence fee, penalty, and interest amounting to Rs 1.47 lakh crore by licensed service providers since 2003 (bit.ly/2RFteGf). There are so many paradoxes in this entire saga that it boggles the mind. For example, why did the department of telecommunications (DoT) appeal the telecom tribunals (TDSAT) judgment delivered in 2015 that only direct telecom revenues should be part of AGR necessary to calculate licence fee liability? Why did the SC insist that payment be made forthwith, and include penalty and interest, when the matter has been subjudice since 2003.

DoT is trying to determine payment terms that will avoid contempt of the Supreme Court and also save the sector from a virtual monopoly. This route is a non-starter. How can Vodafone be expected to pay Rs 50,000 odd crore over the next 20 years on an annual revenue base of approximately Rs 38,000 crore, and non-existent profits? Which bank, or consortium will lend that sort of money? Ditto for Airtel. Covid-19 will add further woes. More on this ahead. The Humphrey doctrine is beginning to disintegrate for telecom. Saving the sector from a future monopoly will imply structural change. And, we can think of one—get rid of the licence fee based on AGR, and do it retrospectively from the time auctions were introduced in 2010.

The idea of licence fee based on AGR is an artefact of the era when there were no spectrum auctions. Having introduced spectrum auctions, the government could forsake other forms of licence fee from operators that bid for spectrum. In one stroke, the government would rid itself of the enormous administrative burden of determining AGR by operator, and save hundreds, if not thousands, of hours of unproductive work that goes into such calculations—not to mention the litigation. A nominal administrative fee could be charged to administer licences.

The abrogation of AGR could be treated as part of the stimulus package necessitated by the Covid-19 pandemic, and the accompanying lockdown. Networks are designed for peak traffic, but when that peak stretches throughout the day, as it does now because people are home, telecom networks are pushed to the brink.

By one estimate, cumulative daily traffic has surged from 250 petabytes in December 2019 to 360-380 petabytes now, taking a toll on the already-suspect service quality. Given the reports of network quality deteriorating by almost 20%, the need of the hour is to augment network capacity.

These investments are impossible considering the sector’s current financial health. No doubt, the pandemic will end, but not the demand to augment and improve network capacity, as the relentless march away from voice and towards data traffic intensifies. Naturally, there will be difficulties. Naysayers would argue that operators knew of the revenue share regime based on AGR and accordingly moderated bids for spectrum. That is no doubt true, and it will need political will to confer benefit to operators. But, we reckon it will be no more difficult than introducing retrospective legislation to extract income tax. It may be the right time to return the favour, and make a virtue out of necessity. Humphrey ought to be laid to rest!