Taxpayer Charter: A roadmap for mutual trust and respect

To best implement the Charter’s vision, the TAXman will need to presume the taxpayer is honest & be ready to assist her, while compliance costs must be lowered 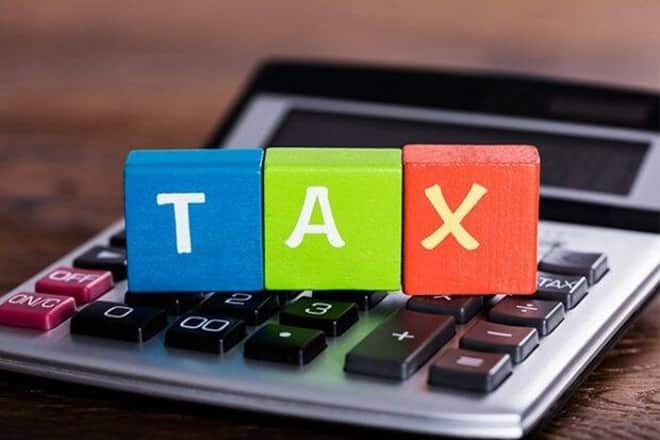 Individual income-tax compliances in India broadly entail obligations to be met by self and interactions with the Indian tax authorities.

Last week, the PM unveiled the Taxpayers Charter, a two-way document containing 14-point obligations of the revenue and 6-point duties of the taxpayer. While the analysis of each is yet to be translated into actionable goals, the announcement is an outcome of the amendment in the Finance Act of 2020. The building blocks for a statutory adoption of the taxpayer charter is predicated on nation-building through progressive tax policy and honouring the honest taxpayers.

The institutional framework for the protection of taxpayer rights can be traced to the 1998 Citizen’s Charter, a first step towards the implementation of Sevottam (Service excellence—a combination of two Hindi words: seva and uttam). With continuous improvements, the charter was revised multiple times. The Kelkar Task Force in 2002 suggested methods to instil accountability in the functioning of the tax department, via an ombudsman reporting to Parliament. However, the Ombudsman framework introduced by way of administrative guidance with no statutory basis proved to be an ineffective body. The 2014 Tax Administration Reform Commission emphasised the need to revisit the citizen’s charter with a focus on taxpayers’ concerns, needs and priorities. India’s efforts, thus far, compared to jurisdictions which have adopted such taxpayer services, lies in the distinction between a service charter, which outlines the level of services that taxpayers may expect from a charter or Bill of rights, being envisioned in 2020.

Also Read
Why management is both art and science
Inside track by Coomi Kapoor
Understanding the four Vs of operations management – volume, variety, variation and visibility
Governing MIIs

The adoption of the charter is expected to signify a minimum standard of protection outlining the taxpayers’ rights and obligations. Non-statute driven citizens’ charter, with a remote degree of accountability on service standards, has proven to be ineffective in practice, besides leading to the taxpayers’ woes. Though tax administrative reforms and the intensive use of technology in the past few years have come a long way in improving the taxpayers’ experience, India’s tax policy enforcement stands at a distance from global standards. India has done well on tax return filing requirements, automation of withholding tax, and regular assessments/issuance of refunds, but it has a lot to work upon with regards to privacy and confidentiality, non-coercive measures for tax collection, cross-border procedures, administrative procedures and guidance, etc. That situation is now expected to change with the implementation of the new charter.

The new outlook will necessitate convention, attitudinal and organisational/structural change, including allocation of larger resources to taxpayer service than enforcement. Other jurisdictions with such a charter have stressed upon the relevant constitutional framework, separation of the office responsible for charter implementation, obligation to scrutinise its functioning, grievance redressal, intervention, etc. India will have to adopt a structured approach for such changes in the design and implementation stage. Global practices on implementation are varied, though in general, such charter and Bill of rights documents contain path-breaking standards including constitutional limits on retrospective tax legislation (a constraint for India), public consultation and engagement in shaping of tax policy and law (a practice India follows, though not consistently), binding rulings that restrict revenue from appealing advance rulings and non-binding administrative guidance.

India’s charter needs to be marked by:

1. Presumption of honesty: The PM made a clarion call to treat every taxpayer as honest unless there is reason to believe otherwise. Starting from an independent accountant’s/auditor’s report for complying with filing requirements, on a plethora of issues, the taxpayer and/or their accountant signs a ‘verification’ declaring that the information is correct to the best of their knowledge. With faceless assessments, the taxpayer may make submissions on an affidavit to reaffirm, particularly, since the charter specifically expects taxpayers to disclose full information and fulfil its compliance obligations honestly. With faceless assessments, maxims such as ne bis in idem (prohibition on double jeopardy), audi alteram partem (right to be heard before an order is issued) and nemo tenetur se deterge (principle against self-incrimination) should be enshrined in the charter.

2. Reduction of the cost of compliance: With the advent of AI and MoUs between the ministry of finance and other regulatory agencies, Revenue is enriched with an abundance of data, which can be used for pre-filled returns, obviating the need for CAs, etc. Such pre-filled data should capture capital gains and sources of income where tax has been withheld. This will also test the efficacy of sources and avenues of government AI to track data emphasising its relevance to taxpayers.

With faceless assessment and appeals, a centralised procedure for group entities/families including trusts will reduce taxpayers’ dependence on multiple advisors and enhance Revenue’s attempt for application of such data, thereby, lending credibility to the faceless assessment/appeals process and reducing the cost of compliance. Start with revisiting a large taxpayer unit, and later extend it to SMEs.

3. Assistance to taxpayer: Every taxpayer should be entitled to timely online assistance, mandatorily provided via service directorates in every regional directorate of taxes. The focus should be individual taxpayers, firms, small and micro enterprises, who face difficulties in meeting compliance obligations, including senior citizens, those with disabilities and those located in remote areas. There should be non-binding administrative guidance for all businesses where the administration is seen as correctly applying the law and the taxpayer can bona fide rely on such guidance.

4. Redressal of grievances: This is key to the success of any charter. When a taxpayer raises a grievance, the charter cell should ensure that it immediately acts on it. A general obligation to scrutinise and intervene in appropriate cases should form the backbone. This is where the independence of the body comes into play.

The experience of retired CBDT members could be sought to disprove any form of biased approach. Officials, if found guilty, should be mandated to comply with an award of token compensation along with an apology to the taxpayer, as done in Australia. The cell should report its findings to the revenue secretary and the CBDT chairman for a 360-degree evaluation of the tax official.

5. Enforcing tax collection due as per the law: Revenue’s approach of multiplying litigation by making high-pitched assessments and seeking to recover tax demands coercively has come under criticism. In several instances, such assessments have not withstood the scrutiny of a higher appellate forum. Despite statistics, officials continue to raise heavy demands, initiating coercive measures by issuing garnishee orders, including attaching bank accounts. Such a practice should be exercised in exceptional situations.

6. Confidentiality and privacy: Provide a specific legal guarantee for confidentiality. Breach or leaks to the media should be thoroughly investigated, making it an offence. Rules governing tax inspections, particularly on surveys and search operations, should be aimed at protecting citizens’ right to privacy. If ‘naming and shaming’ is employed, adequate safeguards such as judicial authorisations should be resorted to, and officials in charge of investigations should be held accountable for willful/negligent breaches.

7. Mechanism for accountability: To ensure accountability, the charter should provide for an annual report that assesses the performance of Revenue and charter cells along with a list of actions. Periodic surveys to seek feedback, including taxpayer’s experiences and suggestions to enhance accountability and augment compliance, should be a norm.

The 2020 Charter is an opportunity to build trust between the taxpayer and the Revenue. It certainly has the potential to offer practical protection for taxpayers in ensuring that the tax law is predictable, necessary and that its workability does not impose an undue burden; it is integral to nation-building while being a deterrent for errant taxpayers. The obligations of the tax administration on enforcing the law, and having legitimate expectations of taxpayers that rely upon such a charter, is certainly a difficult balance. The charter affords an opportunity to make sense of the blurred boundaries of honesty in a large nation with few taxpayers.

Butani is managing partner and Shah is a managing associate, BMR Legal. Views are personal