Taxing FII’S twice on transactions is a bad idea; here’s why

Given how the government had already burnt its fingers on taxing FPIs, and had to set up a panel under Justice AP Shah to reverse the decision on applying MAT with retrospective effect, it is quite amazing that it should bring in another tax on them so casually. 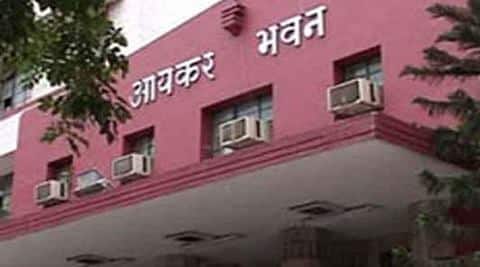 Given how the government had already burnt its fingers on taxing FPIs, and had to set up a panel under Justice AP Shah to reverse the decision on applying MAT with retrospective effect, it is quite amazing that it should bring in another tax on them so casually. In response to a clarification on the applicability of Section 9 (1) of the Income Tax Act—the infamous Vodafone retrospective clause—the taxman has said, on Wednesday, that investors in FII funds will be taxable in India under certain conditions. Since the law states that a firm which has more than 50% of its assets in India is liable to pay taxes here, FIIs asked if this applied to them. The Central Board of Direct Taxes answering in the affirmative looks like it is merely restating the law, but it has actually gone one step further. If a fund set up in, say, Mauritius, and over 50% of its investments are in India, the fund pays taxes on all its transactions in any case—this could be by way of the securities transaction tax (STT) or whatever other taxes are applicable. So why, then, should the investor in this fund be liable for further taxation in India when he/she decides to exit the fund? After all, if the investor had entered the Indian market and invested directly, the only taxes paid would have been the ones those like STT—which the fund is also paying—so why should one extra layer of taxation be added just because the investor is entering the market indirectly?

The answer to question four—there are a total of 19 questions asked and answered—is even odder. In this case, the question is about an offshore fund, 90% of whose corpus is invested in a country other than India. The 10% portion earmarked for India, however, is invested through a dedicated sub-fund and where none of the investors own or have voting rights of more than 5%. In this case, too, the CBDT has said the investors of the fund will be taxable since the sub-fund derives a substantial (in this case, 100%) portion of its value from India. While it would appear the clarification is a mechanical application of the existing law, the CBDT needs to take a more pragmatic approach and address genuine investor concerns in a fair manner. Else, investors in funds are going to have to find new ways to structure their holdings or only invest in funds that offer significantly higher returns—at a time when FIIs are in any case pulling out of emerging markets like India in the face of Fed rate hikes and a more buoyant US economy, this will only worsen matters. Unless, of course, the clarification is part of a deliberate plan to discourage FII investments to allow the rupee to weaken further.