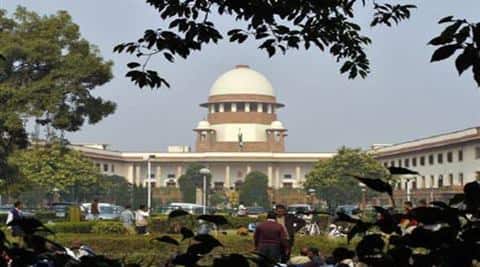 Last week, a nine-judge bench of the Supreme Court (SC) ruled on a vexed legal issue that has long haunted constitutional experts and trade alike: the interplay of taxes on entry of goods imposed by states vis-à-vis the freedom of trade and commerce across the territory of India enshrined under the Constitution. By a majority, the court, in its 900-page judgment, opined in favour of the states, holding that autonomy and sovereignty of states permit them greater latitude in the fiscal sphere. Reversing the legal position in vogue for decades, this decision (a) turns down the challenge (of tax-payers) to entry taxes, considered a constraint to a common-market across the country, and (b) upholds imposition of non-discriminatory entry taxes as permitted under the fiscal sphere of the states. The enormity of the challenge and complexity involved can be gauged from the fact that this is the second time in history that a nine-judge bench of the Supreme Court had to step in to determine a tax dispute. The last time a nine-judge bench ruled was on the principle of ‘unjust enrichment’ in the famous Mafatlal case. Such enunciation of the legal position in the sphere of tax jurisprudence is thus rare, given a large number of states were parties to the dispute.

The decision is significant on various counts. In terms of the earlier legal position, ‘compensatory test’ was employed to determine validity of entry taxes. It means that the states were obliged to factually establish that such levies were spent for the benefit of the subject-trade. This test has been ruled out as without any juristic basis by the court, which consequently also removes a conceptual anomaly between ‘taxes’ and ‘fees’. Traditionally, ‘taxes’ are considered compulsory exaction, whereas ‘fees’ are towards an identifiable benefit available to the payer. By the ‘compensatory test’, the justification of entry taxes was hedged between the two, i.e., while entry taxes were considered a tax, nonetheless the concerned state was obliged to exhibit the benefit accorded to one from whom the taxes were collected. The compensatory test was retained for decades, supposedly to balance the freedom of trade and commerce as also the rights of the states to impose entry taxes. Now, with the test gone, a state merely has to apply these taxes in a non-discriminatory fashion such that inter-state trade does not suffer. This reflects a significant movement from the earlier established position.

From a quantum perspective, consequent interest and penalties apart, it is expected that this ruling will result in tax liabilities to the extent of R30,000 crore. This bench has decided the issues in-principle and validity of state laws will be examined on a case-to-case basis by regular benches of the SC, given the wording in each state law may differ. However, the test now being made applicable to uphold their validity having been stated in widest of terms by this verdict, there is little doubt that the challenges to the state legislations will stand largely repelled. In most disputes, the courts have granted interim protection to business as against levy of entry tax. Consequently, the pending assessments will be finalised, leading to cash-flow challenges to business. Further, the goods (on which the liability will now be crystalised) having already transferred title, industry may be required to absorb these outflows as costs rather than these being passed on to buyers.

Invariably, all states impose entry taxes. The impact of this decision will therefore be felt across all manufacturing and infrastructure (that use manufactured goods) sectors and businesses which deal in goods. In particular focus, however, will be the e-commerce industry. Seeking to leverage from the rise of inter-state sale of goods on online platforms, in recent past, a number of states have imposed entry taxes on goods traded by e-commerce. The controversy surrounding local body tax (LBT) on such transactions in Maharashtra reflects one such facet of the dispute. Even though some high courts have ruled against the levy on such transactions, with the nine-judge SC bench having upheld the wide powers of the state to levy entry taxes, the entire e-commerce trade will have to revisit its pricing-model and logistic-arrangement in the light of this decision.

Despite settling the legal position on a wide array of aspects, the decision of the nine-judge bench does not address trade nuances. For example, in terms of the constitutional entry, the court has held that tax can be imposed on ‘entry of goods into a local area for consumption, use or sale therein’. The resolution of the issues surrounding ‘local area’ has been a thorny issue for decades since state governments commenced legislating such ad-hoc taxes/levies, albeit, under the constitutional empowerment. Even amongst the nine judges, there are divergent opinions; one view being that local area cannot be equated with a state, and the other being “state as a compendium of local areas”. Though the levy of entry tax is no longer permitted with the forthcoming GST law, the fact that Constitution still permits levies by local bodies leaves the debate open. Even if the question of such similar levies in the GST era was not a question before the court, the SC could have dealt with it by way of an obiter. Since the question of states’ right under the Constitution in GST era is open, the government will, in the interest of trade and smooth roll-out of GST, do well by seeking an opinion from the SC by way of presidential reference, such that there are no unintended consequences. This is suggestive of India’s complex indirect tax system, which hopefully should get addressed with GST law, which seeks to subsume such levies.

From a constitutional perspective, it is heartening to note that the bulk of the reasoning of the nine-judge bench is the federal structure of Indian polity and an expressed need of securing a self-sustaining revenue model for the states. This decision, insofar as it furthers this tenet, is indeed laudable. Also appreciable is a linked fact, that the decision stresses upon the essence of cooperative federalism. The success of reforms such as GST are premised on this very foundation.

The author is partner, BMR Legal.