The year 2016 will undoubtedly be commemorated for tectonic changes in the global and domestic environment, including Brexit, election of Donald Trump as the US president, and closer home. 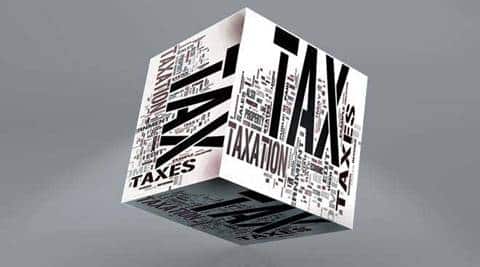 One, tax evaders and delinquent officials are more likely to be discouraged from abusing their position if they feel that the chances of their being caught and quickly punished are high. (Source: Reuters)

The year 2016 will undoubtedly be commemorated for tectonic changes in the global and domestic environment, including Brexit, election of Donald Trump as the US president, and closer home, the passage of Constitutional Amendment Bill for GST, and not to forget demonetisation.

Undoubtedly, the first two years of the government witnessed a rush of tax reforms, and 2016 has not been any different. Continuing from last year, tax agenda has taken centre stage with changes focused on improving India’s competitiveness as an attractive destination.

PM’s flagship programme ‘Start-up India’ took off with enthusiasm in January with a three-year tax holiday, which was announced subsequently in the Budget. The government also attempted to simplify tax laws to mitigate the hardships faced by taxpayers—measures, such as granting a stay of demand after payment of 15% of the total tax demand were hailed by the taxpayers. Similarly, to keep its commitment of rationalising corporate taxes over the next four years, the government laid down a road map for rationalisation of tax holidays and incentives currently offered, with an upper cap of 40% on depreciation and the sunset date being prescribed for other tax holidays—for example, for infrastructure and power companies, tax holiday would be available only if the activity commenced before April 1, 2017.

With a move such as demonetisation and stringent penalty provisions on black money, the government has signalled zero-tolerance towards tax evaders. Keeping in mind the backlog of tax litigation, the government introduced ‘The Direct Tax Dispute Resolution Scheme, 2016’ which provides immunity from prosecution on payment of due tax and interest coupled with withdrawal of appeal. Though the scheme was also intended to settle landmark cases (such as Vodafone, Cairn which are before international arbitration), the outcome suggests that the scheme was moderately successful. Age-old penalty provisions were rationalised with new provisions aimed at providing certainty by providing two rates, 50% and 200% as against the range of 100 to 300% under the old law.

Undeniably, the Budget highlight was announcement of Income Declaration Scheme (IDS), which offered an opportunity to declare unaccounted money and paying a one-time tax and penalty of 45% of the undisclosed income. The scheme provided immunity to declarants from future litigation and prosecution. This one-time window led to declaration of over R65,000 crore of black money. Few months after the closure of IDS, in an unprecedented move, the prime minister announced demonetisation of high-value currency notes, accounting for over 87% of the total currency in circulation. Alongside demonetisation, another amnesty scheme was announced to allow taxpayers to admit and disclose deposits (under demonetisation) as well as unaccounted income of past years. However, the latter scheme carries a higher tax and penalty aggregating to 50% of total amount coupled with deposit of another 25% in interest-free bonds for a period of four years.

India’s participation in the global tax landscape has been significant with active involvement in the G20-led BEPS initiative. Following the recommendations of OECD’s BEPS project, India introduced several changes in Budget 2016, such as the country-by-country reporting norms for multi-nationals—required to maintain and report, at the request of headquarters, documentation on global supply chain—equalisation levy to digital advertising under India’s tax net and a patent box regime bestowing an incentive to develop and commercialise patents in India.

The government successfully negotiated tax treaties with Mauritius and Cyprus, during the year, ending fears of uncertainty due to GAAR. Yet again, keeping the commitment for introducing amendments with certainty, a prospective grandfathering clause for investments made upto April 2017 (implementation date of GAAR) and a two-year concessional withholding tax rate was provided. The government also inked over 100 advance pricing agreements during the year. Another notable step was adoption of Justice AP Shah Report on levy of Minimum Alternative Tax on FIIs and foreign companies not having any presence in India.

The coming year is yet another with challenges, such as dealing with the impact of demonetisation. While India is inching closer towards GST implementation, the industry seems to be positive about the impact of GST on Indian economy, but we are yet to see the preparedness of the government for smooth implementation.