It also said that the gubernatorial order didn’t stand the test of the provisions of Schedule V of the Constitution, and that the 100% reservation, apart from junking considerations of merit, violated the rights of other reserved groups. 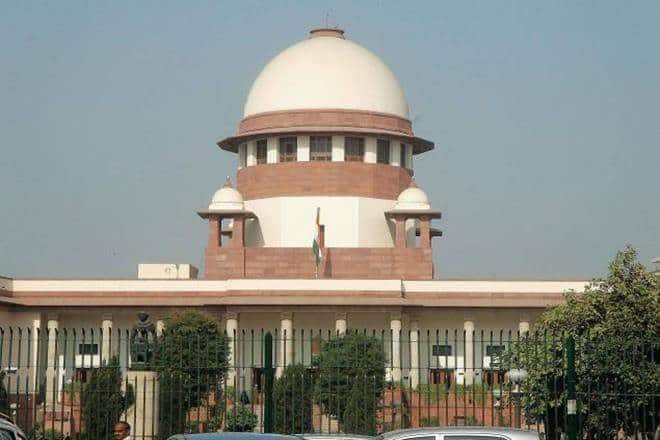 A five-judge SC bench clarified that the 50% cap, set by the apex court in Indra Sawhney (1992), with only extraordinary circumstances allowing a breach, could not be violated since there was no extraordinary situation warranting this.

Given how political parties have banked on expanding reservation to consolidate support among sections of the electorate, the Supreme Court (SC) rejecting an Andhra Pradesh gubernatorial order from 2000 that mandated 100% reservation for scheduled tribe members for teaching jobs in scheduled areas is a significant step forward.

A five-judge SC bench clarified that the 50% cap, set by the apex court in Indra Sawhney (1992), with only extraordinary circumstances allowing a breach, could not be violated since there was no extraordinary situation warranting this. It also said that the gubernatorial order didn’t stand the test of the provisions of Schedule V of the Constitution, and that the 100% reservation, apart from junking considerations of merit, violated the rights of other reserved groups.

Since 1992, governments—both the Centre and the states—have been liberal in their interpretation of “extraordinary situation”, and have used various legal provisions to protect policies that breached the 50% cap; for instance, some states have used the Schedule IX shield to protect state laws that expanded reservation beyond 50%.

Also Read
India’s chips are up
Fifth column by Tavleen Singh: Punishment without proof
Why management is both art and science
Fiscal risk reappraisals ahead

Maharashtra recently enacted a legislation to give reservation benefits to Marathas. On the other hand, the Centre created a 10% quota for people from economically “weaker” sections. Against such a backdrop, the SC, in its judgment in Chebrolu Leela Prasad Rao, points out that reservation was envisaged to help address social disparities and economic backwardness of certain sections of the population within a few decades, but “gradually, amendments have been made, and there is no review of the list nor has reservation come to an end. Instead, there is a demand to increase them (reservations)…” It even notes that it is tough for any elected government to have the political will to meet the challenges that arise from reservation.

While the judgment will likely have far-reaching consequences—the Centre’s EWS quota has been challenged before a three-judge bench—the crux of the problem is how the judiciary has interpreted reservation and related aspects. For instance, in the current case, despite Indra Sawhney and K Krishnamurthy (2010)—this had also reiterated that the 50% cap can’t be breached—the Andhra Pradesh High Court had ruled in favour of the government order. Similarly, the Bombay HC upheld the Maratha reservations despite reservation quota exceeding the 50% limit in 2019.

A fair share of the blame, however, must rest with the SC itself—in 1994, in Ajay Kumar Singh, SC ruled on reservations at the highest levels of education, which Indra Sawhney proscribes. Indeed, there are many other reservation-related judgements where the SC has either read down its earlier judgments or has completely side-stepped these. For instance, SC, in 2018, upheld one part of the Nagaraj judgment saying that reservations can’t be allowed to affect efficiency negatively, while, in another judgment, it said that “it is necessary to liberate the concept of efficiency from a one-sided approach which ignores the need for and the positive effects of the inclusion of diverse segments of society on the efficiency of administration”. Unless the apex court lays down its opinion with some degree of certitude, reservation will likely continue in perpetuity.