By applying the ISCO-08 concepts to the ICE360° Survey, and classifying skill levels, we can better understand the connection between earnings and quality of labour force. This can provide important insights regarding skill levels, and can be used to equip the workforce with adequate skills. 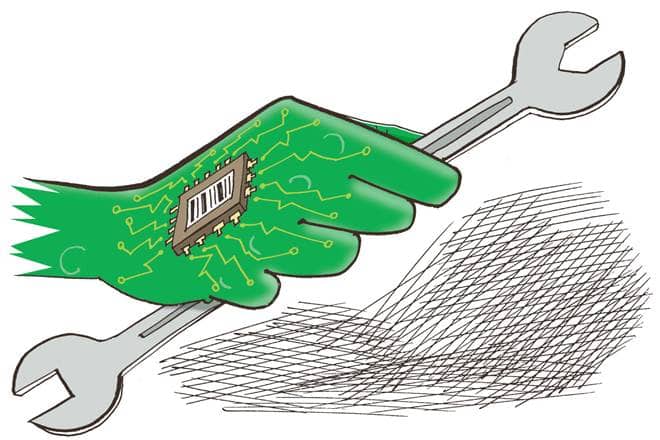 Why there is a gap between current status and goals (Illustration: rohnit phore)

Skilling has emerged as a buzzword. The push for a policy-backed skill development initiative is a significant step towards realising the potential of the workforce by enhancing its employability. The initiative seeks to strengthen institutional training, infrastructure, training of trainers, overseas employment, sustainable livelihoods and leveraging of public infrastructure. But there exists a huge gap between the current status and the desired goals in terms of a skilled workforce.

The foremost challenge is the huge proportion of poorly-trained workers in the informal sector—the largest employment generator in India. The large majority of skill training is carried out through self-taught practices, observation or a transfer of skills from a master craftsperson to an apprentice. The proportion of formally skilled workers in India is extremely low, at 4.69% of total workforce, compared to 24% in China, 52% in the US, 68% in the UK, 75% in Germany, 80% in Japan and 96% in South Korea.

The mismatch between skill, academic training and employment has broadened to an extent where, on one hand, employers are unable to discover suitably trained people, and on the other, the youth is unable to find the kind of jobs they aspire for. According to the latest India Skill Report (2019), only 45.6% of the youth graduating from educational institutions are employable. To address this mismatch, it is imperative to understand the ‘return on skill’ (ROS) concept.

Common sense tells us that a skilled person is in a better position to enhance his earnings. But to be able to understand the impact of skills on employment, one needs to take a closer and analytical look at it. The International Standard Classification of Occupations (ILO, ISCO-08) provides a framework to make it possible to compare occupational data internationally. ISCO-08 does not seek to substitute the existing National Classification of Occupations, but enables inter-country comparisons by aligning occupational classifications to ISCO-08 in concept and structure.

In the Indian context, many studies estimate return on education at the national level using NSSO data, India Human Development Surveys I and II (IHDS), National Data Survey on Savings Patterns of India, etc. But there are hardly any studies that investigate the labour-market ROS due to the absence of skill-based earning data.

To bridge this gap, the ICE360° (2016) survey of 60,360 households, 2,50,720 individuals covering multidimensional aspects of the economy, society and polity is an important data source. Geographically, the sample has been drawn from across 216 districts, 1,217 villages and 487 towns spread across 25 major states. By applying ISCO-08 concepts to ICE360° survey (2016), we have classified the skill levels, where skill is defined as the ability to carry out tasks and duties of a given job for which the person earns a remuneration. This corresponds to 62.4% of the total population who belong to the working-age group of 15-65 years who are eligible to work, excluding students and those unable to work. The skill levels have thus been classified as four types, from Levels 1-4 (see table).

Regular salaried income offers a foreseeable income stream and is most likely to be associated with better job security. Only 13% of skill Level 1 workers report that they are paid a regular salary. In contrast, 60% of workers classified as skill Level 4 earn regular salaries. Skill Level 1 workers, on the other hand, receive 75% of their earnings from non-agriculture wage labour as daily wages. It is important to note that skill Level 3 and Level 4 workers are concentrated in regular salaried and self-employed non-agricultural occupations. This wide disparity in skill levels of the labour force is a cause for concern in terms of employability.

Skills and ICT (information and communications technology) usage share a positive relationship, with the higher the skill levels, the higher is the usage. Our data reveals that ICT users earn more than double non-ICT users. Although this phenomenon is common across all skill levels, skill Level 1 shows exceptionally significant results.

Clearly, this skill level concept can help us better understand the connection between earnings and quality of the labour force. Such analysis is likely to provide important insights regarding the skill levels, which would require re-qualification and re-specialisation of the labour force in order to compete in the fast-changing globalised India. It can further be used to retrain and equip the workforce with adequate skills. In the next part of this series, we will discuss the concept of ROS and the factors that contribute to enhancing ROS.
(The second part of this article will appear tomorrow.)