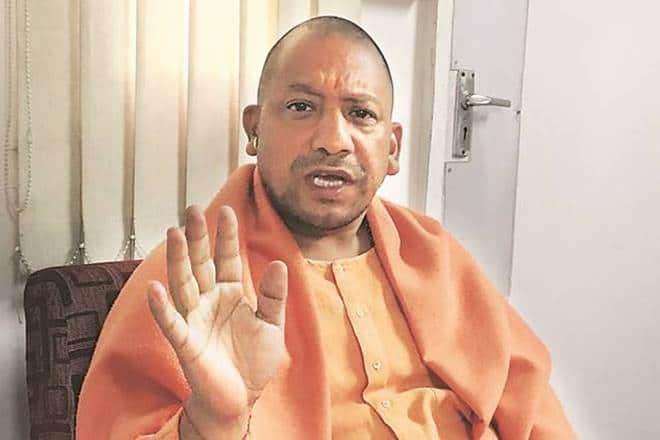 Shivraj Singh Chouhan, three-time CM of Madhya Pradesh (MP), has, like Yogi Adityanath, been a five-time member of Parliament before becoming CM in 2005. (IE)

Yogi Adityanath has been in news ever since he took over the reins as Uttar Pradesh chief minister. From closure of illegal abattoirs and setting up of anti-Romeo squads to farm-loan waivers, government purchase of wheat and potatoes, and notice to sugar mills for clearance of farmer dues, all his moves have kept him in the limelight. Notwithstanding differences of opinion on all such moves, he seems unrelenting. Many of his actions show concern for farmers, who have been getting a raw deal for years. Should he intend to be in it for the long haul, he would be better off taking a leaf from the “Shiv mantra”. But what is this Shiv mantra?

Shivraj Singh Chouhan, three-time CM of Madhya Pradesh (MP), has, like Yogi Adityanath, been a five-time member of Parliament before becoming CM in 2005. He is highly likely to continue into a fourth term when MP goes to polls in 2018. What made him such a hit with voters is what we call here the Shiv mantra, that Yogi could emulate. Shivraj concentrated on agriculture, which employs the largest share of the state’s workforce (54.6% in 2015-16 as per the Labour Bureau). MP’s agri-Gross State Domestic Product (agri-GSDP) grew at 9.7% per annum—the highest ever achieved by any state—for a decade-long period (2005-06 to 2014-15). All-India agri-GDP growth during this period was 3.5% and UP’s was even lower, at 3.2%. So, MP’s agri-performance has been over thrice as good as UP’s. Shivraj is the one champion of agriculture in India who has focused, persevered and delivered. How he did this is the mantra worth learning for Yogi, more so when UP is, in fact, more generously endowed than MP with nature’s gifts of fertile Gangetic soil and relatively abundant water.

The Shiv mantra starts with paani—Shivraj Singh Chouhan first targeted increase in area under irrigation. MP took on several unfinished irrigation projects and completed them on priority. Between 2009 and 2014, over 1,400 minor irrigation projects were completed, adding 4.8 lakh ha of irrigated area in the state. But efficient utilisation of groundwater irrigation required provision of uninterrupted power supply. Bijli (electricity) was, therefore, the next target. Uninterrupted power supply to fields was ensured during the wheat season. Agriculture’s share in total electricity sold rose to 36% in MP in 2014-15 (from 32% in 2007-08) as against 18% in UP. Irrigation in MP, thus, rose from 30% of cropped area in 2005-06 to 41.2% in 2014-15

With bijli and paani taken care of, the states also incentivised wheat production by giving a 10% bonus over and above Centre’s announced Minimum Support Price (MSP) for wheat, starting 2007-08 till 2014-15. This lured farmers to grow wheat extensively. Wheat production rose enormously—its share in all-India production shot from 8.6% in 2005-06 to a whopping 20% in 2014-15, making it the second-largest producer of wheat after UP, surpassing even Punjab! Simultaneously, in order to fructify increased production, the procurement system (sarkari khareed) was strengthened considerably. An app called e-Uparjan was developed to systematically manage procurement operations and payments through SMS alerts to farmers regarding date and place for bringing their grains to the procurement centre. Consequently, wheat procurement in MP sky-rocketed, increasing its share in the all-India pool to over 25% in 2014-15.

Roads (sadak) were then built extensively to enable farmers to tap markets that were far and wide. Total road density in MP, between 2005-06 and 2014-15, increased from 535 to 937 km/1000 square kilometers and proportion of surfaced roads escalated dramatically from 50 to 81 percent.

This bijli-paani-khareed-sadak formula did wonders in MP agriculture. MP may be the only state in India where agriculture’s share in GSDP actually increased from 28% to 37% over this period. Rural poverty fell from 53.6% in 2004-05 to 35.7% in 2011-12. While some may see this growth with scepticism, private sector annual tractor sales showing a four-fold increase in MP within seven years (2007-14) gives some assurance.

UP already has a high irrigation ratio (78.8% in 2013-14), but short and erratic power supply, especially in Eastern UP, hampers efficient utilisation of groundwater. UP’s road density (1,724 km/1,000 square km) and proportion of surfaced roads (86%) is also higher than MP’s. But grossly inadequate procurement seems the real bane of UP. If incentives can be set right, starting with wheat and paddy, by setting up a strong procurement system and ensuring timely payment of MSP, UP farmers will start receiving 10-25% higher prices. Encouraging private investments in UP’s agro-processing can help promote agricultural diversification further. Solar-powered cold storages for potatoes could prevent price-crashes and also save energy costs.

If CM Yogi can go big and go fast in replicating this Shiv mantra in UP, he can look forward to following in Shiv(raj)’s footsteps and winning two more terms in UP hands down. Passion, focus and perseverance are the key.
Gulati is Infosys Chair professor for agriculture and Verma is consultant , ICRIER