Despite writing in foreign arbitration clauses into their Indian contracts, a host of foreign firms are finding it difficult to invoke these as, often enough, Indian parties approach local courts… 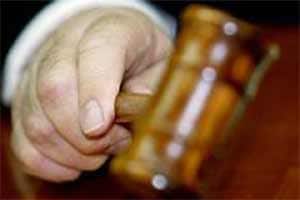 "Delhi government has issued a notification to implement recommendations of the Seventh Pay Commission for judges in all district courts. (Reuters)

Despite writing in foreign arbitration clauses into their Indian contracts, a host of foreign firms are finding it difficult to invoke these as, often enough, Indian parties approach local courts to seek an injunction against the arbitration – a recent SC ruling in the case of Etizen Bulk vs Ashapura Minechem Ltd (AML) makes life easier for foreign firms. In this case, when Etizen wanted to arbitrate in London as per the contract, AML went to a district court in Gujarat to seek an injunction against the arbitration. Later, when the award went against AML, it filed for setting it aside – Etizen, in turn, filed a writ petition in the Gujarat High Court questioning the jurisdiction of an Indian court to decide objections on a foreign award.

Indian arbitration law, it is important to keep in mind, essentially divides arbitration into two parts – Part 1 is justiciable in Indian courts since the arbitration is held here and Part 2 is not since the arbitration is done overseas; in Part 2 cases, the job of the Indian court is just to enforce the award, and that cannot be delayed for too long and requires serious fraud to be proved to set aside the award. Except, several firms used Part 1 to fight against awards – right from looking for interim relief to challenging the award itself – even though their agreements categorically stated that arbitration would be held overseas. The matter looked like it was settled in Bhatia International vs Bulk Trading in 2002 since SC ruled that Part 1 would not apply to foreign awards but it added that unless the agreement specifically or implicitly excluded it, Part 1 would apply. This then set off cases on what implicit exclusion was, but in 2012 in Balco vs Kaiser Aluminium, SC was more categorical and said that once an agreement specified a foreign arbitration centre, the application of Part 1 was ruled out – that is, no injunction or challenging of the award could take place in India. The problem was this judgment applied only prospectively, and left a doubt over agreements signed prior to that. This has now been conclusively addressed in Etizen vs AMR – any agreement that mentions a foreign juridical seat automatically ensures that Part 1 does not apply. Foreign firms that have won arbitral awards against Indian firms, or those who have arbitration clauses built into their agreements can now breathe a little easier.

Next Story
MNCs are not looting India, Baba Ramdev, they are contributing to its development