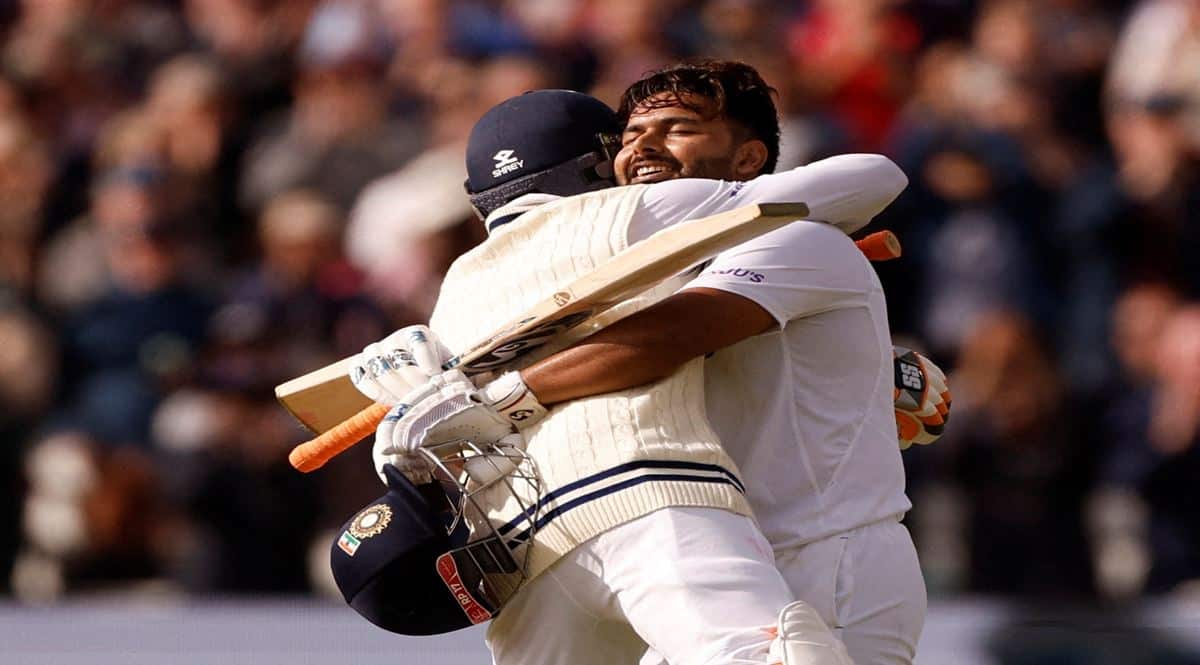 “Last year I was talking to Pant and I told him I am getting bored seeing you throwing it away in the same fashion every time, aren’t you bored as well? So why don’t you try something different, something more outrageous… like a reverse sweep maybe? And I saw his eyes light up. He scored a century in the next innings. It’s very important to back a player’s ability,” Ravi Shastri said on air, as Rishabh Pant neared his hundred at Edgbaston.

Pant is a generational talent, but he owes a lot to the former India coach who mother-henned him and helped him grow as a player. It was easy to get frustrated with Pant’s inconsistency during the early part of his Test career, the nature of his dismissals to be precise that irked fans and pundits alike. Even some of his team-mates were not very convinced and privately, within the confines of the dressing room, they made their displeasure felt. But the youngster was protected by the team management, with Shastri at the helm. The ex-coach, whose contribution was immense in India’s rise as a Test superpower, was spot on with his judgment.

Pant was never copybook, but he always carried a certain x-factor. His heavy metal cricket will always have its fallouts. But as regards to his batting, the southpaw lives by the sword and dies by the sword. This makes him a top entertainer, someone who carries a breath of fresh air every time he walks out to bat. The likes of him encourages budding cricketers to fall in love with the game’s purest format.

Also Read
Right call on BSNL: Company executing critical projects no private firm will ever touch
A GIFT that keeps on giving
This time’s different: A US recession can shave 100 bps from India’s growth
Banking on bancassurance

Rewind to the first day’s play at Edgbaston. England fast bowler Matthew Potts was bowling beautifully after tea. Ravindra Jadeja was regularly getting beaten outside the off stump. Very intelligently, he took a single and rotated the strike. And the game changed when Pant faced Potts. Back-to-back boundaries followed, struck with complete nonchalance. He managed to upset James Anderson with a reverse lap and an attempted slog-sweep. He charged down the track and hit him to the straight boundary. The great man momentarily lost his composure and strayed down the leg side.

Pant and Jadeja were India’s last recognised batting pair standing, on the heels of a top-order collapse. About three hours later, when the wicketkeeper-batsman was eventually dismissed for a 111-ball 146, everyone stood up and put their hands together. During the course of a memorable century, Pant’s strike rate against good length deliveries was 67. Against over-pitched and short-pitched stuff, his strike rate was 100-plus. It was Pant-punch against England’s Bazball.

“Especially in conditions like England, where you know the bowler is bowling well, then it becomes important to disturb his line and length. I keep trying that I do not play in the same manner so that the bowler gets mentally disturbed. As a player, I look to give my 100 per cent, I try to play my percentage, if I feel if it’s there for me to try a different shot or hit the ball, I tend to back it. I have focused on that and it’s helping me, I guess,” Pant said at the post-day press conference, adding: “I don’t focus on the bowler; I focus on what he is bowling. It is not pre-planned that I have to go after this bowler. If I feel I can hit the ball, I do that.”

He is a cerebral cricketer and will go on to captain India in the future.

Every time, when Pant plays a swashbuckling innings, there’s a tendency to draw an MS Dhoni analogy. This is probably a tad off the mark. Pant is a better Test batsman than his idol, whose real mastery was in limited-overs cricket, from captaincy to finishing. Just the hard numbers would back Pant’s superiority as a Test batsman. In 31 Tests so far, he has scored four centuries in the SENA (South Africa, England, New Zealand and Australia) countries, plus his match-winning 89 not out at the Gabba. Dhoni had none. The latter is a legend in his own right and by no way this column intends to run him down. But Pant is already India’s best batsman-wicketkeeper in red-ball cricket over the last 40 years.

Only a few days ago, the 24-year-old was copping flak after a few low scores in an inconsequential white-ball home series. He has conquered Test cricket and shouldn’t be too bothered about the shorter formats. Given his talent and the ability to innovate, Pant would be a match-winner in white-ball cricket also, with a fixed batting position and the licence to play high-risk cricket. Like Adam Gilchrist, he should open in the ODIs and T20Is.