In November 2017, prices of most of the major kharif crops crashed below their respective minimum support prices (MSPs), triggering farm distress. 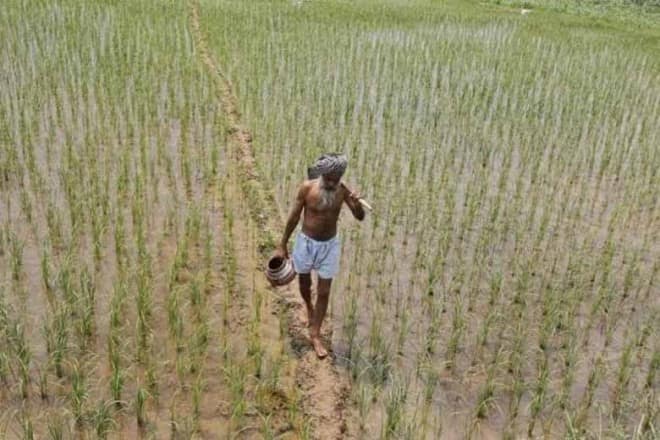 . It is time to think afresh and resurrect Indian agri-futures for farmers’ benefit. In 2003, when the Vajpayee government decided to allow futures markets in India after a long gap, it was hailed as a big, bold step towards better price discovery.

In November 2017, prices of most of the major kharif crops crashed below their respective minimum support prices (MSPs), triggering farm distress. One of the many reasons for this is that our farmers’ planting decisions are based on last year’s prices rather than expected prices at the time of harvest. The signal of future prices is largely absent as agri-futures have been decimated by excessive controls and regulation as show. It is time to think afresh and resurrect Indian agri-futures for farmers’ benefit.  In 2003, when the Vajpayee government decided to allow futures markets in India after a long gap, it was hailed as a big, bold step towards better price discovery. This, in turn, was supposed to help farmers take informed planting decisions. During the initial years, i.e., 2003-2007, agri-futures did show promising growth. Then it hit turbulence around 2007-08 in the wake of a global food price crisis, but picked up momentum again and peaked in 2011-12. However, since then, there has been heavy government intervention in agri-futures with higher margin requirements as well as absolute suspensions, resulting in near collapse of agri-futures (see accompanying graphic).

In the meantime, the Chinese agri-futures markets which started around 1993, struggled for a decade, but thereafter had such a robust growth, that by 2016, it was at the top of the global map crossing the 1000-million mark, compared to India which had less than 20 million contracts, as the accompanying graphic shows. What lessons can India learn from China with a view to promoting its agri-futures and thus help its farmers in better price discovery? Very briefly, China experimented with several things, including inviting experts from Chicago Board of Trade, rationalising commodities and exchanges by closing down many and focusing only on a few, especially the less sensitive ones.

Also Read
Why management is both art and science
Data Drive: HNI interest in passive funds
Prioritising FTA with UK
Understanding the four Vs of operations management – volume, variety, variation and visibility

However, to better understand India’s story, we need to look at the perceptions and actions of three key stakeholders: Policy makers, regulator (Forward Markets Commission/Sebi), and commodity exchanges. A stable policy environment a prerequisite for the development of agri-futures market. And it is the job of the government, including the regulator, to provide an environment for the futures trade to flourish while commodity exchanges must invest in designing appropriate contracts for business development. Abrupt interventions with frequent changes in stocking restrictions on private trade, etc, have reduced the prospects of agri-futures in India. We collated information about various interventions related to margins and suspensions since 2003 and plotted them against monthly volumes of agri-futures trading (see accompanying graphic). We find that suspensions and their duration, as well as high margins, have been targeted more towards commodities that are perceived as sensitive in the common man’s food basket. For example, tur, urad, rice have been suspended for more than a decade now. High margins for sensitive commodities, e.g., 100% for potato (August 2014), 95% for chana (June 2016) and 70% for sugar (September 2016), all reflect the government’s intention of blocking their futures trade.

So, if one has to develop agri-futures in India, the first step is to stay away from sensitive commodities (e.g., common rice, wheat, most pulses, and even sugar), at least for some time till futures gain momentum and some depth. It is better to focus on and develop less sensitive commodities such as oilseed complex (oilseeds, meals, and oils), feed (maize), cotton, basmati rice, spices, etc. Once markets are developed and the regulator has a higher degree of comfort, then India can diversify its agri-futures portfolio to cover other commodities. This is what China also seems to have done where the largest volumes come from oilseeds complex. This points to the important role that the regulator has to play, by giving a clear direction in terms of choice of commodities, and then stay the course by adopting a stable policy with minimal interventions.
Second, for the government to be reasonably assured that speculators are not rigging markets, it may be useful if the regulator allows only delivery based contracts, at least till the futures markets deepen. Once again, this is a lesson which we can learn from China where all agri-commodities traded in Dalian Commodity Exchange are physical delivery based.

Third, as China did, the government can also encourage its state trading enterprises (STEs) to trade on the agri-futures platform. This will boost the government’s confidence in agri-futures as it will have ample information from its STEs. In China, STEs such as China National Cereals, Oils and Foodstuffs Corporation (COFCO) Futures Group participate in the agri-futures markets heavily. It is directly administered by China’s State Council and is the largest food processor and manufacturer as well as the largest exporter and importer in China. COFCO trades in agri-commodities such as soybean oil and meal, palm oil, cotton and sugar in the futures market. In the same manner, India’s STEs such as MMTC, STC, PEC or even FCI can participate on the agri-futures platform helping it to deepen.

Lastly, it has to be recognised that developing agri-futures is as much the responsibility of the regulator as that of the commodity exchanges, and both need to work in harmony for the benefit of various stakeholders, especially peasants who need useful information about future prices for their products while they are planting those crops.  Can the Modi government take bold decisions to revive the legacy of the Vajpayee government and scale new heights in agri-futures, say, 200 million contracts by 2022? Remember, China crossed a billion mark in 2015!

Gulati is Infosys Chair professor for agriculture and Chatterjee is research associate, ICRIER