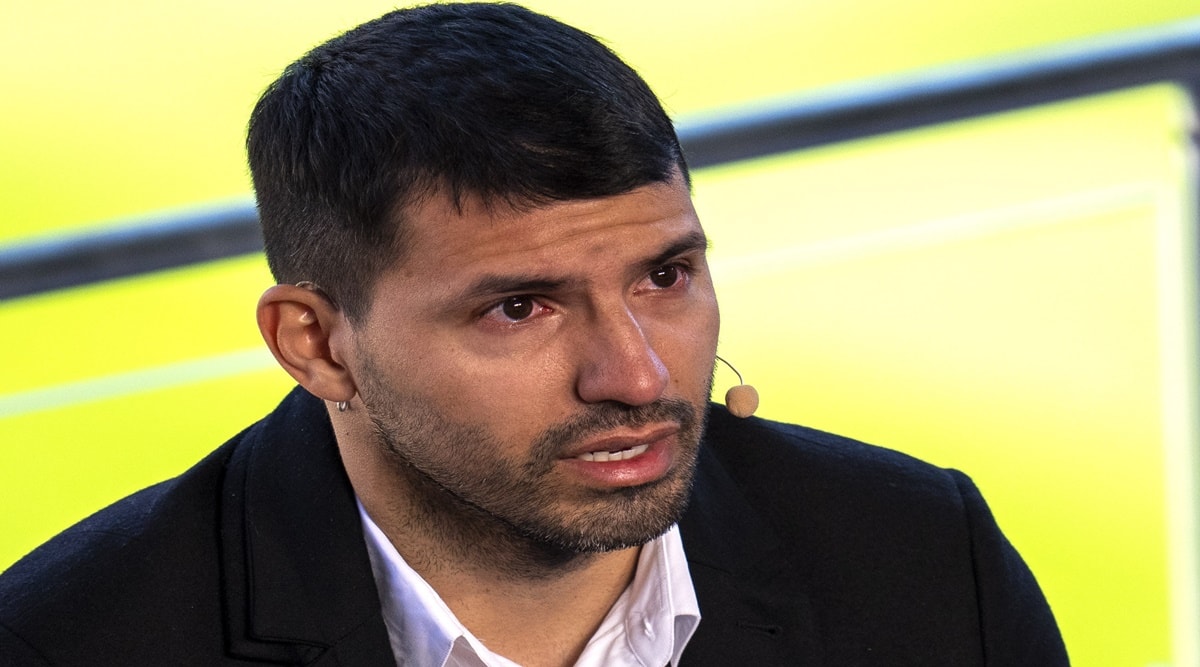 At the Camp Nou media room, Sergio Aguero bade a tearful farewell. At 33 years of age, he still had a couple of years of top-flight football left in him, but health became an impediment.

On October 30, while playing against Alaves in the La Liga, Aguero left the field, holding his chest. His condition was evaluated and eventually Aguero decided to stop playing. “I would like to stay here and keep helping my teammates, but things happen for a reason,” he said at the press conference.

Beyond his family, friends and club mates, support came from Manchester United goalkeeper David de Gea. “Life, family and health are above and beyond everything. Love you amigo,” he posted on Twitter. Aguero left Manchester City and joined Barcelona this season, intending to play alongside his friend Lionel Messi. In a sudden turn of events, Messi had to leave his boyhood club. In a crueler turn of events, Aguero had to hang up his boots.

Sportsmen like to judge themselves through the eyes of their team-mates and peers. An overflow of tributes and supportive messages from his team-mates and rivals confirmed Aguero’s popularity. He scored 260 goals for City, but the Argentine would probably place a higher value on Chelsea legend John Terry’s praise on social media: “One Of The Greatest @premierleague players EVER. @aguerosergiokun LEGEND”. Terry was a fierce rival on the pitch and an admirer off it.

Aguero was the embodiment of City’s coming-of-age in English top-flight football, a club that languished in the lower rung for a long period. He scored ‘that’ goal – arguably the most talked-about stoppage-time winner, against Queens Park Rangers, that clinched the Premier League title for City on the final day of the 2011-12 season; their first league title in 44 years.

The Abu Dhabi takeover gave the club serious financial upliftment. Aguero was the spark that triggered City’s on-pitch dominance, at the expense of their cross-town rivals Manchester United. When United were a winning machine under Sir Alex Ferguson, City were the favourite whipping boys. Aguero’s arrival changed everything. From that perspective, he made an Eric Cantona-like impact in the blue half of Manchester.

Aguero taught City the value of fighting until the end. Before him, the ‘Fergie time winner’ was United’s exclusivity. Against QPR, he helped his team-mates realise it was never over until it was over. As the game moved into the added-on time in the second half, the majority of City fans sunk in the depth of despair. A title that was theirs had been slipping away. Aguero wasn’t getting supply in the final-third, he dropped deep, started the move and played a one-two with Mario Balotelli before scoring the goal. He did it again a couple of years later, against Bayern Munich in a Champions League fixture, snatching victory from the jaws of defeat.

“Aguero’s greatest quality – above his finishing, his passion and his technique – was that he never quite knew when he was beaten. What he gave City fans was a feeling that those on the red side of Manchester knew well: until the referee blew the final whistle, there was always a way,” Alex Brotherton, a City supporter, wrote on the Manchester Evening News.

Pep Guardiola is rightly credited with City’s rapid rise as a football force over the past half-a-decade. Without Aguero, the turnaround wouldn’t have happened.

His nickname, Kun, had a Japanese origin. “When he was kid, Aguero used to watch a Japanese anime series called Kum Kum. It was his grandparents who started calling him ‘Kun’ because of a certain similarity between the child and character, and the name has stuck ever since,” mentioned the FC Barcelona website. Catalonia was supposed to be his golden sunset. His pomp was spent in Manchester, where he came in 2011 for a reported £35 million and left as City’s biggest legend.

The club’s Twitter post hailed ‘King Kun’… “Everyone at Manchester City would like to take this opportunity to thank @aguerosergiokun for his incredible contribution to our success over the last decade and wish him well in his retirement,” it said.

Guardiola compared him to Diego Maradona. “Maradona conquered Italy, Messi did it in Spain and Aguero has done it in England; his numbers speak for themselves,” the City manager told ESPN Argentina.”

Through his 41 goals in 97 international matches, Aguero was an Argentina great as well. An excellent team player, he never mind playing second fiddle to Messi. Little wonder then that the maestro did a fond recollection on Instagram. “The truth now is it hurts a lot to see how you have to stop doing what you love the most because of what happened to you,” Messi wrote, adding: “We lived very nice moments and others that weren’t so much, all of them made us more and more united. We will continue to live them together off the court.”