The political stalwart also had a keen agri-sense, and understood that the highest pay-off from economic reforms is now to come from agriculture 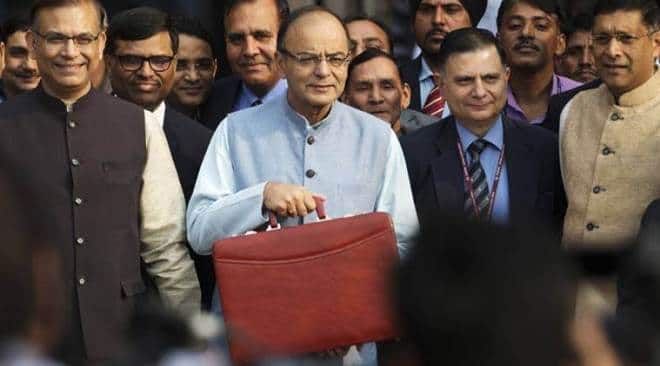 Most focus on his contribution to BJP as a political strategist, or to the nation through GST-type reforms, or as a personal friend to many, including those in the Opposition benches in Parliament. (IE photo)

Several obituaries have been written on Arun Jaitley’s untimely demise. Most focus on his contribution to BJP as a political strategist, or to the nation through GST-type reforms, or as a personal friend to many, including those in the Opposition benches in Parliament. But, I have not read anyone writing about his agri-sense, and his contribution to agri-policies. And that is what I want to focus on.

But, before I venture into this little-known aspect of Jaitley’s contribution, let me say that we both studied together in Shri Ram College of Commerce (SRCC) in the same batch, 1970-73; Arun was in Commerce while I was in Economics Honours. After that, he went on to do a degree in Law, and I pursued Economics at the Delhi School of Economics. But, I did watch his rise in politics and public affairs from his Delhi University Student Union (DUSU) President days to being imprisoned during the Emergency imposed by Indira Gandhi, and then, later, being the crowd-puller for Atal Bihari Vajpayee’s election campaigns. Like Arun, I, too, had the privilege to work with Vajpayee ji when he became the prime minister of India in 1998. But, my interaction with Arun Jaitley on issues related to agriculture started in earnest when he became the finance minister in the Modi government in 2014.

Also Read
Inside track by Coomi Kapoor
Understanding the four Vs of operations management – volume, variety, variation and visibility
A shocking ten days for the UK

Interestingly, it was one of those days in 2015 at the Rashtrapati Bhavan when the President gives away Padma awards to many people from diverse fields for their contribution to the country. I happened to be one of those Padma awardees. Immediately after the ceremony, Jaitley, who was sitting in the front row, came to congratulate me, and then said, “Ashok, I read your piece ‘Lead from the Centre’ today in Financial Express, and what you are saying, that we need to invest much more in irrigation, makes lot of sense to me, especially when India is facing occasional droughts. I think we can do it”. I thought it was a normal gesture on such an occasion. But, I was pleasantly surprised when I found him announcing a special scheme, of Rs 40,000 crore, for ‘Long Term Irrigation Fund’ through NABARD, in his next budget speech. The scheme helped many languishing major and medium irrigation projects move somewhat faster toward completion. He was a silent doer on many such schemes.

On another occasion, I was called to give a presentation to him, and his key advisors in the Ministry of Finance, on revamping the crop insurance scheme in the wake of the back-to-back droughts of 2014 and 2015. He listened very attentively, and then asked how much extra it would cost. My curt reply was that the central government was already giving away about Rs 6,000-7,000 crore per annum to states through the PM’s Disaster Relief Fund. The modalities adopted in compensation were not very scientific. But, if the Centre went for a proper crop insurance system—I suggested a weather-based system, with high-tech automatic weather stations installed all over the country—it may cost another, say, Rs 5,000-7,000 crore, but could be made more scientific. His immediate response was, “this is doable”. After that presentation, what I heard was an announcement by the prime minister about the revamped PM’s Fasal Bima Yojana on Baisakhi, as a gift to Indian farmers. It is still going through some teething problems as, instead of being weather-based, it was rolled out on crop-cutting experiments, which can be manipulated through the patwari system.

But, the biggest agri-idea that came from him—and many heard it during the last year or so, on various occasions—was his statement that the highest pay-off from economic reforms, after the GST reform, is to come from agriculture. He knew very well that agriculture is a state subject, and, if one has to reform agri-markets by amending Essential Commodities Act and APMC Act, engaging states in a “cooperative federalism” would be essential. He spoke about this idea, loud and clear, on one of NABARD’s Foundation days. He was also clear that the lead for such a push has to come from the Centre. In fact, he even asked NABARD to initiate some spade-work in this direction.

Similarly, if one has to do any tenancy reforms, with a view to open up land lease markets, again, the blueprint has to be something like the GST council, involving the states as well as the Centre.

The other big agri-idea with which Jaitley concurred was to gradually transfer various subsidies in the agri-food space to direct cash transfers into the accounts of beneficiaries. He said this while releasing one of my books, ‘Supporting Indian Farms the Smart way’ (see graphic) in 2018. The book was based on two years of in-depth research on how different agri-policies impact Indian farmers, agriculture, food security, natural resources, especially water and soil, etc. The central message was that Indian agricultural policies have inherent consumer bias, and that input subsidies related to fertilisers, power, irrigation, interest subvention, etc, do not promote efficiency in their usage. Instead, they are creating several environmental problems, like groundwater depletion. The best solution would be to give these subsidies directly to beneficiaries in cash, and free up the highly subsidised prices of fertilisers, power, etc. He echoed this in his speech, and said that this is surely a ‘smarter’ way to help our farmers.
It is sad that his health deteriorated fast and he is no more with us. The best tribute to such a personality is to implement his ideas in full faith. Can the Modi government create a GST-type council for agriculture reforms, and realise his wishes by implementing agri-marketing reforms and transferring agri-input subsidies directly to beneficiaries’ accounts through Aadhaar. That would be the most meaningful tribute to Jaitley.