The importance of sharing is underlined by WiFi Master Key, the app that enables one to connect to shared Wi-Fi hotspots by crowdsourcing login credentials 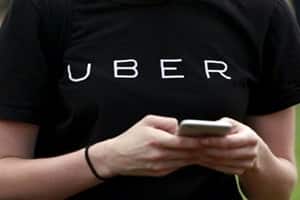 Paytm will enable Uber users to pay for their rides in Indian currency while travelling abroad using its mobile wallet by month-end. (Photo: Reuters)

As our cities get congested, and the likes of Uber and Ola experiment with pooling and sharing of private vehicles to increase occupancy and possibly reduce congestion and pollution, it is time to focus on the ‘sharing economy’. Although the definitions of the ‘sharing economy’ are still evolving, it is largely held to involve a spectrum of activities based on maximising the potential of underused human and physical resources, from skills to things. Examples include TaskRabbit, Stayzilla, Ola, etc, which promise to revolutionise the way people run errands, travel and move through cities in India, much like in other countries. Sharing spans a huge range of goods and services, from small tasks paid by the hour such as UrbanClap to sharing of private jets as in the case of VistaJet.

The importance of sharing is underlined by WiFi Master Key, the app that enables one to connect to shared Wi-Fi hotspots by crowdsourcing login credentials; it topped the top 10 downloads in iOS and Google Play combined with a presence in 223 countries. According to McKinsey, the sharing economy will be as big as $335 billion by 2025. So, what is its future and the regulatory evolution it calls for? It has quite a few positives.

-Efficient utilisation of finite resources of labour, capital and land—Ola (cab drivers), Stayzilla (accommodation) and Faircent (capital)—both for asset-owners as well as the users who use these ‘on demand’;

-Reduced search costs, thanks to use of technology to find unused and underused resources in the economy (ShareDesk provides on-demand workspace);

-Disintermediation through a ‘platform approach’, bringing resource-owners and users together;

-Reduced information asymmetry between users and providers through reviews, ratings and quality control;

A unique aspect of the sharing economy is network effects. Most of these platforms build up the numbers of users free at first and at minimal charges later, so that exponential growth of adoption follows. As user base increases, the value for users increases more than the commission fee the platform charges.

Another is the collaboration between users who can get what they need from each other. This blurs the difference between professional and personal services. One need not be a professional hotelier to rent rooms through Stayzilla; one need not be a cab driver to be part of the Uber pool.

In India, we have seen an increasing trend in sharing economy start-ups, with the emergence of the likes of HashLearn in education, providing on-demand tutoring; 91Springboard.com for shared working spaces; Faircent and i-lend for peer-to-peer lending; Helpr for home services and so on. Nasscom had commissioned a report in 2015 on the prospects of the sharing economy.

While traditional regulation attempts to minimise market failure—due to information asymmetry or inequitable outcomes—significant market power or existence of negative externalities, whether the same is applicable to the sharing economy or not daunts regulators and policy-makers. For example, if the platform firm gets greedy and morphs into a network monopoly, it may exhibit its market power much like the incumbents, thus wiping out the true benefit to the stakeholders of the sharing economy. What if the sharing economy firms use regulatory arbitrage to win over incumbents, but do not conform to certain minimum safety, security, environmental and privacy requirements? They can also engage in anti-competitive behaviour, which can be harmful to their users.

Globally, regulators are struggling to cope up with the realities of the sharing economy. While platform companies are innovating with disruptive solutions, which challenge existing operations and business models, they may not fall neatly into existing business structures and corresponding regulatory frameworks. Regulators, in many cases, seem to react by extending or modifying existing regulations to cover such companies, sometimes conflicting with their key business propositions.

Although the recommendations vary from self-regulation to enforcing extant regulations, the magic answer still eludes many governments and policy-makers, as is being currently witnessed in cab aggregator licensing guidelines being formulated by different states.

For cab sharing, there can be mandatory compliance rules with respect to safety and security of users; for peer-to-peer lending, it can be full transparency and disclosures; in education, it can be authenticating proficiency and experience of tutors and teachers; and in skill sharing, it can be certification of the professionals. The other option that is being advocated is self-regulatory organisations, like Credai for real estate, which govern the behaviour of stakeholders of the sharing economy, including users and platform providers, with an oversight by an omnibus regulator.

The sharing economy has a huge potential in improving social welfare for India’s citizens and the platforms have an important role to play. It is time for all of us to play an active role in this economy; and governments must provide supportive regulatory structure.