RCEP pull-out: India right in sticking to its terms and conditions

India’s right in sticking to its terms and conditions 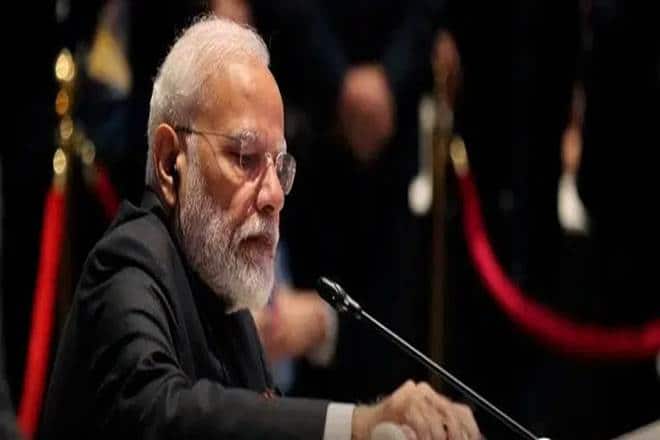 Given, the magnitude of numbers involved, India’s decision to not be a part of this deal is brave and warranted to a great extent.

Citing “significant outstanding issues, which remain unresolved”, India decided to walk out of the proposed Regional Comprehensive Economic Partnership (RCEP) trade agreement. Had India joined, the trade bloc, comprising ASEAN, Australia, China, Japan, Korea and New Zealand, would have accounted for 25% of global GDP, 30% of global trade, 26% of FDI flows and 45% of the world population. RCEP countries account for almost 27% of India’s total trade. Exports to RCEP account for about 15% of India’s total exports, and imports from RCEP comprise 35% of India’s total imports. Given, the magnitude of numbers involved, India’s decision to not be a part of this deal is brave and warranted to a great extent. The trade deal has been under negotiation for the last eight years.

Reciprocity is the key to FTAs. The biggest driver for trading partner countries to sign an FTA with India is access to a big and booming consumer market. So, it was quite logical for India to assess returns from the deal. Many pain points compelled the country to walk out of the China-led trade deal, and rightly so.

First, to start with India’s trade deficit with the RCEP bloc of over $100 billion is almost 64% of its total trade deficit, of which China alone accounts for over 60%. China’s manufacturing overcapacity and dumping of goods has compelled countries across the world to take action against its imports. As a result, China is the recipient of the highest number of ADD measures in the world with almost a 1,000 ADD (Anti-Dumping Duty) measures against it since 1995, this amounts to almost a quarter of all ADD measures globally. China’s penetration in the Indian market dominates both in terms of value-added import items as well as labour-intensive industry imports. Overall, India has almost 20% of its non-oil imports from China. Almost 60% of India’s electric machinery imports, 36% of machinery and equipment imports, and 37% of organic chemical imports are from China. Due to its massive overcapacity and financial and non-financial government support, China is able to create a significant edge over its trading partners.
Second, appropriate framework against circumvention of rules of origin is still lacking when it comes to trade deals. Under invoicing of imported goods to show higher value addition, re-routing through other FTA partner countries to gain preferential access is quite common. India’s demand for stricter value addition norms in the RCEP received a lot of backlash during negotiations. Lax rules of origin norms would have led to a surge in imports from various trading partners into India. India’s concerns in this regard were not addressed by member nations.

Third, India’s concerns on non-tariff barriers were also not delved into during the negotiations. NTBs like complex product certification process, labelling standards, customs clearance, pre-shipment inspection and import licensing have hindered India’s access to other markets. Dealing with NTBs is costly and negates the impact of duty reduction under FTAs. This happens, especially with respect to China, as market access in the country is restricted despite low duty rates. Despite a promised 92% preferential access by China into its market under RCEP, India wouldn’t have really gained access into it.

Fourth, as per media reports there have been various other concerns such as lack of appropriate safeguard clauses in case of impact on the domestic market, insignificant attention to the services chapter and reluctance of trading partners to move the base year for MFN from 2014 to a recent one so that recent duty changes could be incorporated.
Lastly, India’s not-so-remarkable performance with respect to its previously signed FTAs has also been an eye opener for the policymakers. A NITI Aayog note on Free Trade Agreements and Their Costs, 2018 details that the combined trade deficit with FTA partners like ASEAN, Japan and South Korea has doubled in the last eight years, while the quality of trade has also deteriorated. A case in point is the India-ASEAN FTA where India’s trade balance has worsened (deficit increased or surplus reduced) for 13 out of 21 sectors including value-added sectors like—chemicals and allied, plastics and rubber, minerals, leather, textiles, gems and jewellery, metals, vehicles, medical instruments and miscellaneous manufactured items. These account for approximately 75% of India’s exports to ASEAN.The paper concludes that joining the RCEP could be disastrous for India.

Thus, in terms of reciprocity in an FTA, Indian policymakers have rightly assessed that the Indian manufacturing sector will not be able to gain reciprocal access in other markets, specially China due to significant overcapacity, use of NTBs, and other financial and non-financial support available to its domestic industry. As for other RCEP trading partner countries India already has FTAs either in force or under negotiation. However, to be clear, it wasn’t the presence of China that led to India’s walkout from the deal, but the lack of safeguards and reciprocity built in RCEP as well as the current state of the manufacturing industry in the country.

Despite India’s commitment to free trade and a more connected world, the decision is right. For the time being, we do miss out on being part of this mega trade block, but the costs of being part of such an agreement could potentially have been disastrous. This also gives us a chance now to concentrate our energies and synergies on propping up the economy. This is the right time to set things in motion with a New Industrial Policy that creates the necessary incentives for MSMEs to be an active part of this process. Going forward, these are necessary complements for ensuring maximum leverage out of our trade deals like RCEP. The doors to trade deals are still open and a New India will be a part of it, but on its own terms and conditions.

Saraswat is member, NITI Aayog, Priya is a Mumbai-based economist and Ghosh is a PhD candidate, Johns Hopkins University, USA. Views are personal

Follow us on
Latest News
Bombay Dyeing in SAT against Sebi
Brookfield India REIT Q2 net operating income up 48% at Rs 241 cr
L&T Realty, CapitaLand India Trust ink deal to develop 6 m sq ft office space
SC issues contempt notice to Sebi on RIL plea
Macrotech to launch Rs 10K-cr real estate space in MMR, Pune by March
‘Sharp re-rating of market difficult amid rate hike expectations’
Want admission in Canada and Australia? Leading educationist bust myths about private colleges
Photos
Dazzling & Astounding! Proposed design of the to-be redeveloped Dakaniya Talav Railway Station in Rajasthan-PHOTOS
2 days agoNovember 5, 2022
Heart-wrenching! Here is a look at Morbi and the suspension bridge that collapsed
1 week agoOctober 31, 2022
In Pictures: PM Modi in Kargil to celebrate Diwali with soldiers, says, ‘All of you have been my family for years now’
2 weeks agoOctober 24, 2022
Read More
×
Given its track record, India has the moral heft to bring the developed countries to the negotiating table
Data Drive: The adpatation agenda
Premium
What’s in a definition?
Don’t sideline side letters
Will Lula’s Brazil be a game changer at COP27?
Pakistan: Chaos at the cross roads and what it means for India?