Why RBI repo rate cut can’t help too much

Lower interest rates will provide a cushion but unless consumers are more confident they will be able to hold their jobs and companies more sure they can sell what they make, they can’t help too much. 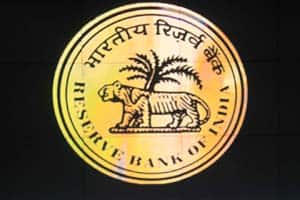 Isn’t it somewhat curious that no major bank — whether peers State Bank of India (SBI) and ICICI Bank or a Bank of Baroda (BoB) — found it necessary to trim its base rate after the steep 35 basis points cut by HDFC Bank? The fact is banks remain unconvinced lower interest rates can stimulate demand — whether from companies or individuals — and so they’re unwilling to risk pressuring their margins. Which is why for all the excitement around a cut in policy rates by the Reserve Bank of India (RBI) expected later this month — some feel it could be as much as 50 basis points — it’s probably the least-important trigger for the stock markets right now. Going by the dull demand data whether for steel or SUVs, it doesn’t look like interest rates are the culprit.

At some point lending rates will head lower — deposit rates are now dropping fast with one-year money fetching savers well below 8% — but for the next couple of years that will merely ease cash flows for companies rather than spur them into borrowing more. Also with inflation likely to remain soft even if not in negative territory — as commodity prices remain soft — working capital needs of companies, at least in the near term, are likely to shrink until there’s a full-fledged recovery and production levels go up.

The more important and worrying fact is that there are few takers for what is called project finance or money that funds long-gestation ventures. That’s seen in the sharp fall in sanctions for private sector project loans of 30% last year; that’s down 80% from peak levels. Moreover the quantum of money that’s been committed and will be drawn down is so insignificant, banks can’t hope to grow their assets by more than 10-11% this year. Indeed, until the debt-equity ratio for companies returns to saner levels, they must focus on shedding debt not adding to it. Which means there’s little fresh capacity expected to come on stream for a few years until the existing surplus is used up. By one estimate for a clutch of 130 companies, capex could fall by as much as 15% this year to just over Rs three lakh crore, on the back of an 8% fall in FY15. That then cannot be good news for corporate bottom lines.

Indian profitability is close to an all-time low with profits having been poor for four years now so the worst is probably over. But in the meantime, the continuous downgrades in the forecasts for corporate earnings — even after the Q1Fy16 results –have left expectations so low. It would be disappointing were these not be met but with the recovery looking like it’s a long time away, especially since the global economy looks even more fragile, one can’t rule out downgrades for another two or three quarters. Lower interest rates will provide a cushion but unless consumers are more confident they will be able to hold their jobs and companies more sure they can sell what they make, they can’t help too much.