According to the initial estimates of the agriculture ministry, kharif production will reach 8.2 million tonnes against 5.4 million tonnes recorded in the last fiscal. 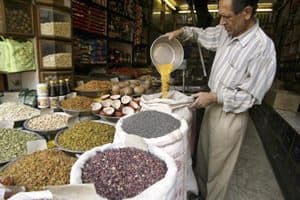 The Centre has also decided to provide milled pulses to states for further distribution in the retail market. (AP)

There are several facets to India’s weak pulse economy. Nevertheless, it is a glorious moment for the country as pulse production is expected around 22 million tonnes in FY17 surpassing all previous records.

According to the initial estimates of the agriculture ministry, kharif production will reach 8.2 million tonnes against 5.4 million tonnes recorded in the last fiscal. This would be possible due to higher allocation of land to kharif pulses by the farmers in response to higher retail prices, increase in Minimum Support Price (MSP) and well distributed rainfall. The area under kharif pulses is recorded as 14.4 million hectares in FY17 against 11.15 million hectares in FY16.

Also Read
Data Drive: IBC delays worse for some
Tightening the screws on AIFs
Reimagining the Code
Making a difference

The same upward trend is expected for moong. The country is estimated to produce almost 40% higher quantity of the grain at 1.46 million tonnes. The production of other kharif pulses is also estimated to be almost double this year.

In view of the higher soil moisture, the agriculture ministry has revised pulse production target for rabi and summer pulses as well. It is expecting a production of 14.41 million tonnes in FY17. Normally, rabi pulse production constitutes around two-thirds of total pulse production in the country. A good pulse harvest will augur well for the pulse economy, i.e., all stakeholders including farmers, consumers and the society.

But, the main question is whether this momentum can be sustained. It is a pertinent question, since the government is unable to honour its promise of procuring a significant quantity of pulses. Data from the ministry of consumer affairs, food and public distribution as on September 20 reveals that the government agencies responsible for procurement of pulses have set up about 200 centres to procure moong at a MSP of R5,225 per quintal. So far, only around 3,273MT of moong is procured and 330 farmers have been covered in the states of Karnataka, Maharashtra, Andhra Pradesh and Telangana.

This is the situation when the farm gate price of moong, a minor pulse with first arrival in kharif crops, has fallen much below the MSP in several markets of the major crop producing states such as Karnataka, Maharashtra and Rajasthan in August and September, 2016. Moreover, the minimum market price for some markets in these states plummeted to R3,800 per quintal against the MSP of R5,225. It implies a loss of R1,425 per quintal to moong growers. Thus, government’s market intervention to protect moong farmers against the falling market prices has proved to be ineffective without any visible impact.

The government agencies procured a minuscule quantity of moong under price support and, therefore, the minimum support price turned out to be notional without having any impact on the falling market prices of moong across various markets of the country. Clearly, it had no visible impact on falling prices below the MSP in the markets across the country. This is the situation when the government is planning to build a buffer stock of 2 million tonnes of pulses.

It is obvious from recent experience of moong that supportive policies of the government, particularly with regards to MSP, are notional in case of pulses since government is disregarding the income losses suffered by the pulse growers due to a substantial gap in the farm gate price and the MSP.

This will certainly discourage farmers to allocate their land to pulses despite sky rocketing retail pulse prices and a good rainfall. All this suggests that the government’s major intervention in the pulse sector through fixing of the MSP needs a closer look and an immediate action should be taken to safe guard the interest of farmers and consumers for the sake of growth of agriculture and welfare of the farming community.

In the absence of reliable price risk cover, growers tend to become wary of investing in improved technology and yield enhancing expensive inputs. In order to save the situation, procurement of major kharif pulses, at an announced MSP, need to be given top priority. Pulse governance is not a matter of announcement of supportive policies unless there is effective and timely implementation in a manner that benefits the growers and the consumers alike.

The ongoing loss of income to moong growers is against the two powerful slogans which promised “minimum government and maximum governance” and “acche din”. The immediate procurement of moong and other kharif pulses at the micro level is a viable solution to protect the interest of the farmers and to sustain the momentum of pulse cultivation in the future.

Tuteja is former director and Vishal Dagar is research fellow at Agricultural Economics Research Centre,University of Delhi. Views are personal