Narendra Modi needs a troubleshooter in Parliament, Sushma Swaraj may well be the answer

It is true that FM Arun Jaitley is PM Narendra Modi’s man Friday in running the govt, but it is also equally true that he has not been able to guide parliamentary floor management of the BJP to any grand success. 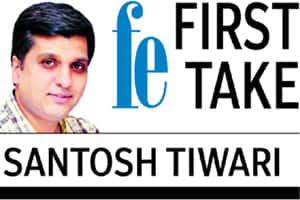 Pranab Mukherjee played a critical role in managing the backroom deliberations during the UPA regime that ensured passage of several contentious legislations including the Land Acquisition Bill and Food Security Bill among others. The Bharatiya Janata Party (BJP) led NDA is badly missing such a master troubleshooter in Parliament.

It is true that Finance Minister Arun Jaitley is Prime Minister Narendra Modi’s man Friday in running the government, but it is also equally true that he has not been able to guide parliamentary floor management of the Bharatiya Janata Party (BJP) to any grand success.

The very nature and significance in terms of their role in the running of the country’s finances, finance ministers can be an important bridge between the ruling and the opposition parties — both Pranab Mukherjee and P Chidambaram had utilised this position in the UPA government to steer the parliamentary work of the government.

In case of Pranab Mukherjee, his vast political experience and acceptability across the board helped the government on several occasions to come out of major controversies, and there are many who still feel that Congress president Sonia Gandhi would have done well by handing him over the prime minister’s job than supporting his elevation to the President’s job.

It is high time now for the BJP to understand the significance of the parliamentary floor management with the Land Act debacle and its inability to push the goods and service tax (GST) Bill in Parliament.

While FM Arun Jaitley is now looking at its passage in the Budget session, it is clear that unless there is a breakthrough in getting adequate support from the opposition parties, including Congress, it will be difficult to pass any reform legislation in Parliament even in future.

In this backdrop, the BJP has to first improve its floor management and this can happen only if it is handled and guided by a leader who can establish a workable link between the opposition ranks and the ruling dispensation.

External Affairs Minister Sushma Swaraj is one politician who comes across as a person who has good experience of parliamentary dealings as the leader of the opposition in the previous Lok Sabha, and has always been seen as a good orator and a convincing attitude.

Her handling of the Indo-Pak affairs must have also won the confidence of PM Modi.

In fact, PM Modi’s successes on the foreign affairs front since the time he has taken over as prime minister, have a lot to do with not only the good work done by the national security adviser Ajit Doval but also Sushma Swaraj.

If PM Modi finds a way out now to ensure that she is leading the parliamentary floor management also for the BJP, there are chances that the deadlock in legislative work could be broken to a certain extent, surely.

FM Jaitley is now getting his act together in handling of the country’s finances and has succeeded in resolving many issues, especially in taxation, that includes MAT on FPIs controversy and cleaning up of the transfer pricing mess, and there is no doubt that the sentiment in terms of government’s executive work has improved considerably as compared to what it was during the UPA regime.

But, handling Parliamentary logjams is a different ball game altogether, and the BJP has to bridge the ‘trust deficit’ here to gain any success.

It may appear difficult to hand over this job to Sushma Swaraj considering the inner-party dynamics of the BJP, but it would be good if PM Modi succeeds in playing this card.