PM Modi wants India to cut urea consumption to half by 2020: Here is how it can be done

Prime minister Narendra Modi gave a clarion call to farmers to cut urea consumption by half by 2022, in his Mann ki Baat address on November 26, 2017. 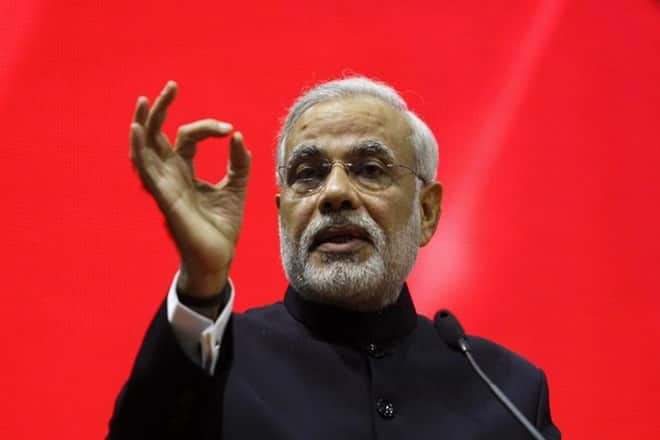 Prime minister Narendra Modi gave a clarion call to farmers to cut urea consumption by half by 2022, in his Mann ki Baat address on November 26, 2017. (Image: Reuters)

Prime minister Narendra Modi gave a clarion call to farmers to cut urea consumption by half by 2022, in his Mann ki Baat address on November 26, 2017. He cited an example of farmers in Tohu village in Hamirpur district of Himachal Pradesh who increased wheat productivity by three times, reduced urea consumption significantly based on soil health cards (SHCs), and increased their income by Rs 5000-6000 per acre. This is indeed an outstanding achievement, if that is really the case. The question, however, is whether that feat can be scaled up at an all-India level by 2022, as the PM has desired, and if so, how? Let us dig this a little deeper to see if this can be done.  In the meantime, it is interesting to note that this call by PM took the entire fertiliser industry by surprise. The industry had its flagship annual event on December 5 and 6, in Delhi, where thousands of global and Indian fertiliser industry stakeholders had gathered to exchange ideas, innovations, and investment plans. India is an important market, consuming about 30 million tonnes (mt) or urea annually, of which about 24.5 mt is domestically produced and the rest is imported.

Most of the industry players had been projecting increasing consumption of urea by India, given the rising demand for food, feed and fibre with higher incomes. So, in this setting, PM’s call for halving urea consumption by 2022 was somewhat puzzling, more so when the government itself is trying to increase urea production by about 5.2 mt by reviving four dormant urea plants in Gorakhpur (Uttar Pradesh), Barauni (Bihar), Talcher (Odisha) and Ramagundam (Telangana).
However, it is also true that for the last five-six years, urea consumption on per ha basis has stagnated in India and overall N, P, and K consumption/ha has also shown some decline (see accompanying graphic). The question is: Was this due to dramatic changes in pricing of DAP and MOP, resulting from the Nutrient Based Subsidy (NBS) scheme, or due to policy of SHCs or neem-coated urea (NCU), or because of falling profitability in several crops for the last four years? May be, it is a mix of all these factors.

It is well known that urea prices in India are perhaps the lowest in the world (hovering around $86/tonne) while the prices in the neighbouring countries in South and South East Asia, and China, are at least 2-3 times higher. Also, the price ratio of urea to DAP and MOP is highly skewed. No wonder, therefore, that Indian farmers are using higher doses of urea (nitrogen) compared to phosphate (DAP) and potash (MOP), and are not getting the best result in terms of yields. Also, there is massive deficiency of micro-nutrients, especially zinc (by about 48%) in our soils, which leads to zinc deficiency in wheat and rice, contributing to stunting of children. This imbalanced use of N, P, and K, therefore, needs urgent correction. Extremely low prices of urea also lead to its diversion for non-agricultural uses as well as smuggling to neighbouring countries—this needs to be checked.  So, given these realities on the ground, PM’s call to slash urea consumption by half by 2022, needs serious thought. This assumes importance as a similar call was given by the PM on February 28, to double farmers’ incomes by 2022, which led to the formation of a committee in the government that has prepared a 14-volume report on how to achieve that! One should not be surprised if similar effort goes in preparing yet another report to halve urea consumption by 2022.

However, there are already at least two programmes, SHCs and NCU to reduce urea consumption, at least in the short run. The policy of NCU has been in place since 2008, when only 20% urea was permitted to be neem-coated; this was raised to 35% in 2010, and then to 100% in 2015. The underlying assumption is that NCU can improve nitrogen-use efficiency (NUE) by about 10% by slowing the release of nitrogen. The SHCs, which have now crossed the 100 million mark, can help rationalise the use of urea, provided they are backed by massive extension on those lines.  But the biggest policy instrument—pricing of urea—remains highly distorted, and so long as it remains in place, it is difficult to achieve any significant reduction in urea consumption despite SHCs and NCU. The record of political parties on pricing of urea over the last 15 years or so doesn’t bring much hope that this pricing will be corrected to reflect its true cost of production. However, there is talk of direct benefit transfer (DBT) of subsidies, and the Modi government seems to have bought that idea in principle.

If the government decides to shift to giving the money-equivalent of the current fertiliser subsidy bill—Rs 70,000-plus crore, directly in farmers’ accounts, and lets the prices of fertilisers be decided by full play of demand and supply forces, it can immediately stop all diversions to non-agri-uses as well as to other countries, and also give right signals to farmers to use N, P, and K in appropriate ratios. It will also excite industry to innovate and bring new products to serve farmers better, a win-win situation. If the Modi government can move quickly in that direction, there is hope to cut urea consumption significantly, at least for some time; else, we are afraid, it may remain just a dream!

(Gulati is Infosys Chair professor for agriculture and Roy is research associate, ICRIER)

Follow us on
Latest News
BrandWagon Ad Talk with Ajit Narayan, CMO, Soxco 
MoCA notifies renaming of Chandigarh airport as Shaheed Bhagat Singh International Airport
IIT Madras provides admission to 87 students from govt schools under Anaivarukkum IITM initiative
Bureau of Energy Efficiency signs MoU with SIDBI to finance green MSMEs
Trade body joins hands with Taiwan for green technology
Pakistan make it to T20 World Cup semifinals with five-wicket win over Bangladesh
Japan government sounds alarm over US EV tax credits
Photos
Dazzling & Astounding! Proposed design of the to-be redeveloped Dakaniya Talav Railway Station in Rajasthan-PHOTOS
19 hours agoNovember 5, 2022
Heart-wrenching! Here is a look at Morbi and the suspension bridge that collapsed
6 days agoOctober 31, 2022
In Pictures: PM Modi in Kargil to celebrate Diwali with soldiers, says, ‘All of you have been my family for years now’
2 weeks agoOctober 24, 2022
Read More
×
Pakistan: Chaos at the cross roads and what it means for India?
Inside track by Coomi Kapoor: Deadline postponed?
Across the aisle by P Chidambaram: No apologies, no resignations
Ringside view by Tushar Bhaduri: Power hitters
Doing Business redux
Paving the way for climate in finance