The PAN-Aadhaar combination will not only make the tracking of individuals easier, it will also be a big source to gather banking transaction information, which can be an important indication of a person’s income profile. 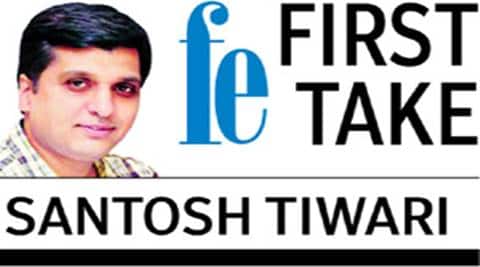 The PAN-Aadhaar combination will not only make the tracking of individuals easier, it will also be a big source to gather banking transaction information, which can be an important indication of a person’s income profile.

The income tax department’s ‘Operation Clean Money’, launched on January 31, for e-verification of large cash deposits made during the demonetisation period, under which 18 lakh people were asked through e-mails and SMS to submit their response on the e-filing portal, should be taken as a pilot project for handling tax evasion in a non-intrusive manner in future.

That the operation saw 5.27 lakh people submitting their responses till February 12, and cash deposits have been confirmed in more than 99.5% of the accounts which they hold — in itself, shows that any information about investments and expenditure of people could be tackled in this manner.

The whole exercise has also identified around 4.84 lakh taxpayers, not yet registered with the e-filing portal, but obviously, a substantial chunk is yet to respond, and forcing them to do that would be a big challenge.

This is where linking of Aadhaar number and PAN could be a major help. Of a total of over 24 crore PANs, the latest data indicate that only 9733664 have been linked to Aadhaar through e-returns.

The moment government finds a way through which the PAN of every individual is linked to his/her Aadhaar – a direct communication link (through SMS or email) will get established between the tax department and the PAN holder, which can be utilized for verifying any expenditure or investment related information.

In fact, in the case of new PAN applicants, Aadhaar verification would mean a speedy allotment also, which is being explored by the Central Board of Direct Taxes already.

As Aadhaar is also increasingly getting linked to the bank accounts of the people, this link can be utilized to trace the income profile of any individual too.

The biggest advantage of this PAN-Aadhaar taxpayer tracking model would be that it will deal with people in a transparent and non-intrusive manner.

While this will reduce the unnecessary fear of the taxman, the PAN-Aadhaar database will also act as an effective deterrent as people would know that any effort to evade taxes will not go unnoticed and they can be questioned about it.

On its part, though, the taxman will have to ensure that the honest taxpayers are not harassed in any way while using this mode to catch tax evaders.